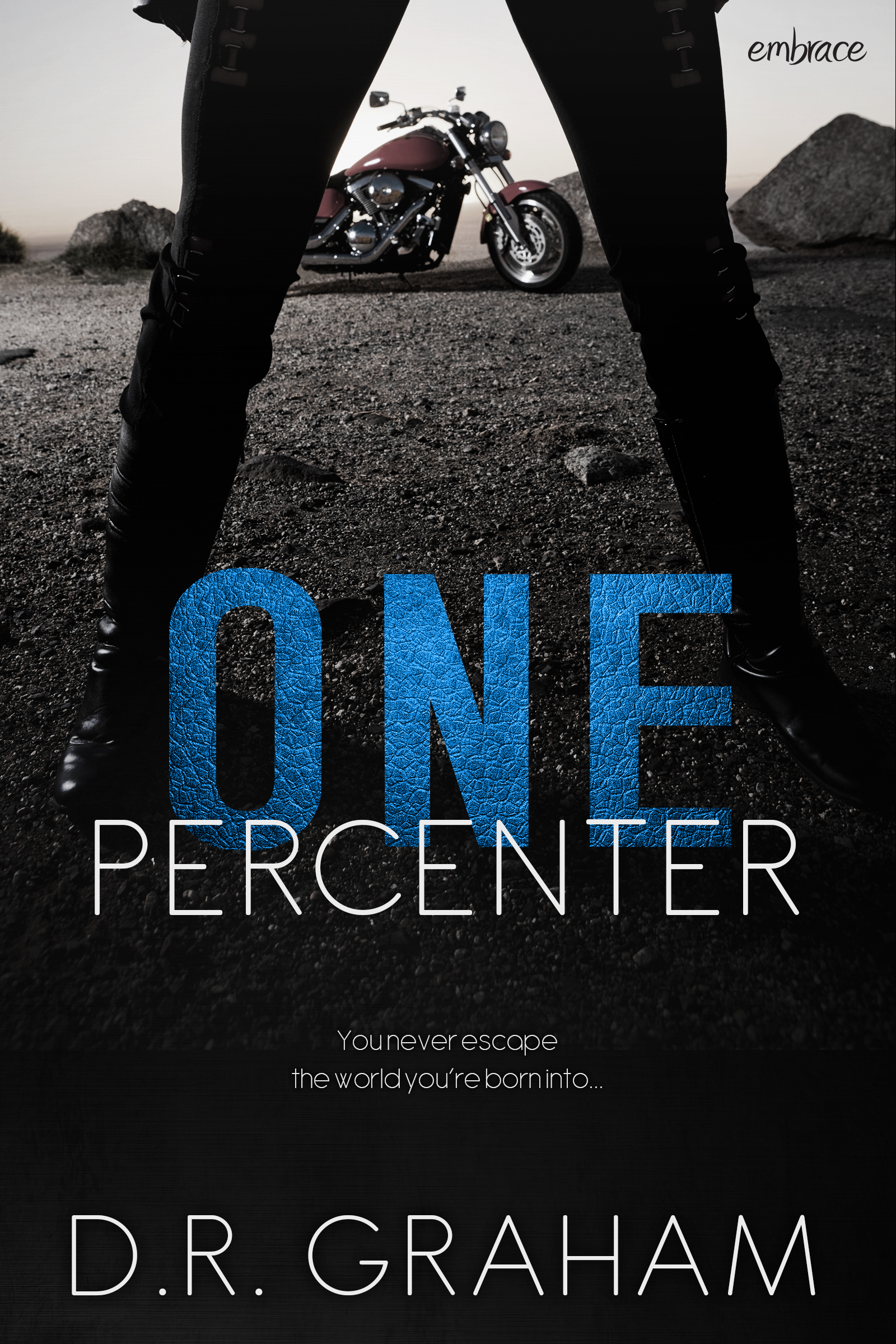 Have you seen the gorgeous new cover for One Percenter by D.R. Graham?  Check it out and let us know what you think. 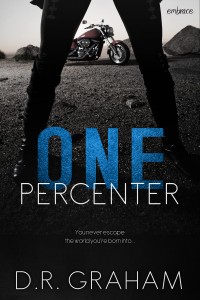 Eighteen-year-old Tienne Desrochers grew up in the rough world of the Noir et Bleu Motorcycle Club. Bikers. Family. Outlaws. But after her dad’s murder, Tienne decides she’s had enough. She refuses to end up like her drug-addicted mom. So she grabs her younger brother and leaves it all behind…including her boyfriend, Aiden Gyllenhall.

More comfortable in the middle of a bar fight than at a country club, living with her wealthy aunt and uncle is an adjustment, to say the least. No swearing. Designer shoes that pinch. And charming corporate types like Leland Crofton instead of super-sexy, tattooed Aiden. But even the upper class can’t escape the toxic touch of underworld violence. And this time, Tienne won’t just learn who she really is—she’ll learn who has her back. 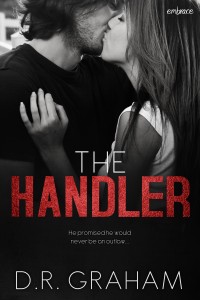 He promised he would never be an outlaw . . .

While searching for the member of an outlaw motorcycle gang who murdered his dad, Cain Allen is offered a boatload of cash to “handle” the stunning teen popstar Lincoln Todd. Although he doesn’t need the headache of a high-maintenance celebrity, getting out of town will help him keep a low profile until he testifies against the other two killers.

Touring Europe with Lincoln proves to be more complicated than Cain anticipated, and despite his efforts, the line between their personal and professional lives blurs. She’s sweet, smart, and totally unpredictable. And he loves it.

But Lincoln’s association with Cain puts her in more danger than anyone could have imagined. When he joins forces with the Noir et Bleu Motorcycle Club to protect her, Cain discovers the lengths he’s willing to go, and the person he’s willing to become to protect the people he loves…

Authors on the Move

As it says in my bio, I’m addicted to British crime dramas. I’m not sure when this love affai…

What should be on your to read list? Take a peek inside The Hometown Hoax by Heather Thurmeie…