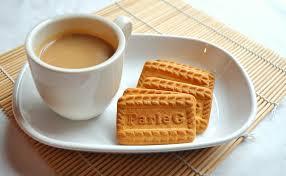 I think most Americans are familiar with chai. Starbucks has it. Except, American coffee stands don’t make it the way it’s supposed to be made. It seems as if someone is always drinking chai, or cha, in Priya in Heels, and once she makes it for her parents. So, I’m going to tell you how to make chai. The real way. Or at least, the way we’ve always made it. There are always variations, but I assure you, it does not taste like the kind of “chai” you get from a coffee stand.

In a saucepan, mix equal parts milk and water. For each cup, add a spoonful of sugar and a spoonful of loose black tea. Bring to a boil. Let it rise to almost overflowing about five to ten times. Keep it from actually overflowing by removing the saucepan from heat for a few seconds or stirring with a spoon. Then pour through a strainer into a teacup. That’s it! 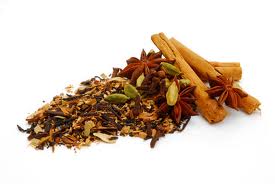 Additionally, you can add a pinch of chai masala for flavor, a dash of ground cardamon or a few sprigs of fresh mint, cinnamon or star anise, or even grated ginger for health. It’s all delicious.

Here’s something we did as children, and I’m not certain if we were alone in doing this, but we turned chai into a morning breakfast. Yep. We added plain corn flakes to chai as if it were milk, and that is really, really delicious. We also added poha, or flattened rice that basically looks like small, white corn flakes. Yum! On days we needed a little extra to fill our bellies, Mummie toasted buttered bread on a skillet and slapped a slice of cheese in between, and we dipped these grilled cheese sandwiches into our chai. Or dunk the popular Indian Parle-G brand biscuits, but only for a literal second because the biscuit will melt and fall off and no one wants a muddy drink. Those were tasty memories. I might just have one of those breakfasts right now. 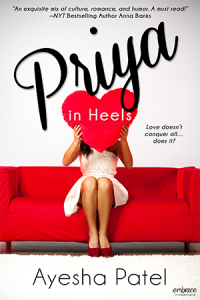 Behind the Book With Selena Fulton

Since I retired, life has not been the hamster wheel it used to be. Now, I leis…

We have two sizzling releases today that you won’t want to miss.  Love our traditional Bliss b…