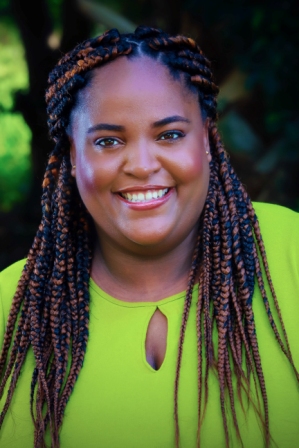 I love watching classical period pieces. They soothe my soul and fill it with warm sweet feelings :). My favorite period to watch is the Regency and Victorian. Naturally that translated into me reading and writing in the same era for my historical romances. I have read from Jane Austen’s Pride and Prejudice, Mansfield Park, and Emma, to Charles Dickens’ Bleak house and Great Expectations, and Henry James Portrait of a lady. All books…that have been adapted to beautiful period dramas and love stories I can only describe as EPIC.

My hubby is just about being fed up of me using terms such as affections, sensibilities, bloody good time, and damnation. For you see, when I immerse myself in these lovelies I tend to speak in a similar fashion…I ummm even walk around curtsying and talking about taking tea and a turn in the garden. LOL.

I will be revealing my favorite period romances today with just a few lines about why I love them so much, and of course in my humble opinion the most epic quote from each film. I fear I cannot do more or I will wax poetic about them for pages upon pages. I also thought it would be rollicking fun to compare them to Scandalous titles I have read and loved! Without much ado here are my top three thrilling period piece film adaptations, which I have devoured at least five times. 🙂 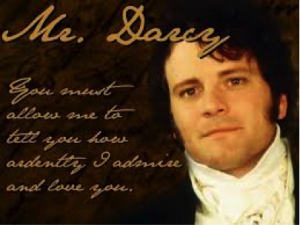 I have watched all adaptations and while they were all executed well, the Pride and Prejudice I am waxing over here is the BBC masterpiece. The most beautiful rendition of a novel that I love dearly. Set in the Regency period, this six part series was masterfully crafted and utterly compelling. Passionate drama unfolds when strong willed, intelligent, but of somewhat inferior connections Elizabeth Bennett encounters Mr. Fitzwilliam Darcy at a local ball, and as Mr. Darcy is arrogant, proud and rude, they are declared enemies at first encounter. Each character was wonderfully drawn with their strength and weakness depicted so beautifully. We are not spared from anything! Star cross lovers, scandals, extremely silly younger sisters, a mother I would not want for anything, a boorish and pompous cousin, a fortune hunting rake masquerading as a honorable solider, wonderful period dances, and swoon worthy love declarations!

Favourite quote: From Mr. Darcy to Elizabeth Bennet. “You are too generous to trifle with me. If your feelings are still what they were last April, tell me so at once. My affections and wishes are unchanged; but one word from you will silence me on this subject for ever.” 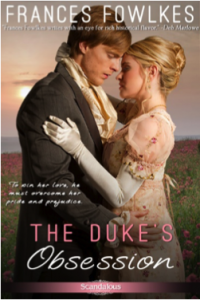 An Entangled Scandalous title with a similar theme—inferior connection, very annoying and interfering mother and different worlds— is the Duke’s Obsession. Our heroine Miss Daphne Farrington despises three things: England’s dreary weather, the grimy streets of London, and most especially the English aristocracy. In this sweet and endearing read we see where Daphne overcomes prejudices long held to find lasting love. 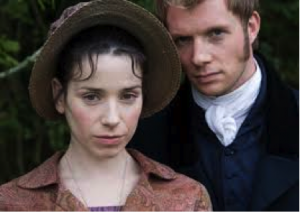 Another Jane Austen Regency adaption! At the age of nineteen Anne Elliott fell deeply in love with young naval officer Frederick Wentworth. But with neither fortune nor rank to recommend him, Anne is persuaded by her godmother, Lady Russell and her family to break off their engagement. Eight years later, when her family has suffered grave financial misfortunes, she reencounters Frederick who is now wealthy and sought after! Suffice to say, Fredrick is no longer interested (or so it seems), and Anne is still assuredly desperately in love with him.

The 2007 Clerkenwell Films adaption had me in shambles. I ached along with Anne for every scene. Lord I felt every bit of love and fear she had in regards to recapturing the love of Frederick. I loved the emotional depth displayed by Anne, and man was I rooting for her despite her passivity in fighting for what she wants. I could see that Fredrick himself wanted her…the looks he gave her when he thought no one was looking…one word SMOULDERING.

Favourite Character: I love Anne…her vulnerabilities and quiet strength were quite endearing.

Favourite line/quote: Anne writes in her journal, crying buckets after she sees Fredrick for the first time in eight years. “The worst is over…I have seen him. We have been once more in the same room. A bow, a curtsy…I heard his voice, and then he was gone.” 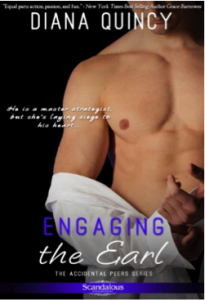 An Entangled Scandalous title with similar themes—redemption, reunited lovers, lack of fortune to recommend hero— is Engaging the Earl. Vivacious Lady Katherine Granville is the toast of the ton, but society’s most eligible miss secretly yearns for her childhood love, an untitled loner who vanished long ago after her father forbade their marriage. Our hero and heroine were similarly separated by lack of fortunes, and our hero went off to war to find wealth. Our lovers were reunited years later…and well tons of fun ensued in this fast pace and enchanting read.

The Count of Monte Cristo 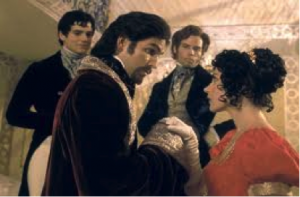 Here I refer to the 2002 intriguing adaptation of Alexander Dumas’ novel. Edmond Dantes is falsely accused of treason by his best friend Fernand, who wants the love of Edmond’s life, Mercedes, for himself. Edmond is imprisoned in the island prison of Chateau d’If for thirteen years, where he plots revenge against those who betrayed him─Fernand, the magistrate who knew he was innocent but wanted to cover up his father’s treason, and later Mercedes who wed Fernand only a month after losing Edmond. With the help of another prisoner, Edmond escapes the island and proceeds to transform himself into the wealthy Count of Monte Cristo, stepping into the high society where his preys reside!

What is more perfect than lovers ripped part by a jealous and wicked libertine of a friend? What is more fantastic than a tortured hero betrayed by those he held dear, escaping from prison bent on revenge? Possibly only some ice cream and that is stretching it! I cannot express how much I loved this adaption. Visually exciting, and emotionally charged. I ached for Edmond and felt the torture he suffered through. The devastation he felt upon losing Mercedes and the apparent naked need for her when he reencounters her….were beautiful!

Favourite Character: Edmond Dantes aka The Count of Monte Cristo, aka Zatarra.

Edmond: If you ever loved me, don’t rob me of my hate. It’s all I have.

Mercedes: I don’t know what dark plan lies within you. Nor do I know by what design we were asked to live without each other these sixteen years. But God has offered us a new beginning…

Mercedes: Don’t slap His hand away.

Edmond: Can I never escape Him?

Mercedes: No, He is in everything. Even in a kiss. 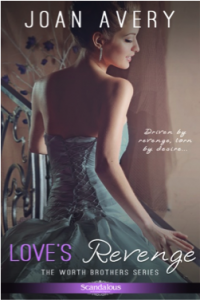 An Entangled Scandalous title with similar themes—revenge, second chances, son and father reunited—is Joan Avery’s Love’s Revenge. Only the promise of revenge against the man who framed him for murder and the love for Andy, his son, who was taken by the beautiful but vexing sister of his dead wife kept Stephen Worth alive. This is an enchanting tale of love, forgiveness and revenge against the beautiful and savage backdrop of the western plains of America.

That’s it for my top three thrilling period romances, but here are some titles which I’ve watched at least five times and would also highly recommend. I couldn’t wax sweet stuff about them here because my post would just be uber lengthy. LOL. My honorable mentions are: Elizabeth Gaskell’s North and South, Charlotte Brontë’s Jayne Eyre, and Jane Austen’s Sense and Sensibilities.

Thank you for reading! As I am always looking out for awesome period dramas and romances to devour, please share your favorite whether it be films or books!

Stacy is an avid reader of novels with a deep passion for writing. She especially loves romance and adores writing about people falling in love. Stacy lives a lot in the worlds she creates and actively speaks to her characters (out loud). She has a warrior way, never give up on her dreams. When Stacy is not writing, she spends a copious amount of time drooling over Rick Grimes from Walking Dead, watching Japanese anime and playing video games with her love, Dusean Nelson.

Behind the Book with Reese Monroe

When I’m forced out of my hobbit hole of introversion and end up at a party, I …