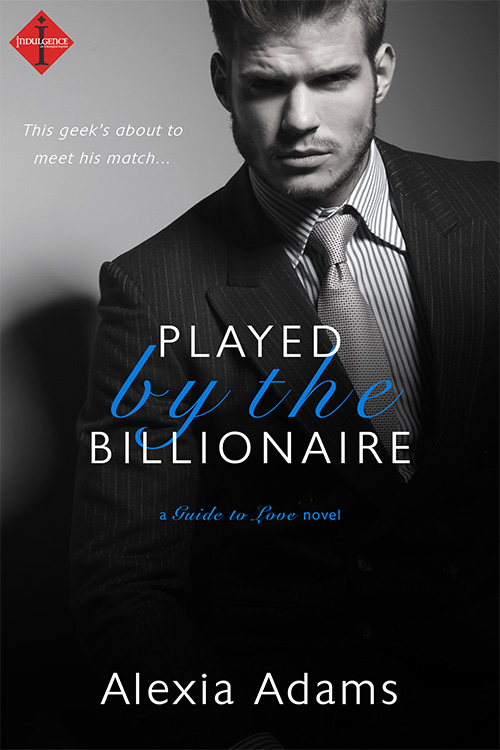 Played by the Billionaire is a book where the end result was quite different from my original story idea. It all started a couple years ago when an author friend asked about the potential of a book where the hero was a writer—did I think it would work? Every story will work if you write it well, but her question sparked an idea. What if the hero were a writer, but didn’t want to be? But why would he do something he didn’t want to, especially writing which takes so much personal dedication? Obviously it would have to be because he promised to do it for someone he really, really loved—Marcus the older brother was born and my hero’s backstory started to come together.

At this point I had a hero (Liam) doing something he doesn’t want to, but what did he really do? Well, given his past, an Internet security expert came to mind. Someone who could immerse himself in a world apart from people and become very successful. My first vision for Liam was more along the lines of Sheldon from “Big Bang Theory”, a socially-awkward virgin who was thrust into the world of dating against his will. I imagined him overcoming his awkwardness through the encouragement of the heroine.

Then I signed up for the Savvy Author/Entangled Smackdown event, where Entangled editors comment on the stories ideas of the writers in their group. “No virgin heroes,” I was told.  And if I wanted to write for the Indulgence line, he had to be an alpha male—one who knew his way around a woman’s body. Overnight Liam went from a shy, geeky man-child to a hot, sexy billionaire who whisked supermodels to his house in Antigua on his private jet. (Liam, by the way, was ecstatic at the transformation.) However at the core, was still a man who had never been loved, and didn’t think it was possible for him to love someone more than his work.

The heroine Lorelei changed job three times during the editing phase. I wanted her to be an everyday woman, someone like me who did her best in a fairly mundane job (my past career, not writing which is never boring). I was told though, that she needed more of a challenge, so she eventually became an Event Director for a children’s charity. What didn’t change though was her romantic nature, believing in love. She was the perfect foil for the unlovable Liam. And although Lorelei got a job promotion during the write, she stayed true to her main goal—love and a big happy family. The exact opposite of what Liam wants.

So, although the story changed over the course of writing and editing, I love it even more now. I hope you enjoy it, too.

Learn more about Played by the Billionaire and Alexia Adams

#Throwback Thursday - Take Me Out to the Ball Game!

*** Blood Money is the sequel to Burnout, my very first published novel—an exciting moment, to be su…