I’m a country girl, through and through. I was raised in a place where shoes were optional, and we were lucky to see one car a day pass down our rural, dirt road. I grew up on the back of a horse and spent many summer days riding from sunup to sundown. Naturally, the “West” drew me like a flame. Moving to Montana to work for the National Park Service, writing books, and meeting a tall, dark, handsome rancher were in my plans after high school. Hah! Best laid plans, right? 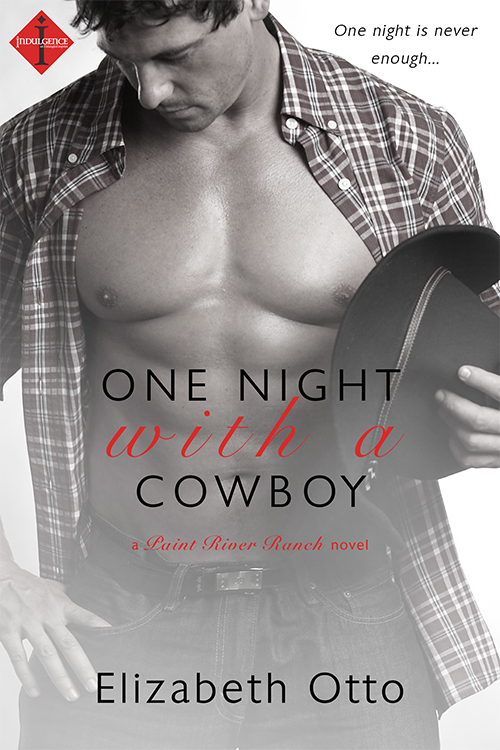 Ultimately, I happily married a country boy and remained in the Midwest, though I never lost my dreams of ranching life. After my second child was born, my immune system took a hit and I developed a severe allergy to horses. How’s that for a kink in the plan? So I did the next best thing to actually living on my Montana ranch; I wrote about it. The first sketch of the Paint River Ranch series came along over six years ago as a few lines written on a napkin. But as life, work, and motherhood got in the way, I forgot about that story, and put off my dreams of becoming an author.

As I approached the big 4-0 two years ago, I figured it was now or never to try my hand at this writing-a-book thing. While plotting ideas with my writing group, I had the random thought, “What if you got off a bus in the wrong Montana town?” and something clicked. I remembered the lines I’d written on that napkin as clearly as if I was looking right at it, and the sketch for the Paint River Ranch series was born. ONE NIGHT WITH A COWBOY is the second book in the series, and is near and dear to my heart. The heroine Sophie travels a path of self-discovery, and personal loss that closely resembles one I walked not long ago. She gets one big perk for her trials and perseverance though: Tucker Haywood! A tall, moody, fiercely loving cowboy who co-owns a multi-million dollar cattle ranch, and raises beautiful horses? Yes, please!

Dreams don’t have to be forgotten when they seem impossible to reach. Sometimes they can take on a new form. Paint River Ranch has everything I ever imagined a ranch should have, including the smokin’ cowboys, and in so many ways, fills up that part of me that always longed to ranch. Come on over and meet Tucker and the boys at Paint River. I think you’ll like it there.

One Night with a Cowboy

Tucker Haywood has his hands full running Paint River Ranch and trying to deal with all the changes pulling the rug out from under him. His past has taught him it’s better to keep women at arm’s length, for their sake. Stubborn and temperamental, Tucker doesn’t have a clue how to deal with a city girl who’s scared of squirrels and dirt. So when Sophie Miller gets under his skin, he has to do whatever it takes to push her away. Even if it means losing the part of himself he never thought he’d find.

After personal tragedy, ex-cop Rylan Frederickson takes a job on a dude ranch and finds herself attracted to the sexiest cowboy there… her boss. Letting a new woman into their lives is the last thing Cole Haywood wants for himself and his daughter, Birdie. But Rylan breathes new life into his family. When the sparks between them turn into fireworks in bed, Rylan’s torn between the family she’s lost and the one she may have found. Now she must decide if something that feels this good is worth the risk.

Posted in: Authors Speak Out, Behind the Book, FeaturedTagged: Elizabeth Otto, Indulgence, One Night with a Cowboy
Previous

My first new adult, contemporary romance, SUMMER GIRL, is coming out from Entangled/ Embrace on Augu…

Happy Holidays! I hope everyone has a break from work and is enjoying time with family and friends. …