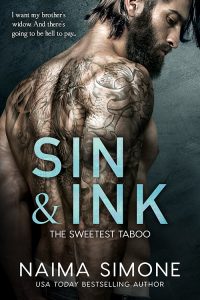 Being in lust with my dead brother’s wife pretty much guarantees that one day I’ll be the devil’s bitch. But Eden Gordon works with me, so it’s getting harder and harder to stay away. I promised my family—and him—I would, though.

My days as an MMA champion are behind me. But whenever I see her, with those wicked curves and soft mouth created for dirty deeds, it’s a knock-down fight to just maintain my distance. “Hard Knox” becomes more than just the name of my tattoo shop. However, surrendering to the forbidden might be worth losing everything… 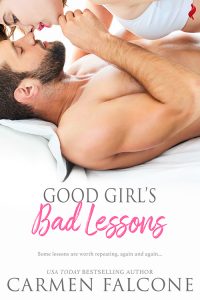 Translator Emma Cavanaugh will do anything to win her ex-boyfriend back—including summoning her brother’s best friend, Italian billionaire and playboy Nico Giordano, to give her much-needed lessons in the art of seducing and pleasing a man. Sex was never her thing, so if anyone is going to know how to teach her how to be bad it’ll be Mr. Sex-on-A-Stick himself.

Nico doesn’t want any part of the crazy plan to teach Emma to be the mayor of pleasureville because not only will her brother kill him, but little does she know he wants nothing more than to taste her, touch her, and hear her moan his name. So that’s a hard no…until she begs him to show her, to let her be his student for a month of blistering hot instruction that will make not only Emma’s ex panting for more, but Nico as well as it turns out. 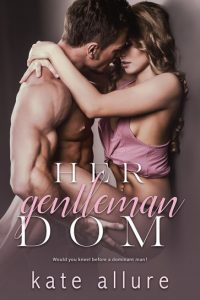 Her Gentleman Dom by Kate Allure

Would you kneel before a dominant man?

Lilli is thrown together with a wickedly sexy British architect on a San Francisco building project, but her paralyzing attraction to the man could ruin her career. An experienced Dom, Finn never initiates unsuspecting, young women into his dungeon, but hints of her sexual subservience along with her can-do spirit are irresistible. After a night of passion, Lilli discovers his true nature and runs, only to return later and offer her submission, but Finn doubts she’ll have the moxie to survive his training. It’s up to Lilli to prove she can flourish under his loving bondage.

Top 5 Take Me Back Songs by Vanessa Riley

I’ve always had a thing for romantic relationships that grow out of friendships. I love books, movie…