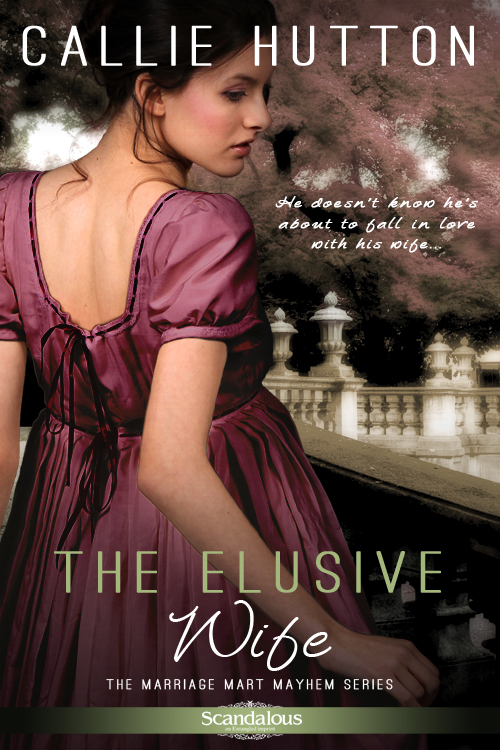 Oftentimes I’m asked where do I get the ideas for my books. The answer is an easy one.

Ideas spring from a song on the radio, a book I’m reading, a dream, a movie, or a conversation between two people while waiting in the line at the store.

The idea for The Elusive Wife, the first book in my Marriage Mart Mayhem, series came from the name of a little girl sitting in front of me in church. Once I heard her mother call her “Olivia” the entire story came to me. Instead of listening to the pastor preach, I outlined the book on the back of a blank check.

My most recent release, The Duke’s Quandary, book number two in the series, was somewhat planned when I wrote the first one. Drake, the Duke of Manchester is best friends with the Earl of Coventry in The Elusive Wife. I knew when I wrote that first story that Drake would have his tale next.

But how could I torture him in his story? He had to have a heroine the exact opposite of him. He was a really nice guy in The Elusive Wife, but I didn’t want a nasty heroine. So—I made circumstances in Drake’s life different, therefore, he was different. A bit high in the instep, unsure of himself, and trying hard to hide it. Now I could create a heroine who would be his nemesis.

Years ago I saw a movie with Elaine May and Walter Matthau, called A New Leaf. Elaine May played the bumbling, unsophisticated botanist Henrietta Lowell. I 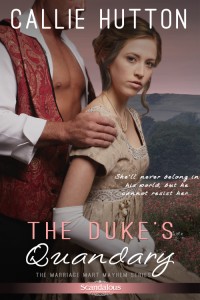 rented the movie to refresh my memory, and halfway through I knew I had my heroine—Penelope Clayton, shy, accident-prone botanist.

The Duke’s Quandary is nothing like A New Leaf (in that story he marries the botanist with the intent of killing her—that would never work in my story), but the female characters are similar.

I learned more about botany that I probably wanted to, but in the process of my research I corresponded with a very nice lady from The Linnean Society in London—which is woven into my story. She gave me some very interesting information about the society. Including the fact that author Beatrix Potter wrote a paper for the organization, but was unable to present it because women were not allowed membership.

Coming up with story ideas is easy enough, it’s finding the time to write them all that’s a challenge!

Get The Elusive Wife! 99¢ for a limited time.

Read an excerpt from The Duke’s Quandary!

Posted in: Authors Speak Out, Behind the Book, FeaturedTagged: Callie Hutton, Scandalous, The Duke's Quandary, The Elusive Wife
Previous

Two More Indulgence Titles to Indulge Yourself With This April!

39 Replies on Behind the Book with The Elusive Wife, The Duke’s Quandary, and Callie Hutton

#AuthorLife Post Living the #authorlife is really awesome. Seriously, best job ever! I get to…

Tarzan and Jane   My very first TV boyfriend was Tarzan. Nothing was more romantic to me…