My journey to becoming an author is different than a few others in the sense that I never dreamed of becoming one at all. I never walked into bookstores and gazed at the shelves, imagining my name printed among the others. Instead, I bought the books written by legendary authors. I read them and loved them, and somewhere along the way, I decided I wanted to teach middle school English.

I graduated from college with degrees in English (only one creative writing class, in which I earned a “generous ‘C’”) and Psychology (I can diagnose a personality disorder like nobody’s business). I accepted my first teaching assignment (10th grade English) while I went to school at night to earn my credential. I taught high school for two years in a small northern California town and loved every minute of it.

Still, chugging along into my twenties, I had no desire to write a novel.

I wanted to teach, but what I wanted more than that was to be a stay-at-home mother. With my husband’s support, I quit teaching and went to work caring for my little one. The transition from interacting with over a hundred bustling students to one drooling (see: cute and cuddly) newborn was…staggering.

Staying home was more difficult than I’d thought. By a freaking long shot. I started to waver about my desire to stay home. My brain was mush, my nerves were frayed, and I fought tooth and nail for “me time”, though I didn’t really know what I wanted to do with the time when I got it. I mean, if not teaching or going to school, what was I passionate about? Working out? Trying a new recipe? Researching natural lotions? I loved being a stay-at-home mother, but I didn’t want to lose myself in the process. (Mothers of the world, do you hear me?) I’d lost my identity, my way.

One day, my husband suggested I get back to reading. You haven’t read since the kids were born, he’d said. You used to devour books. But my “me time” was precious. I wanted to read something that I wanted to read, something with a premise that spoke to me. Problem was, that very specific book didn’t exist. Why don’t you write the book? Husband had said. 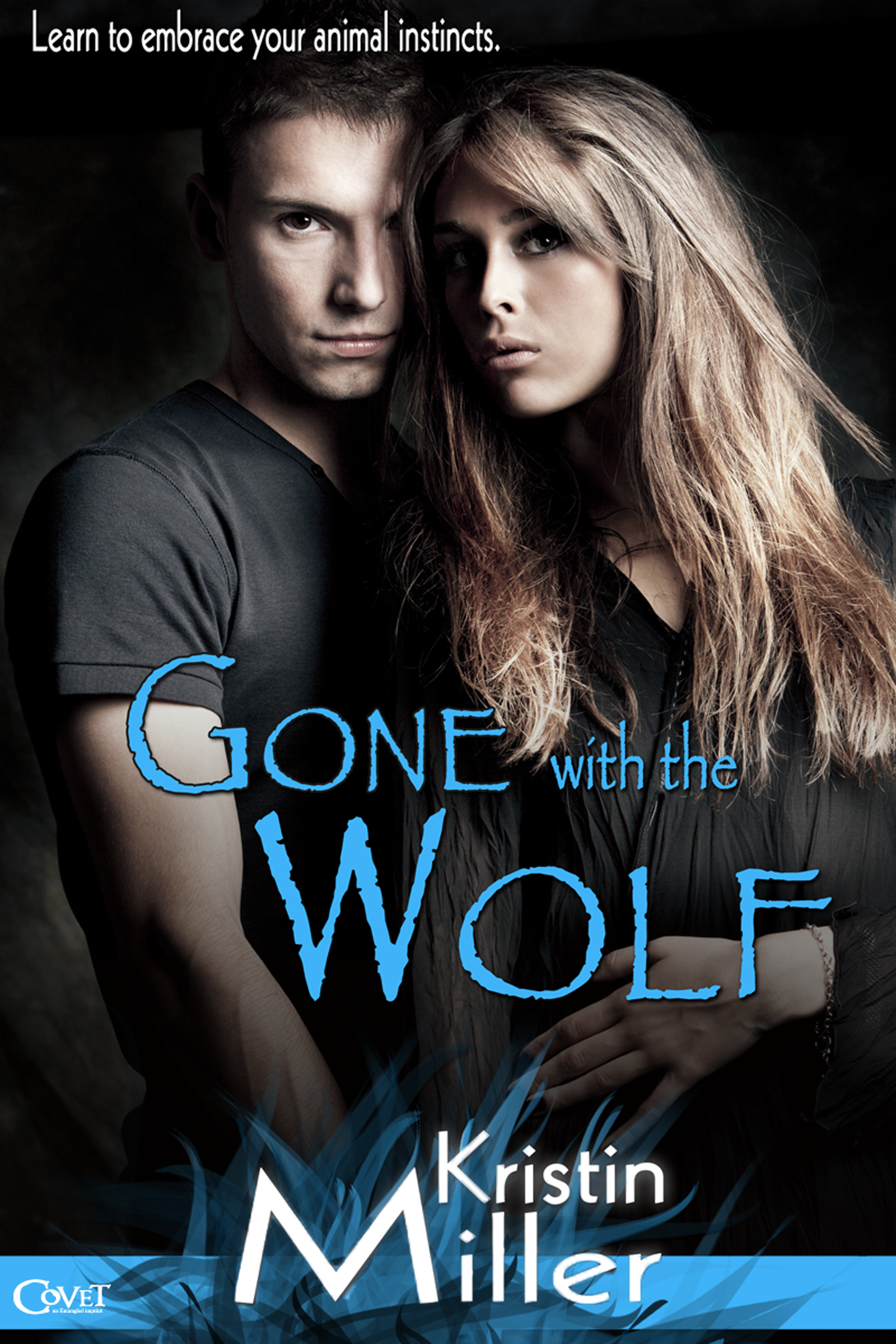 I had written a book that was utter crap. It was a romance, I was sure of it…except I killed off my hero in the end. Publishing houses didn’t scream my praises or mail me contracts. Shocker, right? Rather than toss the book aside, I went to a writing conference (RWA National in Washington D.C.), and learned about the craft. I realized that although that book would never sell, I enjoyed the process immensely.

I wrote another book. After one hundred and three rejections, it sold to a small e-only publishing house. I wrote a third book. And a fourth. I sold those two books to one of the Big 6 after another handful of “positive rejections”. I’d always kept my eye on Entangled. I’d heard about their wild success stories and wondered what they were doing differently than the other publishers who’d been around for decades.

What better way to test the heat than to jump into the flames?

I started writing Gone with the Wolf for Entangled’s Covet line, targeted for Liz Pelletier. She bought three books in the Seattle Wolf Pack series based on the first chapter of the first book alone. Three weeks after publication, Gone with the Wolf broke into Amazon’s Top 20 for both Paranormal and Fantasy & Futuristic, topping at #551 overall in the Kindle store. It became a national and international bestselling book almost instantly. It blew away my expectations, selling more than my other books given the same amount of time. My writing didn’t improve drastically from one book to the next. I didn’t come upon a magic formula for writing a paranormal category romance novel or schedule some radically new blog tour that allowed the world to discover my book. As far as I was concerned, Entangled played a huge role in getting my book seen by the masses.

What, then, does Entangled have that other publishing houses don’t?

They have super savvy people in charge who get things done and aren’t afraid to make executive decisions at the last minute. They have teams of people working for each line who are dedicated to making the books sell, even if that means doing things that are unconventional or risky. If something’s not working, they ask questions. They mold and adapt. With an industry suddenly ruled by “one-clicks”, the ability to see what isn’t working and quickly change it, is essential. More than that, the people at Entangled genuinely care about their books and the authors behind them. Because of their investments (both personally and professionally) Entangled is, in my opinion, one of the top publishers in the country.

I’ve learned that everything boils down to investments. Because I’ve invested my blood, sweat and tears into the book I’m crafting, I’ve created something that the folks at Entangled want to invest in, too. Because they’ve invested their time, energy and insight into my books, they’ve helped turn a “writing hobby” into a career. I’m now able to supplement my husband’s income and help support our household, which is something I never dreamed possible. Beyond that, I’ve invested in myself and my journey toward becoming a stronger, more confident woman, and I’m a better wife and mother for it.

About Gone with the Wolf

2 Replies on Behind the Book with Covet Author Kristin Miller

Many Entangled readers weren’t even born in the 1970s, but I spent my teenage years in…