It’s February 2003 and I’ve recently given birth to my first child who sleeps in her bassinet beside me.  My husband is out of town, the hour is late, the day has been long and like any new mom desperate for sleep, I find it elusive.  So I pick up the book on my nightstand, the one I’ve been waiting for this exact moment to read.  It’s by Marian Keyes, my new favorite author.  I haven’t read the jacket, nor will I.  I have no idea what it’s about.  I just know that I can relate to Keyes’ fiction and that she pulls me out of the depression I’ve found myself in during the last couple of weeks.

The book is The Other Side of the Story, about a successful literary agent who’s sleeping with her boss, her bestselling author who is waiting for karma’s swift kick after she’s stolen the love of her best friend’s life, and the best friend, who is an event planner, that serendipitously ends up with a book deal negotiated by her former best friend’s literary agent.  After devouring the novel, a light bulb goes off—so that’s how writers get published.

By pure and total accident.

I’ll write a book one day and now that I know what to do, I’ll totally get published.

Fast forward to fall 2004.  I’m prego with baby number two and my corporate job that I once loved is like a Death Eater, sucking the very joy out of my soul.  I’m riddled with guilt that someone else is raising my child, but I also know the stay-at-home mom thing isn’t for me, either.  Memories of post-partum depression haunt me.  Hubs and I barely made it through the first round that medication only seemed to make worse.  Why in the world did we ever think we could do it again?

I have to do something to get ahead of this thing.

I remember I used to like to write once, long before I became enthralled by other people’s words.  Whatever happened to that?  What happened to that girl who used to have so much to say?  The one who used to ask questions and have fun and laugh all the time?  She was still in there somewhere and I vowed to find her.

2008 rolls around.  I’ve long since quit my job, my kids are healthy and full of energy, I’m still married—mostly happily—I’m writing every free second, thrilled that I’ve actually finished a manuscript.  Didn’t I once read a novel about a writer and a literary agent?  I think I’ll get one of those.  Seems pretty easy. 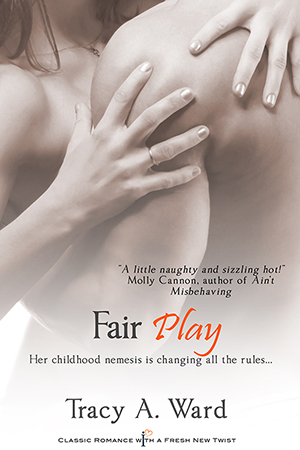 2010.  I’m sitting in an old church the city of Euless, Texas has turned into some sort of community center.  I’m pretty sure AA meetings are held here, but so is the DFW Writers Workshop, a live read and critique group that is in equal measures support and its own blend of soul crushing, depending on how good the material you’re reading that night is.  I’m standing in a room in front of 50-60 other multi-genre writers, giving stats on how many agent/editor requests I’ve received, but mostly how many rejections.  As a group we could circle the globe with our rejection slips.  Finding an agent and getting published isn’t easy at all.  In fact it’s work.  Hard work.  But like everyone else in that room I’ve found my passion.  And like those addicts who meet before or after us, I can’t stop even if I want to.

2012.  I’m sitting in the upper deck of The Book Carriage bookstore and coffee shop in Roanoke, Texas this time, with another group of writers.  Romance writers mostly.  We formed a critique group a year or so prior and try to get together in person every few weeks.  A few in the group have agents and are multi-published.  The rest of us are not.

“You should submit to Entangled,” one CP says to me.  “Have you heard about The Marriage Bargain?”

“I already have submitted,” I reply.  “Rejection.”

“Ever read a category romance?”

“Never,” I say.  And I didn’t submit to the category line either.

“Read these,” she rattles off three or four titles.  “Write something for their Indulgence imprint.  I hear they’re looking for new voices.”

I go home that night and contemplate the term “insanity.”  Maybe it’s time to step outside my comfort zone because let’s face it, I’m getting nowhere fast inside it.  So I down load five or six of Entangled’s category romances and spend the next couple of days devouring them all—including The Marriage Bargain.  I’m impressed.  These little books turn out to be pretty addicting.  But can I really pull something like this off?

“I can do this,” I tell my CP’s via email a couple of days later.  “I’m thinking the plot should involve a theater.  The heroine is a playwright and her enemy becomes her muse.”  So we get together again, this time with the sole purpose of plotting our next novels and a few months later I’ve signed my first book contract.  It’s with Entangled Publishing’s Indulgence line.

Fair Play is that book and there was nothing easy about the process, nor did it happen by accident.  Like so many other writers who started with the seed of an idea that grew into an all-encompassing dream, I did two things consistently—I wrote every single day (and still do) and I never gave up.  Here’s hoping one day soon I write a follow-up to this post.  Maybe it’ll be called Behind the Bestseller!

I’m Ashlyn Carter, playwright. Who knew writing three plays for a nationally acclaimed theater in Phair, Texas, would put my inheritance at risk and force me into constant contact with the very guy I love to hate?

With one chance to prove to my overly controlling father, who says I can make it as a playwright or else lose my inheritance, I’ve suddenly developed a major case of writer’s block. My director claims my older brother’s best friend, Noah Blake—the jerk who interferes with nearly every aspect of my life—is my muse. Hah.

Now Noah and I must act out scenes from the play I’m writing in order to “trigger my creativity.” The spark of passion I’d felt for him as a teenager flares up again, much to my irritation. But wow—can he ever inspire a great scene. Maybe Noah isn’t the enemy the way I once thought.

Get Your Flirt on with Eat, Play, Lust!

A Vampire Blood Bonus Fairy Tale. Part Two. “Won’t you tell me?” Pulling a jar from his stall shelve…