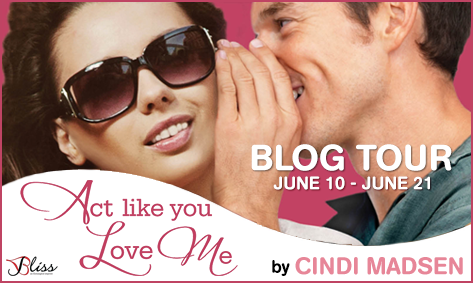 Cindi Madsen, bestselling author of Falling for her Fiance and All The Broken Pieces, has another irresistible story for you!

Act Like You Love Me releases on June 10th and we’re kicking off the blog tour!

Follow the tour and enter the giveaway for a chance to win a $25 gift card, an adorable fish figurine and copies of Cindi’s books! 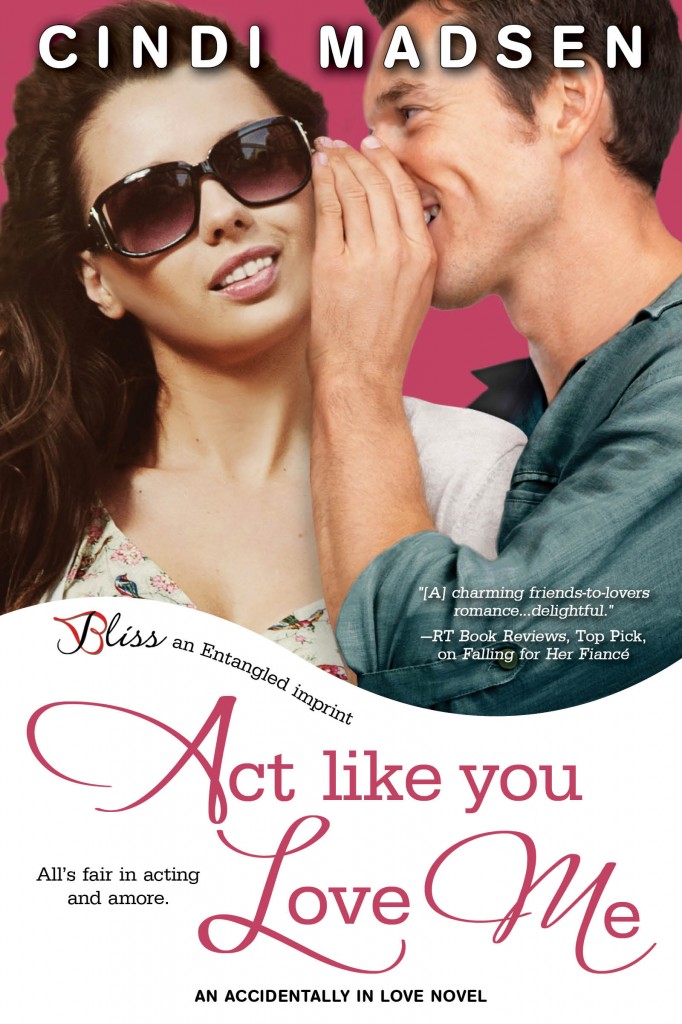 All’s fair in acting and amore…
Brynn McAdams isn’t the awkward drama geek she was in high school—she’s grown up and confident, or at least she likes to think so. But when her old crush, the impossibly handsome and impossibly unattainable Sawyer Raines, comes back to town to direct her community play, Brynn finds herself determined to be someone other than the girl he doesn’t even recognize. Good thing she’s an excellent actress.
After his bad breakup in NYC, the last thing Sawyer wants is to get involved with another actress. But the glamorous and beautiful Brynn draws him in, even though as her director, he knows she’s off-limits. There’s just something about the woman that feels…familiar. Like home.
As Brynn’s lies start to snowball, she struggles to stop acting and come clean. But what if Sawyer is already falling for the fake Brynn, not the Brynn she truly is?

Into the Fire Blog Tour

When I write, I like things to come full circle (like the end of Moonstruck when everyone shows up i…

Arrr! Who doesn’t love pirates? Tomorrow is National Talk Like a Pirate Day so why not settle …