Make way on your virtual book shelf (we love how easy that is!) because the April Indulgence titles are here and ready for download.

Take a gander and warm up your eReaders… 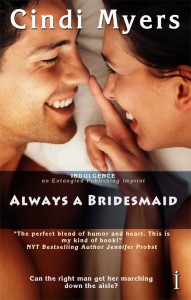 Love can be a volcano…

After two failed relationships and six stints as a bridesmaid, Stephanie Ludlow is convinced she’s man-poison. So when her hormones point due south to her sexy new landlord, she throws up every guard in her arsenal to protect herself from heartbreak. Problem is, her cache is sadly lacking.

When Mike Brubaker’s wife left him, he focused all his energy on raising his nine-year-old son and providing a stable home. Relationships are a complication he can’t afford–until Stephanie walks into his life. She’s intelligent, irresistible, and driven, and he can’t take his mind off her, no matter how hard he tries.

Will interfering friends, an over-protective dad, and past mistakes keep them apart, or will they fight for the happiness that each deserves? 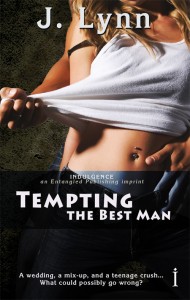 Madison Daniels has worshipped her brother’s best friend since they were kids. Everyone thinks she and Chase Gamble would make the perfect couple, but there are two major flaws in their logic: 1) Chase has sworn off relationships of any kind, and 2) after blurring the line between friends and lovers for one night four years ago, they can’t stop bickering.

Forced together for her brother’s wedding getaway, Chase and Madison decide to call a truce for the happy couple. Except all bets are off when they’re forced to shack up in a tacky 70’s honeymoon suite and survive a multitude of “accidents” as the family tries to prove their “spark” can be used for more than fighting. That is, if they don’t strangle each other first… 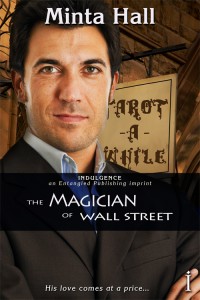 He’ll have to win her heart…and save her life

Oliver Pendragon’s days as the Magician of Wall Street are over. He’s lost everything: his business partner, his reputation, and the love of his life, Abby Daltry. When Abby’s father offers him a way to get everything back—including Abby—Oliver can’t refuse.

Abby Daltry wants nothing more than to break away from the controlling men in her life.  When a tarot reading reveals that she’s in danger and that her ex-lover will be returning to her life, she’ll do whatever it takes to prove her independence.

Oliver will stop at nothing to prove his love and to protect her from the man out to kill them both, but Abby finds out the truth about his deal with her father and issues an ultimatum: he can have her or the company. As danger looms and shots fly, will Abby give into the passion that rises to the Magician’s command—the Magician who all-too-easily controls her heart?

Indulge in Romance, and enjoy!

Sinners I Love to Hate My After Hours series with Brazen features some pretty sexy bad boy heroes. M…

Nina Croft has joined us today for a bit of Straight Talk!   When you are getting ready to star…