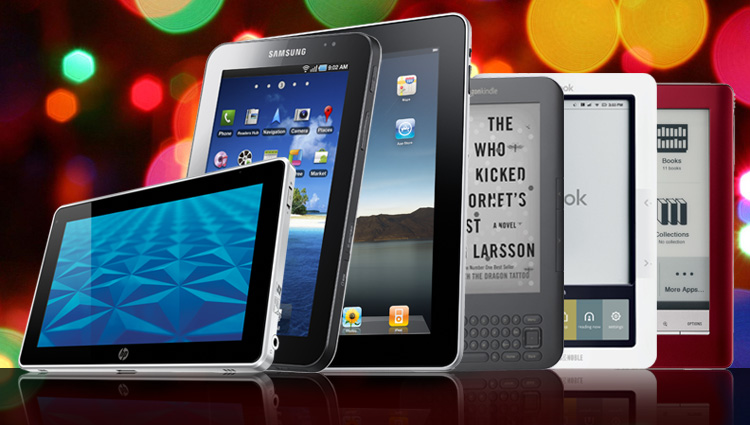 We’re willing to bet that a whole lot of readers are treasuring their new e-reading devices today.  Now it’s time to fill them up with some amazing titles!  We have just what you need.

Check out some of Entangled’s fantastic books in their e-versions, and download them now! 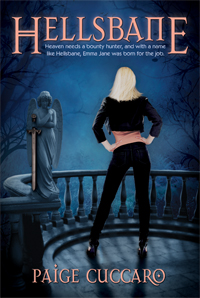 Emma Jane Hellsbane just found out she’s not human—or, at least, not only human. She’s half angel, too, and now Heaven’s got a job for her: round up all the Fallen angels and their red-skinned, horned devil-demon minions and boot their butts back into the abyss. Only problem? The demons and their Fallen masters fight back…and they don’t fight fair.

Luckily for Emma, she can put a stop to the constant threat of having her head hacked off if she figures out which Fallen angel is her father—and then kill him before he kills her. Of course, in the meantime, she’ll have to avoid accidentally seducing her angelic mentor, help an old friend conquer his own Fallen sperm donor, and basically save the world from a cataclysmic divine smack down.

No one said being Heaven’s bounty hunter would be easy. But with a name like Hellsbane, Emma Jane was born for the job.

Under the Moon, by Natalie J. Damschroder 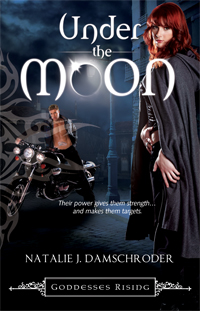 Their power gives them strength…and makes them targets.

Quinn Caldwell is the epitome of a modern goddess. Her power source is the moon, her abilities restricted only by physical resources and lunar phase. She runs a consulting business and her father’s bar, serves on the board of the ancient Society for Goddess Education and Defense, and yearns for Nick Jarrett, professional goddess protector and the soul mate she can never have.

But someone has developed the rare and difficult ability to drain a goddess of her powers, and Quinn is a target. With the world thinking Nick has gone rogue (whatever that means) and that Quinn is influenced by “family ties” she didn’t know she had, keeping themselves safe while working to find the enemy proves harder each day.

But not as hard as denying their hearts…

Touch of the Angel, by Rosalie Lario 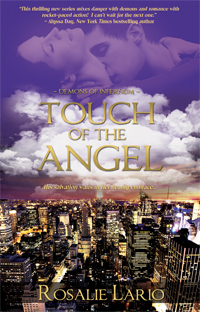 But the happily ever after Amara’s dreamed about will have to wait. Before she and Ronin can find salvation, they must bring down the madman hellbent on destroying everything—and everyone—they love. And Ronin and Amara are at the top of his list…

The Last Awakening, by Rachel Firasek 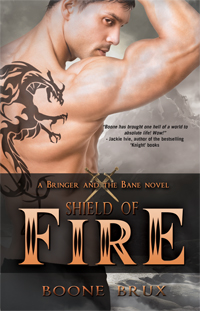 Shield of Fire, by Boone Brux

In one night, Ravyn’s life plunges from barely tolerable to deadly. Forced to flee the only home she’s known, she stumbles headlong into the clutches of Icarus, a powerful demon intent on stealing her powers. Unfortunately for him, she has no intention of cooperating.

When Rhys realizes the woman he’s rescued from the Bane Demon is no mere human, his obligation as a Bringer dictates he protect and train her in the ways of his people. But he’s unprepared for the intense desire he feels for the fiery Ravyn. To surrender to his need may mean her death.

As the Demon King’s desire for ultimate power escalates, fathers are slated against sons, and foes are made allies. The Bane threat upon them, Rhys and Ravyn must quest to unite the last of the Bringers—and explore a passion too powerful to ignore.

Fill Up your eReader with Curse of the Phoenix

Today, we are presenting one of our superstar publicists, Cathy Yardley Wilson, in our Quick Questio…

It’s Tuesday, December 6th, and we have a sleigh full of amazing titles releasing today. Here&…

National Novel Writing Month is well under way. A lot of you are probably skimping on sleep in order…