Fill up your new eReaders with Rachel Firasek’s riveting Curse of the Phoenix novellas, just $2.99 each! 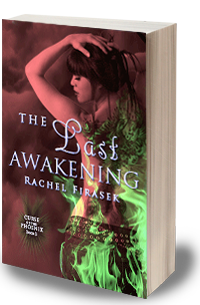 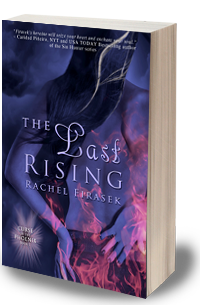 After paying two millennia’s penance to Osiris, world-weary phoenix Ice has had enough. Saving souls without any hope for her own redemption isn’t how she imagined spending eternity. Fed up, she decides her next death will be her last. But when she sacrifices her own life for a sexy Texan in a catastrophic plane crash, she has no idea the consequences will be so great…or that she’ll end up back in his life for her next assignment.

Now that Turner Alcott has survived the worst, finding a wife and mother for his son matters more than ever before. When the mysterious Ice comes into his life, Turner knows she’s the one—but love is the last thing Ice wants. If he wants to win her heart, Turner must teach Ice how to forgive herself, and prove that love is the ultimate sacrifice.

Fill up your new eReader with some hot Entangled titles!

Back in the day, I made a living off selling tiny rocks for thousands of dollars for a well-known je…

We love sneak peaks, and boy do we have an exciting one for you today!  South of Surrender, the thir…