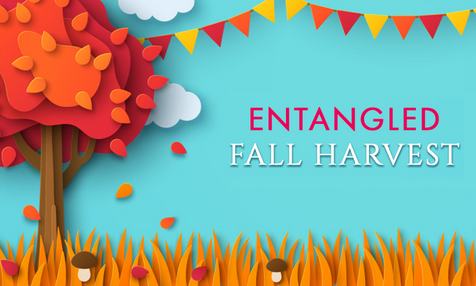 Abigail Newton entered through the arched doorway into Bran Castle. “Hello?” Only the lonesome whistle of wind answered. Straightening her shoulders and clutching her notebook, she called louder. “Mister Dracula? I’m here for the interview.”

A flash of movement caught her eye, and she gasped as the shadow stepped away from the velvet papered wall.

“Come in.” Tall and pale, the man turned, sliding along the weathered floorboards.

Abigail followed, ignoring her painful feet. I hope there’s a chair. “I appreciate the interview. The locals told me you don’t give them.”

“Only when I’m thirsty.” His voice was smooth. “Sit,” he said, indicating the chair before a fire. He lowered to face her.

Abigail tried to hide the nervous twitch of her eye and opened her notebook. “Mr. Dracula, my readers want to know what it’s like to be a real vampire. You are a real vampire, aren’t you?”

“For the last thousand years.”

“Certainly, but I prefer blood.”

Abigail swallowed. “Can you smell my blood?”

A look of annoyance glanced across his face. “You hide it with that foul perfume you’re wearing.”

“Oh, sorry.” She cleared her throat. “I’m actually very interested in your history. I studied European history, the legends. I have a Ph.D.”

“Don’t believe all the legends.”

“How about the not going out in the sun or being near garlic?”

He dismissed her comments with a flick of his spindle-like fingers. “Not something that really bothers me. I’m actually quite invincible.” His deep red lips tipped upwards, making Abigail’s stomach twist, but she was used to feeling nauseous.

“So if you bite someone, they turn into a vampire? Become invincible too?”

“Aren’t there other vampires?”

“Do you not travel then?” she asked, looking around at the ancient furnishings.

“I have no need when my food comes to me,” he smiled again, and Abigail’s mouth ran dry.

“Do you have a compelling need to kill,” she asked. “Does it make you insane sitting with humans, make you want to attack them?”

He chuckled. “No. I eat when I’m hungry, but I don’t have cravings. Opportunity gives me enough to live. For instance…” He stood, circling around Abigail. He trailed his fingers over the pulse in her neck. “I will drink you dry. Then when your husband comes to find you, I will kill him. Hopefully he’ll bring your children. You mentioned children.”

Abigail’s heart raced. “No,” she lied.

“A human’s heart speeds up when its owner lies.” His lips touched her neck. She tried to sit away, but his iron grip grabbed her shoulder. He kissed her skin, his tongue sliding against her frantic pulse.

“Please,” she whispered, her breath coming in dizzying pants. Fear made her quake. “Please.”

“Certainly.” He hissed as his teeth ripped through the skin of her neck.

Abigail couldn’t contain her gasp or the mournful groan that issued from her mouth as he drew off her throat.

Please God, she prayed, her fingers curling into the leather arms of the chair. Dizziness overtook her, and she closed her eyes. Perhaps this would be her end.

A gurgling sound came from the back of Dracula’s throat. The wound on her neck stung as he pulled back.

“What is this?” he shrieked. Like a dog starting to vomit, his whole body starting to convulse in waves. The count dropped to his knees, his dark robes floating around him. “What have you done?” he asked, but Abigail was too dizzy to answer.

She watched him sink to the dusty floor, her fresh blood dripping from his lips. Mouth open in a grimace, her blood gurgled up between his white, sharp teeth.

She closed her mouth as Dracula’s otherworldly poison coursed through her tired body, but she kept her eyes open, watching the vampire wilt. Astonishment etched deeper lines into the skin of his face until it sunk in, the centuries catching up to him. Soon only a skull stared at her, his eyeballs curling into their centers, shrinking to the size of hard black marbles, which rattled down through his bones to roll across the floor.

Abigail sat through the night, watching, in the waning light of the fire, Dracula’s bones turn to dust amongst the pile of his black robes.

As dawn came, Abigail inhaled, her nose picking up the smells of must and death in the castle. I’ll have to clean.

With a sniff, she moved one arm and then the next, watching in fascination as her brown, chipped fingernails reformed into perfectly white curves. With a hand to her head, she slid the perfectly coiffed wig from her scalp, and pushed upward out of the chair. Something dropped to the floor, and she looked down to see the plastic port-a-cath that had served her over the last seven years. Her cold fingers touched her neck where the apparatus had been encased under her skin, the spot now healed and smooth.

She walked to the window, enjoying the absence of pain. Sliding one finger out into the light, she yanked it back, but her skin didn’t burn. Abigail laughed in relief and threw open the dark drapes.

Her cell phone rang. Harry. “How did the new treatment go?” Harry asked as she answered. “Are you okay?”

Abigail smiled as she watched a bird hop outside the window. “Honey, I think this experimental chemo worked.”

She felt tears gather in her eyes, and realized she could now see well past her 20X40 vision. “I think I might be cured.”

“How can you be sure?” he whispered. The boys must be close.

She touched her head where an inch of hair was already growing in and smiled. “I think when you see me, you’ll know I’m right.”

“We’ll be on the next flight I can book.” Excitement lit his voice like she hadn’t heard in so many long, wretched years. “I’ll extend your hotel room.”

“No,” she said, looking around. “The Count had to leave on business and said we could stay here as long as we want.” She used her black boot to nudge the empty robes. “I just have to send off my article to ‘Living with Cancer’ and I’m ready for a vacation with my family.”

Abigail walked to a low oval mirror and smiled as her hair reached past her ears. Red and given to curl, just the way it was before her vicious cancer. Tears sat in her eyes and she smiled, seeing the lengthening of her canine teeth. “Just call before you drive up here, Honey,” she said. “I might be out eating.” 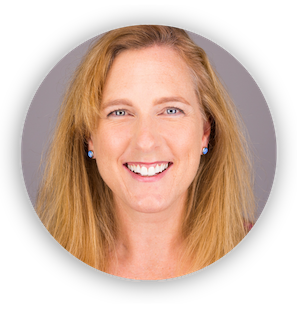 The Feast of the Seven Fishes: Christmas Traditions with Maggie Kelley

Tripwrecked Playlist with A. Poland

One of the hobbies I have when I’m in between writing projects is to make collage art.…