I have an odd obsession with dish towels. For some reason they bring me joy, so in deciding on a Pinterest challenge, DIY Holiday tea towels were an easy choice. Or so I thought. Seeing as I have three children aged four and under, I should know that DIY anything is not easy. But we tried!

This was my inspiration: 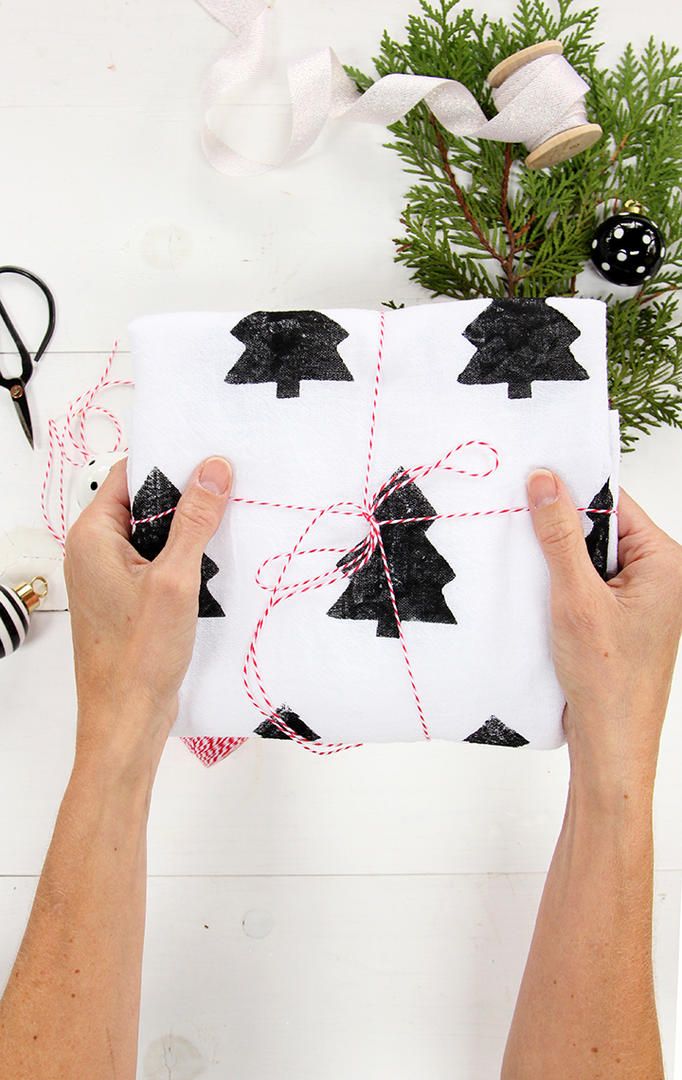 Step one: order flour sack towels and fabric paint from Amazon. Easy enough. Amazon comes to my house every day.

Step two: Make stamps from potatoes using cookie cutters. This is where things went awry. My first mistake was sending my husband to the store for potatoes, specifying only “white” potatoes, without telling him why I wanted potatoes. He brought home small white potatoes (not the big, brown ones I was expecting) that ended up being too small for most of my cookie cutters. Also, who knew I didn’t own a Christmas tree cookie cutter? After finding a dehydrated sweet potato at the bottom of my veggie drawer, I resorted to making stamps based on what cookie cutters fit on the potatoes—shooting stars, stars, and bats. 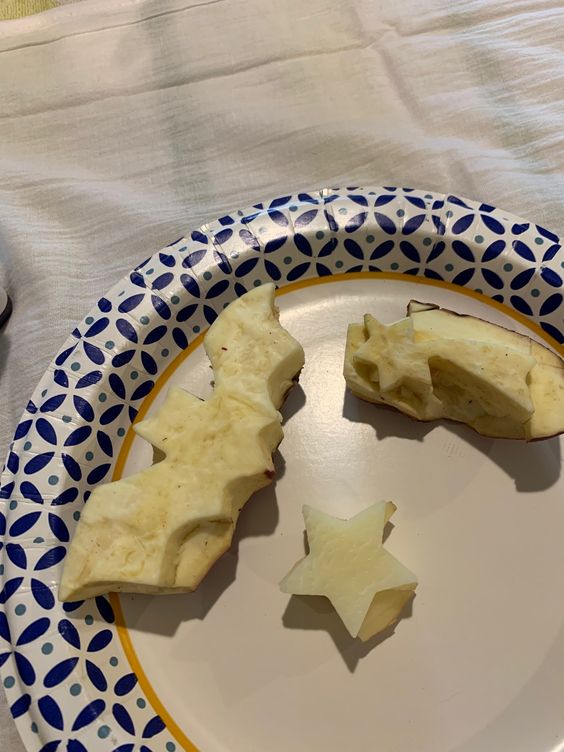 We attempted a shooting star print with farmhouse stripes first, but then my children started pretending they were dogs—they were painting with their paws and holding the brushes in their mouths—and I realized we needed to simplify. 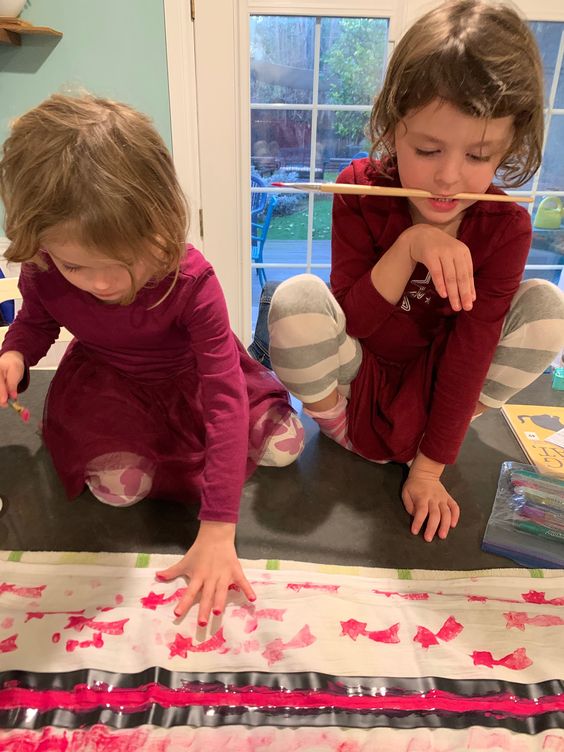 Thus, the Christmas bat and star print was born. Much easier. 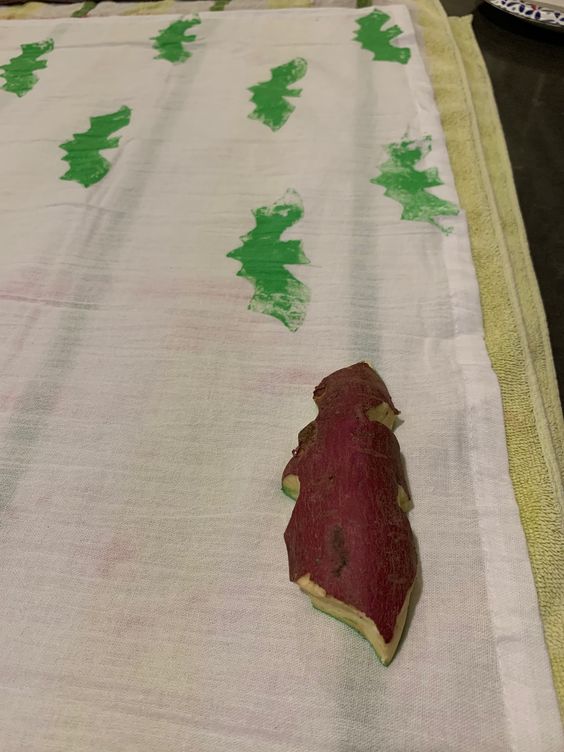 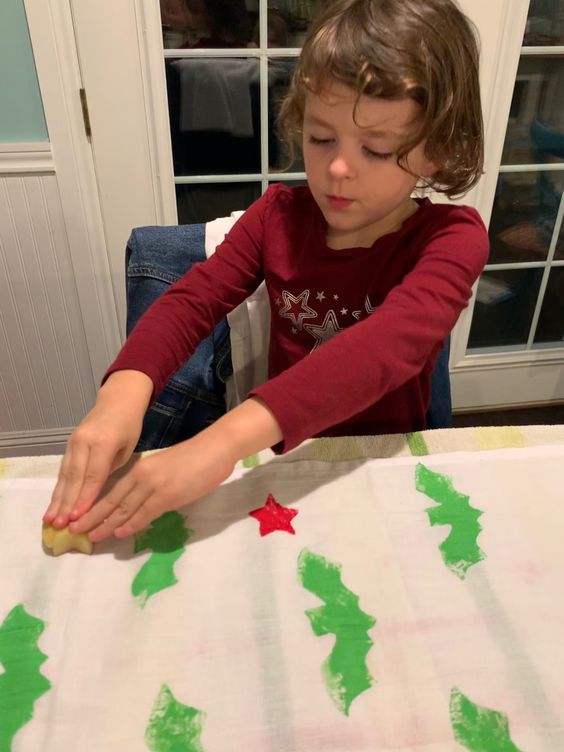 In the end, I actually think the towels came out looking unexpected and fun. Maybe we’ll start a trend and bats will be the new llamas. 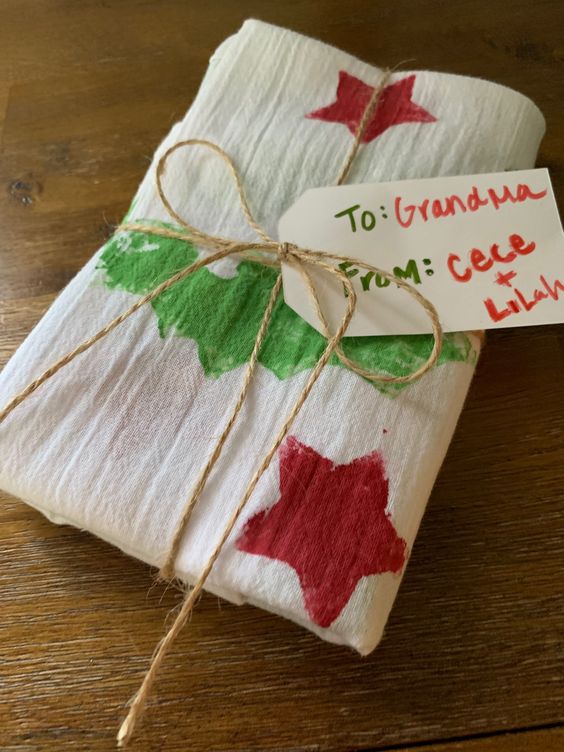 Now if only my children hadn’t destroyed the tips of all my markers… but, that’s a battle for another day.

Happy Holidays! May your days be batty and bright.

Pick up Believe by Katie Delahanty for just 99¢!

Happily Ever After. Redefined. My life begins now.

My name is Amanda Conrad and I. Am. A doctor.

When my cousin Liv whisked me away to South Africa to be maid of honor in her super-secret celebrity wedding, I was about to begin a five-year residency at NYU and was on my way to becoming a plastic surgeon. My plans definitely did not include a rock-star best man sweeping me off my feet.

But what happened in South Africa needed to stay there—he’d return to his touring and I’d start my residency, with our fond memories of a whirlwind, fairy-tale week. But now nothing feels right—I’m questioning my once solid plans, and I can’t stop thinking about him. Our lives are so different… Am I ready to risk everything I’ve worked for since I was thirteen—and put my heart on the line? To dream bigger than I ever thought possible? To believe I can have it all? That’s the thing about growing up…sometimes you have to be brave enough to redefine happily ever after.

Katie never knew she was a writer. Her childhood obsessions centered on old movies, costumes, fashion, playing dress up, and books. Lots of books. On her quest to play make believe for a living she decided she wanted to be a fashion designer and after satisfying her practical parents by graduating from UCLA with a BA in Communication Studies she went on to pursue her design dreams with a Professional Designation in Fashion Design from FIDM. She spent five years helping to design romantic dresses that were sold everywhere from Anthropologie to Nordstrom before the economic downturn led to a career shift and that practical degree came in handy. Now in charge of the ecommerce business for In Bloom Lingerie, she was asked to start the company blog. Not knowing what to say about lingerie but needing to use bridal keywords, she decided to start a fictional serial about how a girl named Olivia Bloom, who worked for In Bloom Lingerie, became engaged. And that is when Katie fell in love with storytelling and the path to make believe became clear. She has not looked back since. Katie lives in Los Angeles with her husband.

Behind the Book: “The Duke of Snow and Apples”   I learned a lot of things while writing, revis…

When I started writing IN BLOOM I didn’t know I was a writer. In fact, writing was something I’d act…

The scene: Culinary school. 1996. A studious woman sits in the front row. A dude sits in the row beh…