It’s so exciting to be back on the Entangled in Romance Blog! I’m celebrating the release of PIRATE’S PLEASURE, book 3 in my Sentinels of Savannah paranormal romance series. This series is centered on an immortal pirate crew that stole the Holy Grail in the 1700’s and they’ve been immortal ever since!

Every book is a passion-filled adventure as the crew now steals paranormal relics for the US government and in the process meets his perfect mate along the way!

I have so much fun writing these books, and the playlists are an adventure on their own. This book had 100 songs on the playlist, but I’m only to going to give you a few highlights…

First up is The Pirate’s Gospel by Alela Diane, I keep this song on all the book playlists for this series. As soon as I hear it, I’m ready for another adventure with the Sea Dog crew!

I usually have a few songs for the hero and heroine, like a theme song that helps me connect with them in a snap.

Iris from the Goo Goo Dolls really calls up John Smyth for me… He’d give up forever for Harmony if he could. Until she rushed into his life like a hurricane, he hadn’t realized that although he was immortal, he’d stopped really living lifetimes ago. She woke him up and made him want to share himself with her, wanted her to know who he was.

Never Enough from The Greatest Showman is so connected to Harmony that I sometimes had it playing over and over for certain scenes. She had a complicated relationship with money and power at the beginning of the book and I loved seeing her grow as her relationship with John blossomed.

My Immortal by Evanescence described Harmony’s pain so beautifully after the black moment that it played often toward the end of the book.

And for the sexy scenes, I loved playing Gravity from John Mayer

and In the Air Tonight from Phil Collins!

Thanks for letting me share some tunes from the PIRATE’S PLEASURE playlist, and I hope you’ll check out the book…

John Smyth has survived mutinous pirate crews, wars, and the passage of centuries by keeping his life as he did his ships, organized and well stocked. But when his crew is tasked with stealing Pandora’s Box for the government, it opens a door to destruction, and her name is Harmony Andrews.

A risk-taking investment broker by day, and a thief by night, Harmony is a member of the underground Digi Robins crew. Stealing relics to sell on the dark web, they donate the money to people without insurance who need life-saving medical treatments.

What she doesn’t realize is the box she just stole is the very one her boss is looking for––the boss who just happens to be an immortal pirate. And as their adventure heads into the danger zone, she doesn’t know what’s more dangerous: the risk to her life or the risk to her heart. 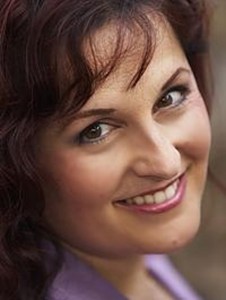 Who ever said games were just for kids?  Love Ophelia London’s Perfect Kisses series or lookin…