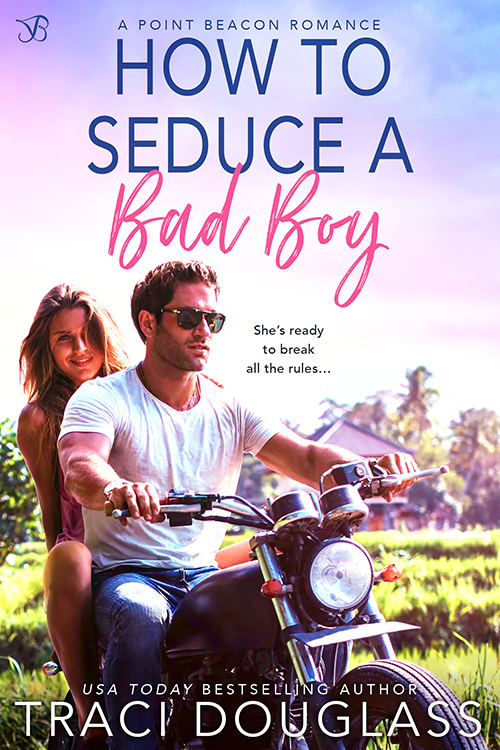 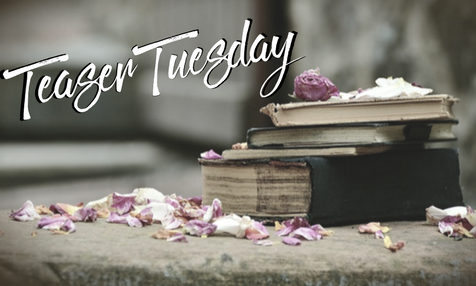 If you love small-town romance you don’t want to miss our latest Bliss release, How to Seduce a Bad Boy by Traci Douglass. Take a peek inside and then grab your copy today!

Adam shifted slightly in his seat, letting the burden of conversation fall on her. She was the one who’d flagged him down, after all, and he’d never been much good at small talk anyway. Then she bit her bottom lip, drawing his attention to how full and soft it looked, and despite his resolve, memories resurfaced of another night eight years prior—the two of them alone on the back porch of her parents’ house, the feel of Mel’s soft curves pressed against him as she’d whispered the words he’d never forget.

I love you Adam Foster and I want to give myself to you. Completely…

They’d both been so young and he’d been totally blindsided.

“We need to talk.” Mel cleared her throat, jarring him back to the present. James would have him skinned alive if he’d known about that night, and their business partnership, their friendship, Adam’s future, would all go up in smoke.

Mel stepped back from the curb and hiked her thumb toward the house. “Could you come inside for a minute, please?”

Adam exhaled slow and carefully lowered the kickstand on his prized, fully customized Violet Pearl Softail Fat Boy before dismounting. It was the one decent thing his dad had left him, since the house was practically falling down. He pocketed his keys, then crossed his arms, assessing the woman in front of him.

Mel seemed shorter than he remembered, the top of her head barely reaching his chin as they stood a foot or so apart. Swallowing hard, he followed her up the short walk to her porch, the breeze carrying a hint of her cherry blossom and vanilla scent. Lord help him, she practically had a neon sign above her head blinking “Off-Limits,” yet Adam’s skin prickled with awareness. She was big trouble where he was concerned, and he’d be smart to keep as much distance between them as possible, literally and figuratively.

“We can talk out here, if it’s all the same,” he said from the bottom of her stoop, while she stood on the porch. He felt grungy and out of place with his oil-stained jeans and ripped black T-shirt. “I don’t want to get your place dirty.”

“Oh.” She hesitated, her hand on the screen door.

Beneath the overhead recessed lighting, her silky brown hair shimmered down her back and an odd ripple of protectiveness surged through him. He’d promised to look after James’s family until he returned from his last stint overseas next month. Maybe that was the cause of the extra burst of testosterone rushing inside him, the nearly primal urge to stay close to Mel. That’s the excuse Adam was going with anyway. “Is everything all right?”

When she didn’t answer, his concern grew.

“If it’s about the Camry, don’t worry.” He stepped up onto the bottom stair. “I’ll tell the guys to work you into the schedule. I know you missed your appointment, so—”

“It’s not about my car.” Mel cut him off, her eyes shut and her lips compressed to a thin white line. “It’s about…”

Growing up the hard way had taught Adam some valuable lessons. Mainly, if you had something difficult to do—like stealing from the local grocery store so your family wouldn’t starve or chasing off the rich kids who were terrorizing your family’s dog—then it was best to do it quick. He raked a hand through his windblown hair and hung his glasses from the crew neck collar of his T-shirt. “Spit it out, Mel. I don’t have all night.”

She opened her eyes, pinning him to the spot with the same tenacious expression he’d seen on the face of many a solider in combat. Shoulders squared, she placed her hands on her hips, and said the very last thing Adam ever expected to hear again.

“I need you to ruin my reputation.” 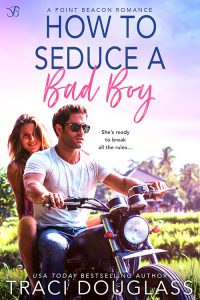 Melody Bryant has heard it all before. Sure, she’s the epitome of the stereotype for a librarian. Loves order. Loves rules and deadlines. Loves books. But what she doesn’t love is still being a virgin at twenty-four. Unfortunately, the only guy she’s ever been interested in turned her down flat. And then left town. Eight. Years. Ago. Ugh.

Now her birthday is fast approaching and she just can’t take it any longer. She’s finding a guy before her birthday in five weeks or she’s adopting two more cats and fully embracing becoming “the crazy cat lady.”

But when her latest date ends in epic failure–everyone thinks of her as the “proper librarian,” she realizes what she needs is to ruin her reputation. And she knows the perfect guy to help her: the baddest bad boy in town. This Army vet won’t know what hit him…

#AskAnAuthor: Show Us Your Hat!

Happy National Ice Cream Day! If there was ever a treat we loved more than ice cream, we would be ha…

Rome, hot Italian men, the Mediterranean, yachts…. Oh, yeah! I got the inspiration for Making…

Live to Dream! It’s a great motto–especially if you have dreams like Meghan Bradford in …