I couldn’t be more excited that my first Brazen, Taking a Shot, is coming out just as hockey season is gearing up! It’s been a long summer, and while I’m not looking forward to the snow, there are plenty of big, handsome men about to don their skates and bring the heat.

So as a refresher for my fellow hockey fans, and a quick  PSA for those of you who might not know what you’ve been missing, may I present to you five NHL players hot enough to melt the ice. 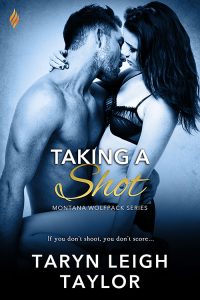 Hockey star Brett Sillinger’s never been afraid of a little trouble. But when his personal life ends up in the tabloids, he knows his career is on thin ice. Luckily, a new team decides to take a chance on him. All he has to do is keep head in the game. But when temptation walks up wearing black knee-high boots, looking for one night of nameless, no-strings passion, well, what’s a guy to do?

Chelsea London is looking to misbehave. What’s being good ever gotten her, besides getting dumped and passed over for a big promotion at work? But her one delicious night of rebellion has unexpected consequences–her hot one-night stand is the latest addition to her father’s hockey team. And suddenly, one night of bad-girldom isn’t nearly enough.

But one false move, and Brett might spend this season in the penalty box… 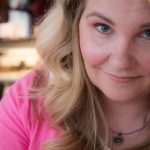 Taryn Leigh Taylor likes dinosaurs, bridges, and space, both personal and of the final frontier variety. She shamelessly indulges in clichés, most notably her Starbucks addiction (grande-six-pump-whole-milk-no-water chai tea latte, aka: the usual), her shoe hoard (I can stop anytime I…ooh! These are pretty!), and hockey (keepin’ it Canadian, eh?) Eventually, her penchant for falling in reading lust with fictional men set her on the course to writing them, too. She’s a firm believer that you can never have enough happily ever afters. Taryn’s first book, Kiss and Makeup, was short-listed for the Kobo Emerging Writer prize.

Hey everyone! We are totally stoked to announce the hosts and schedule for Andria Buhanan’s IN…

I love to include best friend sidekicks in my stories. I’m talking about the girlfriends that …