This one was a long time coming too. So much time spent with him kissing the wrong women! But Oliver finally figured it out and the kiss was well worth it. 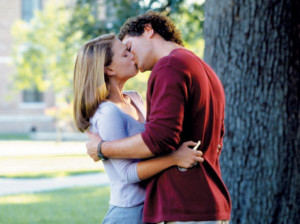 Forney might seem like a beta male and he is in many ways, but not when it counts. And the kiss at the end when he grabs her by the face and tells her there isn’t anybody better than her right before he kisses her…YES!

How long did I wait for this kiss? OMG! Pretty sure I squealed and jumped around when it finally happened. Talk about a slow burn…

Oh Veronica and Logan….I don’t even know what to say. This couple…gah, just love them!

Hot damn I love this kiss. Seriously all these years later and it still gets me all in the feels. For me, it is the quintessential perfect first kiss.

Okay so those are my top 5 favorite kisses. What are some of yours? 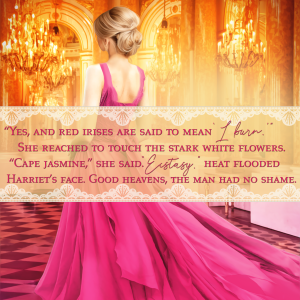 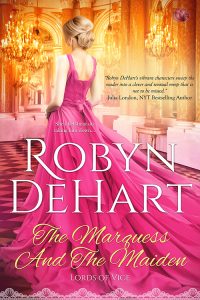 Harriet Wheatley is the mastermind behind the Ladies of Virtue’s quest to rehabilitate the gentlemen of the ton. So when it comes to selecting her own target, she knows who to choose: Oliver Weeks, Marquess of Davenport–the most extravagant wastrel in all of London.

Known for his opulent lifestyle, Oliver isn’t surprised by Harriet’s confrontation. It’s obvious Harriet longs for any way to take him down a notch. She says she’ll help him find a bride, but he knows it’s only because it gives her the excuse to chastise his indulgent ways.

Oliver has good reason for his flagrant overspending, but Harriet will hear nothing of it. So he has no choice but to teach the lady a lesson, even if it means risking his heart to the hard-headed and fiery woman. 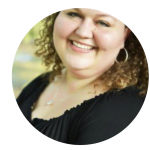 National Bestselling author, Robyn DeHart’s novels have appeared in the top bestselling romance and historical romance lists. Her books have been translated into nearly a dozen languages. Her historical romantic adventure series, The Legend Hunters, were not only bestsellers, but also award-winners, snagging a Reader’s Crown and a Reviewer’s Choice award. She had three releases in 2013 and 2014 will see four more, all set in the popular historical romance Regency and Victorian eras. Known for her “strong dialogue and characters that leap off the page” (RT Bookclub) and her “sizzling romance” (Publishers Weekly), her books have been featured in USA Today and the Chicago Tribune. A popular writing instructor, she has given speeches at writing conferences in Los Angeles, DC, New York, Dallas, Nashville and Toronto, among many others. When not writing, you can find Robyn hanging out with her family, husband (The Professor) a university professor of Political Science and their two ridiculously beautiful and smart daughters, Busybee and Babybee as well as two spoiled-rotten cats. They live in the hill country of Texas where it’s hot eight months of the year, but those big blue skies make it worth it. Sign up for Robyn’s newsletter www.robyndehart.com/newsletter/

View From The Stage with Mary Hughes

Help—it’s just clicked that I may have a little problem with Authority. From the storylines o…

Writing a novel covers the spectrum of human emotion. From stark panic, to frustration…