I’m not what you would call an “outdoorsy” person. I don’t camp or bike or fish. I’ve been known to get in my car and drive if I want to go to stores at opposite ends of a strip mall. So it came as quite a shock to everyone who knows me, even a surprise to myself, when I decided to hike a mountain.

I recently traveled to Peru and instead of doing my usual itinerary of museums, spas and afternoon tea, I decided to make it a true adventure. For me, that meant climbing Rainbow Mountain, part of the Andes mountains in the Cusco region of Peru. To reach the top, that required hitting an elevation of 17,100 feet. Not only had I never hiked a day in my life, I’d also never been in high altitude before.

I had four months to train for the trip, or at least the hiking portion. There was really no way I could prepare myself for the altitude. Unfortunately, 2018 was an incredibly snowy winter in Michigan, which meant that my training was confined to the gym. I logged miles on the treadmill, completed hundreds of squats and walked countless steps on the Stairmaster. It snowed well into May and my first time hiking outside was only weeks before my trip.

It was winter in Peru when I arrived at the beginning of June and I was not prepared for how cold it was in Andes mountains. Nor for how truly difficult it was to hike up a mountain in high altitude. But I kept putting one foot in front of the other and I made it to the top!

In Some Like It Sinful, Chloe Nelson wouldn’t necessarily describe herself as an adventurous person, but that’s exactly what she is. It took a lot of guts to leave the successful restaurant she co-owned with her friends Ashton and Jenna and start her own bakery. And even more courage to give a player like Griffin Lange a chance to break her heart. But just like I conquered a mountain, Chloe conquers her fears and takes a chance that something unexpected might turn into something sinfully good. 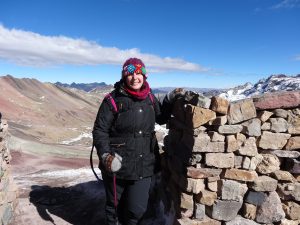 Get Some Like it Sinful by Robbie Terman for FREE! 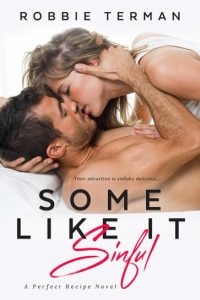 Their attraction is sinfully delicious…

A struggling business and one act of vandalism may have brought them together, but bakery owner Chloe Nelson and professional hockey player Griffin Lange get along like chocolate and pickles. Chloe needs the famous (and famously unattached) Griffin to attract people to her pastries, and Griffin needs the curvaceous and fiery Chloe to keep him out of trouble. A fake relationship to keep the media interested seems like the perfect plan.

But when temptation throws them into bed together, a new plan arises. Why not make the fake real? Griffin’s winning every home game, and Chloe’s business has never been better. Both know it’s only physical—and only temporary. But can they drop their defenses for love, even if it means getting a little bit sinful? 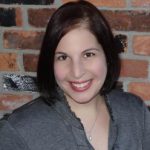 We often get the question, “Where did you get the idea for a heroine with DID/MPD, and we fig…