Hey everybody! I’m Sarah Nicolas, author of Keeping Her Secret, and I was asked to stop by today to talk about one of my ships. But which one? I have so many! But the show I’m catching up on right now is Supergirl.

First of all, I ship almost every single person on this show… with myself. But that’s beside the point.

This show has already given us a really great f/f love story with Alex and Maggie, who I will root for forever. (I know *something* happens in season 3 – don’t tell me!)

But, may I present for your consideration: Kara/Supergirl + Lena Luthor.

The fans call the pair Supercorp.

With this superpowered cinnamon roll

On the show, they’re great friends.

But friends to lovers is one of my most favorite tropes, so…

They are always there for each other. What would they each do for the other?

Anything Lena Luthor GIF from Anything GIFs

When they’re not protecting each other, they’re laughing together.

They are just perfect together.

In closing, I have just one word for the Supergirl showrunners…

Pick up Keeping Her Secret by Sarah Nicolas for just 99¢! 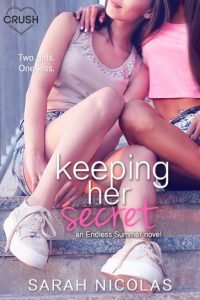 The last person Riya Johnson expected to run into at her new summer camp is Courtney Chastain—her childhood best friend and the girl who broke her heart after a secret, mind-blowing, life-altering kiss. She definitely didn’t expect to be sharing a bunk bed with her for four long weeks.

Courtney has what every girl wants—she’s beautiful, rich, and the object of every boy’s desire at Camp Pine Ridge. Too bad none of them make her feel an iota of what Riya’s kiss did all those years ago. But Courtney needs to uphold appearances at all costs—even if it means instigating an all-out prank war with Riya as her main target.

Neither girl can stop thinking about the other…but that doesn’t mean they can give up past hurts and take a chance on a future together. 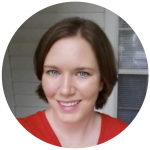 Sarah is a 30-something YA author who currently lives in Orlando, FL with a 60-lb mutt who thinks he’s a chihuahua. She believes that some boys are worth trusting, all girls have power, and dragons are people too.

Mad About You by Joan Kilby A man she can’t refuse. A woman he can’t resist…   Special $0…

Hi, everyone! I’ll admit that I’m a bit of health nut. Although, I do indulge on goodies…