When the family finally got to take that trip to Italy after many years of scrimping and saving and planning, we wanted to see it all. I mean, it might be the only chance we have to go.

I was in charge of the planning. We were going to hit Venice and Florence and Rome, and I was SO excited! But then I stopped to think about it, and I knew my homebody, camping-loving, culture-yawning hubby and son would hate it if I scheduled all our time in the beautiful churches and museums that I was excited to visit.

By the time all the planning was finished and we were on our way, I was a mess. I know…who wouldn’t have a good time in Italy?? But for months I had heard nothing but actualcomplaints about the whole idea of the trip. “We could be spending all that money on new windows for the kitchen.” (deep hubby voice) … “I’m going to miss my friends.” (higher kiddo voice)

We spent three full weeks in Italy, some of it in the company of family and friends, and some of it on our own as sweaty-looking, wide-eyed tourists. But by the end of that trip, we had climbed mountains in the dolomites, rowed our own gondolas in Venice, peered into the mouth of Vesuvius the volcano, snorkeled in the same spot where two oceans meet … and that was in addition to the museums, the Sistine Chapel, the Colosseum, and all the other unbelievable historical sights that you just can’t miss if you go to Italy.

I may never have the opportunity (or the money) to go back to Italy, but we definitely made the most of that trip! 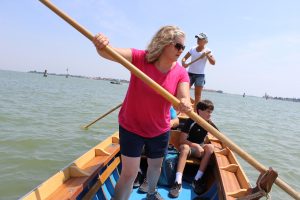 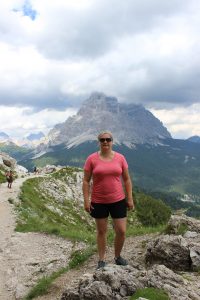 Don’t miss Greta and the Goblin King by Chloe Jacobs, on sale for 99¢! 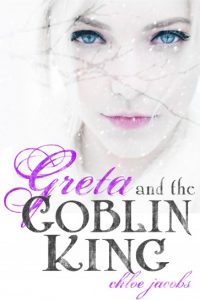 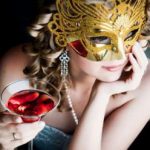 Chloe Jacobs is a native of nowhere and everywhere, having jumped around to practically every Province of Canada before settling in Ontario where she lives now with her husband and son. Bringing new characters to life and finding out what makes them tick and how badly she can make them suffer is one of her greatest pleasures, even better than red licorice, geeky graphic tees, and fuzzy pink bunny slippers.