I’ll never forget the first time I heard the term, “shipping.” My teen daughter was talking about shipping two book characters she’d fallen in love with. Being boring old mom, who wasn’t down with the cool kid lingo, I had to ask what she meant by shipping. I got the typical eye roll as she explained to me what it was.

All I learned was that there was now an actual word for something I’d been doing since I was a kid. From Cory and Topanga from Boy Meets World, to Ross and Rachel from Friends, to McDreamy and Meredith from Grey’s Anatomy, I’d been shipping characters since before shipping characters was a thing.

I don’t think there a show I’ve watched, where I haven’t been pulling for two characters to wind up together. But there’s always that one couple that means more to you. Like, if they don’t end up together, the entire series sucked and was a waste of your time to watch.

For me that would Damon Salvatore and Elena Gilbert.

Do I really need to say more? Damon Salvatore had me from the second he walked onto the screen. It took a little longer for me to get on the Damon/Elena bandwagon though.

She was with Damon’s super sweet, handsome brother. They were very much in love. And Damon, well, Damon was Damon. Always screwing up, killing someone he wasn’t supposed to in a rage, just being Damon and it was easy to see why Elena was head over heels for Stefan.

This was the moment everything changed for me.

Of course, he compelled Elena to forget he said that, so there was a lot infuriating seasons of this…

No, you won’t girl. You love this man. Admit it. She finally did in one of the most romantic scenes ever on The Vampire Diaries.

*Dreamy sigh* Of course, the show went on for a few more seasons after this and the writers always found a way to tear Damon and Elena apart, but you never doubted for one second that they were epic soulmates and they would always find their way back to each other. Waiting it out was frustrating though.

Who is your “don’t you date ruin this show by not getting them together” couple?

Get Extreme Love by Abby Niles for just 99¢! 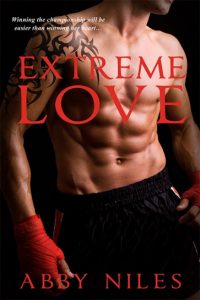 Dante “Inferno” Jones is used to winning in the ring. But when the MMA fighter meets pretty Caitlyn Moore, he seems to be striking out left and right. He’s intrigued by the sharp-tongued beauty. She’s a challenge he can’t resist.

Cait doesn’t get it when the ultra-masculine Dante walks into her life and expresses an interest in her. Sure, she’s shed eighty pounds and her confidence is building, but there’s nothing spectacular about her. Certainly not enough to hang onto a ripped babe-magnet like Dante, whose violent profession, catty groupies, and cruel competitors are already making her life a living hell.

Dante’s light-hearted pursuit quickly becomes a battle to win her heart as they find themselves thrown together again and again—and it’s affecting his training. Cait won’t let him lose the biggest fight of his career because of her, but when her plan to keep him focused lands her in the dangerous clutches of Dante’s vicious opponent, there is more at stake than just the championship belt. 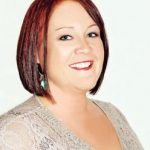 Ever since Abby Niles picked up her first Sweet Valley High book in sixth grade and fell in love with Elizabeth and Todd, sheÂ’s been hooked on romance. By the time she reached high school, she was devouring meatier romances with pirates, cowboys and knights. She never imagined that those years of reading would one day lead to her becoming a published author. In her late twenties, after having twins and becoming a stay-at-home mom, she started doodling stories to keep her sanity. Next thing she knew, she was actually submitting to publishing houses. And was immediately rejected. That didnÂ’t stop her though. She found some kickass critique partners, honed her craft, and continued submitting. And eventually sold. Today, she juggles work, being a single mom, and writing. ItÂ’s not always easy, but hey, who said life was easy? Abby is the author of the contemporary MMA Love to the Extreme series. Extreme Love and Fighting Love are available in both digital and print. Winning Love is scheduled for August 2014. She is also the author of the dark paranormal romance series The Awakening: Aidan, The Awakening: Liam,and The Awakening: Britton. Both series are with Entangled Publishing. She also has a geeky romantic comedy, Defying Convention, with Carina Press. She is represented by Maureen Walters at Curtis Brown, LTD

Who doesn’t want a chance for a do-over? In anything—maybe you think about The One Who Got Away. Or …

via GIPHY Jane Austen is very special to me, because she reminds me of my mother. My mom, Ire…