I borrowed the title of my newest release, THE MAN I WANT TO BE, from my favorite Chris Young song.  He’s a country artist who has the most AH-MAZING voice. Deep and soulful with just enough sexy roughness to get the ole’ girl parts tingling.  (Don’t believe me? Google him and see if you don’t agree.)

I’ve seen him in concert three times now, one of which was on a week-long cruise. One could say it’s an obsession. I like to say I’m just a hard-core fan.  The below picture is of me (middle), my mom (far right), and my twin sister (far left) when we met Chris Young on that cruise. He was all sweaty after just finishing his show, but I didn’t care. Sweat or no sweat, he was still sexy as hell. Notice how my hands aren’t visible. No telling where those things might’ve landed. Sometimes I have no control of them! 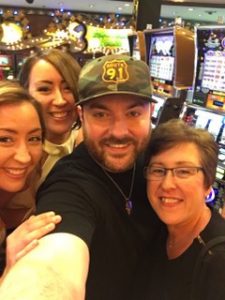 I highly recommend you check out some of his big hits like: TOMORROW, I’M COMING OVER, WHEN I THINK OF YOU (duet with Cassadee Pope), and GETTIN’ YOU HOME.

But for that one heartfelt, emotional song, you gotta listen to THE MAN I WANT TO BE.  Even Billboard named it Chris’s best hit. It’s about a guy who lost the love of his life because he screwed up, and he knows it. He wants to do better. He wants to earn her love again. He wants to be worthy of her.  It’s such a beautiful sentiment. One that perfectly fit the essence of my newest book. Thus, why I borrowed the title.

Watch THE MAN I WANT TO BE by Chris Young; first, so you can admire his delicious mouth and the way it moves when he sings. Then, watch it a second time and really listen to the words and how desperate he is for redemption. I had this song on repeat the whole time I was writing and editing my novel of the same name.

Don’t miss Christina’s new release, The Man I Want to Be! 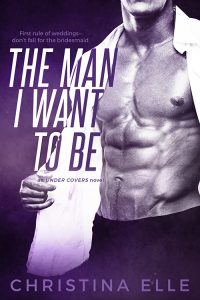 DEA agent Bryan Tyke hates weddings. He hates them even more when he’s forced to travel to a hot as hell beach resort to watch his best friends say I do, while acting happy about it. He isn’t happy. If those two want to buy into happily ever after, good for them. That isn’t in the cards for Tyke. It hasn’t been since he joined the army years ago and lost everything. That is, until the woman he’s never forgotten shows up as a bridesmaid and puts herself into immediate danger.

Kenna McCord has bigger issues than running into the gruff, sexy guy who broke her heart. Someone is stealing from wedding guests, including her late mother’s sapphire ring, and Kenna needs to find the thief ASAP. Reluctantly, she agrees to let Bryan use his skills and resources to help with the investigation, knowing full well it will lead to nothing but frustration and more broken promises. Unfortunately, there’s still something between them and it can’t be denied… 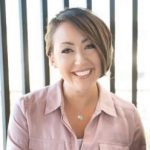 Posted in: Author Interview, Authors Speak Out, FeaturedTagged: Christina Elle, The Man I Want To Be
Previous

This week we’re celebrating The Best Book Boyfriends Ever – those new adult hotties on Embrace. &nbs…

When it comes to writing, one common question that comes up for most authors is, “What’s your proces…

We’re excited to present HUSHED to the world.  This book, by Kelley York, is ground-bre…