I’m ashamed to say that I never travelled to Europe until last year.  I had a gift of free airfare from a family member, and all of a sudden, I had an entire continent to choose from.  I rejected the truly huge cities—London, Paris, Rome—but that still left me with a lot of ground.  I asked friends where I should go, but they all answered, “Where do you want to go?”  Well, everywhere, but that wasn’t practical.  Then two of them independently got a wistful expression and said “Florence.”

Yes, Italy!  Even the lady at the bank who got some Euros for me volunteered that of all the places she’d been in Europe, Italy was her favorite.  So, I signed up for a tour of Tuscany that made day trips to lots of places—Florence, Siena, Pisa, plus a winery and a cheese factory.  Of course, one day in Florence wasn’t enough, so I returned there for a few extra days.

My absolute favorite spot was the Basilica di Santa Croce in Florence.  I visited it twice.  Not only is it gorgeous and filled with amazing art, such as this pieta but it’s also where famous Italians wanted to be buried. 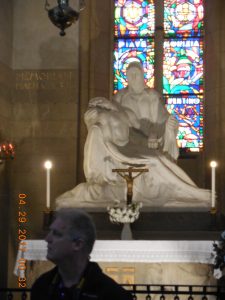 Galileo is a stone’s throw away from Michelangelo. 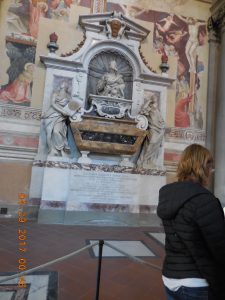 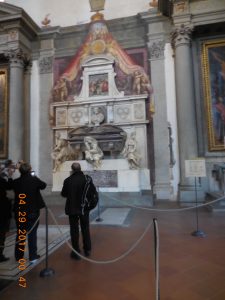 Nearby are Dante, Machiavelli, and (I almost cried at this one) Rossini, who wrote such beautiful music.

Of course, everyone has to visit Michelangelo’s David at the Academia, but most people aren’t aware that the gallery also has several of Michelangelo’s unfinished statues, such as this pietá. 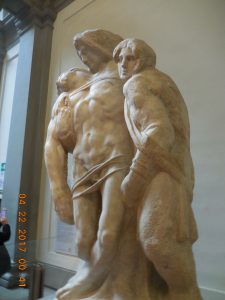 What’s interesting about this one is he included Mary Magdalene.

Of course, not all the beauty of Tuscany is in Florence.  Here’s the main piazza in Siena, where a famous horse race is run every year. 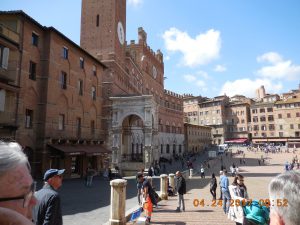 And I discovered (smacks forehead) that the leaning Tower of Pisa isn’t standing out in the middle of a field somewhere.  It’s the bell tower of an unbelievably beautiful church.

The food in Italy was amazing.  You don’t have to seek out expensive restaurants.  Just walk into any place you find and order pasta fatto a mano (or handmade pasta).  I had ravioli filled with fresh sheep’s milk cheese and pear in a butter and sage sauce that was probably the most delicious thing I’ve ever tasted in my life.  I’ve tried to duplicate it at home with no success.

If you can go any one place in Europe, I’d suggest you consider Tuscany.  I can’t wait to go back!

Next trip – the Galapagos.

Don’t miss Alice’s new release, His for the Week! 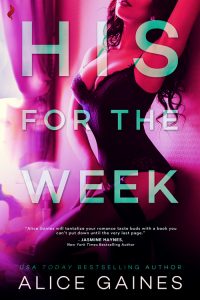 Sex columnist Désirée “Rae” Knight is in a bind—and not the kind she usually likes. Her newest assignment, and possible big break, is an article for her magazine on the sex resort that just opened. The only problem is it’s couples only. Although she writes about having red-hot sex, she’s been single longer than she’d like to admit. Enter her coffee shop crush, who she’s been secretly ogling every morning. Trouble is, he doesn’t know she exists.

When Nate Winslow recognizes the shy, quiet woman at Sufficient Grounds as the author of the sex columns that fuel his fantasies, he’s surprised. And the last thing he expects is an invitation to join her at a sex resort. But his answer is hell yes!

Rae and Nate have enough chemistry in the bedroom to set the sheets ablaze. When Rae insists they limit their relationship to sex only, Nate agrees since he’s burned out on love. But the more they push each other’s boundaries, the more they realize one week won’t be enough. 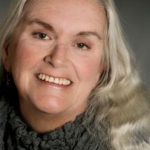 Award-winning author, Alice Gaines is the author of several full-length books and dozens of shorter works. She lives in Oakland, California with her pet corn snake, Casper. While Alice isn’t writing or reading, you’ll find her pottering in her garden or cooking something in her kitchen. She’s passionate about her church and funky soul band, Tower of Power, not necessarily in that order. Alice loves to hear from readers. E-mail her at authoralicegaines@gmail.com.

Hold on to your hearts! Indulgence has a new look...

This book, the whole series in fact, started from the title Wedding Favors. I wanted to write a ligh…