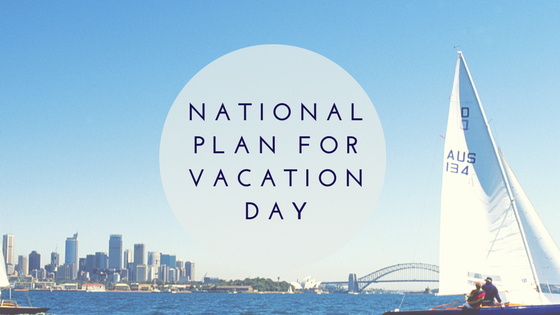 Today is National Plan For Vacation Day and we’re dreaming about all of the places we can go. We’ve rounded up a few of our favorite romances that take place in  locations we would love to visit one day.

She slipped aboard his yacht, but can he keep her out of his heart?

Egyptian heiress Rania Ghalli is desperate to free her political prisoner uncle before it’s too late. Hoping to make it to North Africa, she stows away on the yacht of Greek millionaire Demetri Christodoulou. But when Egyptian agents board the boat, she can either jump overboard…or claim she’s Demetri’s new bride.

Tired of being no more than the bastard disgrace to the Christodoulou name, Demetri intends to build a luxury resort below his grandfather’s house so the old man has no choice but to acknowledge that Demetri has made something of himself. But first, he needs a wife to complete the land purchase.

With Rania now at his mercy, a plan comes together. He’ll play along, protecting her and helping to free her uncle, but in exchange, he demands a real marriage. But keeping the vivacious heiress out of his heart will be a lot harder than keeping her on his ship…

Or hop over to London…

Find yourself a Highlander in Scotland…

Rogue of the Highlands by Cynthia Breeding

Left widowed and penniless after a loveless arranged marriage, Jillian reluctantly accepts the job of “refining” a Scottish Highlander who’s inherited an English title. The man infuriates and intrigues her, as well as shakes her resolve to never again let a man close.
Ian MacLeod never wanted to come to England, but his clan needs the profits he can gain by claiming his inherited English lands. When he meets the very proper Lady Jillian Newburn, he’s fascinated by what he suspects is a warm heart and fiery passion underneath her icy demeanor.

Getting past her chilly resolve to keep him at arm’s length will be a challenge, but this MacLeod has never backed down from a challenge in his life. But it’s not all fun and games and stolen kisses. There’s something about Jillian’s stepson that raises the hair on the back of Ian’s neck, and he’s knows better than to ignore the sign of danger that has never steered him wrong.

Have fun in the sun in the Caribbean…

The only thing they agree on is the sultry heat between them.

Looking for something closer to home? Relax on the beaches of Maui…

Compromised in Paradise by Samanthe Beck

Stressed out hotel heiress Arden St. Sebastian is in Maui for one thing and one thing only. Work. But when the hottie at the bar buys her a drink to end all frilly umbrella-and-glow stick drinks, she can’t help but accept his unspoken invitation. When they get back to her villa, however, and the sexy moment of truth arrives, she can’t…quite…get there. Again.

ER resident Nick Bancroft can handle a night of fun, anonymous sex, but he draws the line at a fake orgasm. He makes his mystery woman a deal. He’ll take care of her little stress-induced orgasm problem if she’ll spend the next six days exploring the island with him, no questions asked.

A week of island relaxation on the arm of the sexiest man she’s ever met? Arden’s game. As long as she keeps her identity secret, she’s got nothing to lose…except her heart.

Let us know if you could plan a vacation anywhere in the world where would you want to go?

It’s May 1st, and you know what that means! The editors at Entangled Publishing are always loo…

#IShipIt- Buffy and Angel, a love for the ages! From their first kiss … via GIPHY To the kiss of doo…