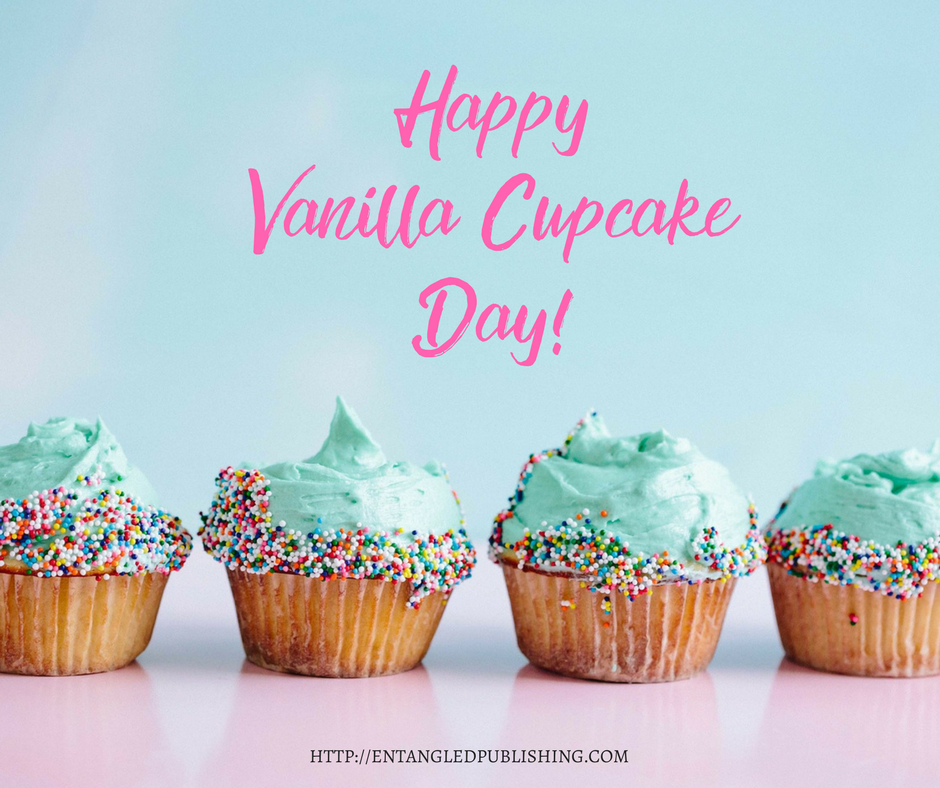 It’s Vanilla Cupcake Day and we have sweets on the brain! Looking for that perfect book to enjoy with your cupcake? Check out these titles.

Culinary student Jenny Boyd happily agreed to help at her friend’s bakery while she was on vacation, and working side by side a 6’2” piece of man-candy is the icing on the cake. That is, until he opens his big mouth and agrees to make the wedding cake of the century for a giddy bride in under two weeks. Of course he did. And to think she’d been fantasizing about licking powdered sugar off his muscular shoulders. Now she wants to rap him in the head with her rolling pin.

Graphic designer Jared Crew can’t believe he agreed to help manage his best friend’s bakery—and with her, the hottest baker in three states. She’s smart and sassy and so sexy he accidentally accepted an order to make a twenty-layer baklava wedding cake, whatever that is. One thing is for sure—Jenny might just kill him before he can convince her that desserts aren’t the only sweet thing between them…

Amara Maria Robles is a good girl. So good that she gave up her dreams of becoming a renowned pastry chef to help her parents with their struggling Mexican bakery. Yet her parents reject any changes she suggests, and refuse to sell her mouth-watering confections. Clearly being a good girl isn’t paying off. So when her brother’s sexy ex-best friend walks into the bakery, Amara’s tempted to be very bad indeed…

After a scandal twelve years ago, resident bad boy Eric Valencia has returned to make things right with his family and friends. One glance at Amara and her wicked curves, however, and Eric finds himself thinking about how she’d feel beneath him—something he promised Amara’s brother he would never think about, let alone do. But this bad boy is deep trouble…because Amara’s determined to have her cake, and Eric, too.

A Taste of Trouble by Gina Gordon

Kendall Grisbaum is finally taking charge of her life, pouring her heart into opening a new bakery business and even allowing her best friend Georgie to play matchmaker for her. Trouble is, the one guy she secretly wants is Georgie’s older brother, Brad, who is decidedly off limits.

Brad can’t seem to get his little sister’s best friend out of his mind. He and Kendall used to be close friends, too, and as a local policeman, Brad can’t help but play protector, looking out for Kendall. When he offers to help her renovate her new bakery space on the side, their friendship—and their attraction—flares back to life.

Amid the temptation of doughnut muffins and blueberry cobbler, a new temptation draws them both closer. Can they take a chance on love when it means risking their friendship, even when not doing so risks everything?

What's New in YA at Entangled Teen

Nothing gets my heart pounding harder than when Shamy hits the screen in The Big Bang Theory. How ca…

Welcome to our first installment of Q1 Wednesday!  What is Q1 Wednesday, you ask?  It’s ONE QU…