I totally got busted by my kids last weekend for having 2 “all time favorite” songs. And the harder I tried to explain my reasoning, the harder my young teenager pushed back. “No, no you can’t have more than one favorite!”

Ah, kids. They’ll remember our flubs but forget all those other things we’ve asked them to do…

In this case, though, it had me laughing pretty hard. But afterward I found myself wondering which really was my most favorite of the two. And man, it was too hard to choose. I love music, have favorites across genres and decades. One of the songs that we were arguing about this weekend, though, was Boston’s “Peace of Mind” which, ironically, was the song that planted the seeds for HER UNEXPECTED DETOUR in my brain. The lyrics talk about trying to leave the corporate rat race behind, which is what Kayla Daniels was struggling with at the start of the book. It inspired the Starbucks run-turned-roadtrip that landed her in an ice storm several hours north of home. Thanks to Brent, I’m thinking she’s found her peace of mind by now.

The song that rivals “Peace of Mind” for my favorites is Blind Melon’s “No Rain”. And if you’ve ever seen the video? Well, the dancing bee is my hero. Love her to pieces because I am a bit of a bee myself. (You can catch the bee and her lovely dancing here: https://youtu.be/3qVPNONdF58 ) Hmm, come to think of it, the Checkerberry Inn’s chef Maddie is a bit of a bee too. She’s about to find her HEA with a certain guitar-playing Texan named Cole Granville in HER UNEXPECTED HERO (releasing July 17th!).

Since we’re talking the Checkerberry Inn series, the music that surrounded Stephanie and her second-time-around romance had more modern roots. Maroon 5’s “She Will be Loved” and Foo Fighters “Times Like These” were a few of several on that book’s playlist.

Okay, while I could ramble for hours about songs I love and/or the different scenes and stories they’ve inspired, I’ll just share a few more of my other current faves. Be warned – the list is all over the place. 😉

Okay, time to get back to keeping my kids on their toes. Hope you enjoyed my list, and happy #MusicMonday!

Don’t miss Her Unexpected Detour by Kyra Jacobs, on sale for only 99¢ for a limited time! 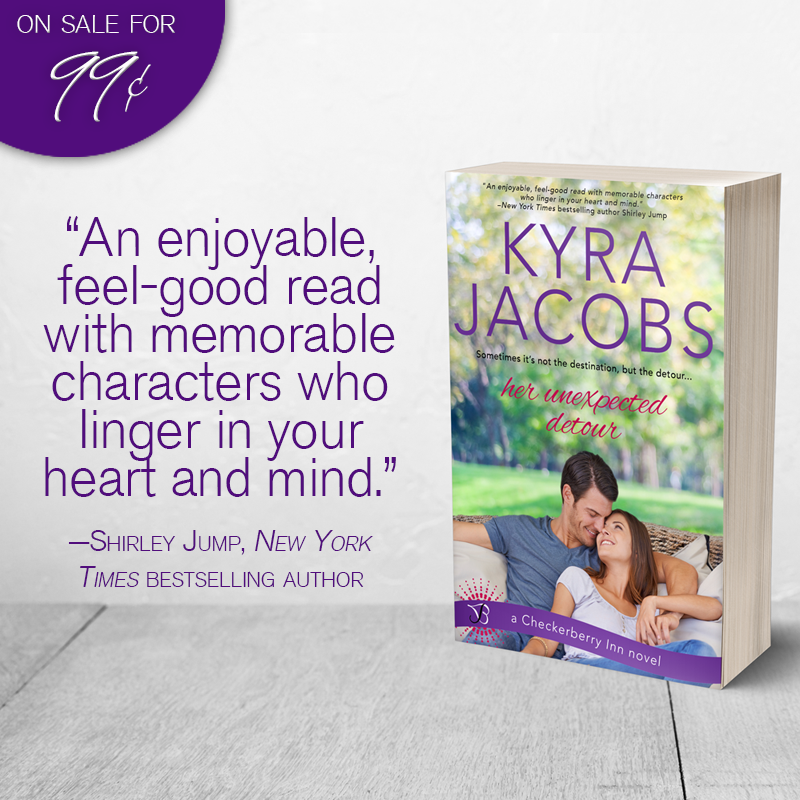 Sometimes it’s not the destination, but the detour…

Kayla has the perfect strategy for a broken heart: work, work, and more work. Then a storm sends her car skidding off the road, stranding her in Mount Pleasant. Fortunately, rescue comes in the form of the incredibly handsome but gruff Brent Masterson. And he’s hot enough to tempt Kayla into doing something she never thought she could do…

Brent Masterson swore he would never give into the fierce attraction that’s been sizzling between him and Kayla since they first met. He has his own demons, and he won’t risk his heart again. Not even for someone as gorgeous and amazing as Kayla. So…how exactly did he end up in Kayla’s bed last night? 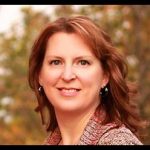 Kyra Jacobs is an extroverted introvert who writes of love, humor and mystery in the Midwest and beyond. Her romance novels range from sweet contemporaries to urban suspense, and paranormal/fantasy to YA. No matter the setting, Kyra employs both humor and chaos to help her characters find inspiration and/or redemption on their way to happily ever after. When the Hoosier native isn’t pounding out scenes for her next book, she’s likely outside, elbow-deep in snapdragons or spending quality time with her sports-loving family. Kyra also loves to read, tries to golf, and is an avid college football fan. Be sure to stop by her website www.KyraJacobs.wordpress.com to learn more about her novels and for links to connect with her on social media.

via GIPHY   I found Jane Austen after watching the 1995 BBC series, Pride and Pre…

I have an odd obsession with dish towels. For some reason they bring me joy, so in deciding o…