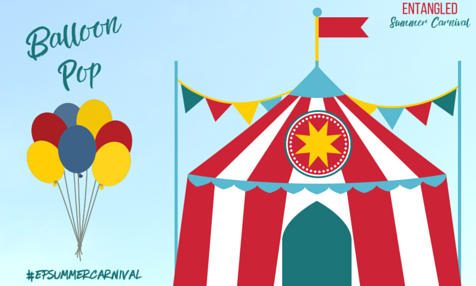 It’s a rather unfortunate reality that those times when you really want something to be perfect, it probably won’t be. From personal experience, I can say this applies to dating as much as it does to anything else. There is a silver lining, though. We tend to learn more about a person under imperfect conditions than we ever would during perfect ones. Take the following for example.

My junior year of college, I worked a summer job on campus with a really cute guy. He had short, spiky, blond hair and eyes that changed from blue to green depending on the color of shirt he wore. Our interests were different, but somehow we always found a lot to talk about when we were together. It wasn’t long before he started asking me out, and for our third or fourth date, he took me to the State Fair and carnival.

Carnivals are great, but as a dating environment, they can be hazardous. Rides are especially problematic. Not only do they put you in danger of motion sickness, you never know what the passenger before may have left on your seat. The night of my fair date, I sat in something a previous rider left behind, and as we whirled around, the wet substance seeped into the material of my shorts. I was freaking out and on the verge of dry heaves when the ride ended. If Purell had been a thing, I might have drowned myself in it.

My date kept a cool head and guided me to a bathroom where I could clean up. As upsetting as the situation was, he didn’t let me dwell on unpleasantness. He joked around and got me laughing until I wasn’t thinking about it. Soon enough, I was having fun again.

Food venders are another carnival hazard. Sure, what they sell might smell great and taste delicious, but they usually give it to you on a paper plate. I don’t remember what we ordered that night, but I do remember my date’s plate bent and a lot of his food fell on the ground, leaving a trail of sauce down one leg of his jeans. I expected anger, some stomping around, and maybe a curse or two. Instead, he chuckled and made some joking comments as he cleaned it up.

Mother Nature was the biggest hazard of all that night. As sometimes happens on hot evenings in the desert southwest, clouds rolled in fast, thunder began booming, and lightening started to crisscross the sky. For safety reasons, the fair had to close early. With so many people trying to leave at the same time, the exit lines were quite long. We were stuck in the middle of one of them when the downpour started.

By the time we made it back to his car, my date and I were both dripping wet in our stained clothes. At that point, he could have called it a night…I almost hoped he would…but he calmly drove me home so I could dry off and change. Then we went to see a movie in a nice dry theater.

It wasn’t the best date of my life, but it did teach me some key things about the cute guy who took me. I learned he was level headed and had a way of making me feel comfortable in uncomfortable situations, he tended to laugh off frustration, and when the unexpected happened, he was flexible and rolled with it. He was one of the most easygoing people I’d ever met, and I loved that about him.

After another year’s worth of dates…some perfect, others no so much…we got engaged. His name is Mark, by the way, and we’re married now. Going to the State Fair is a tradition we always enjoy, but it’s not just the two of us anymore. We have four girls to take along. Each of them spills something twice, if not three times, when we go. In his laidback way, Mark helps them clean up and teases them until they’re smiling again.

A little chaos doesn’t bother my guy…I learned that on a far-from-perfect summer date to the State Fair and carnival.

Get your copy of Atlantis Rising today!

I am different. I have always been different, but no one can know or my life will be in danger. So I hide in plain sight, wearing drab clothes and thick glasses and trying to be invisible. I’m so good at hiding, no one has ever noticed me. Until Ian…the mysterious and oh-so-cute boy I know I need to avoid.

Now I have been seen. And more terrifying still, I am wanted—by those who would protect me and those who would destroy everything and everyone I love. But if they’re all terrified about who I am, wait until they see what I can do…

Top 5 Dream Jobs Besides Writing   One of my favorite magazines is Outside, mostly becau…

Marie Loggia-Kee is in the house talking about the middle ground.  Welcome Marie! As the publishing …