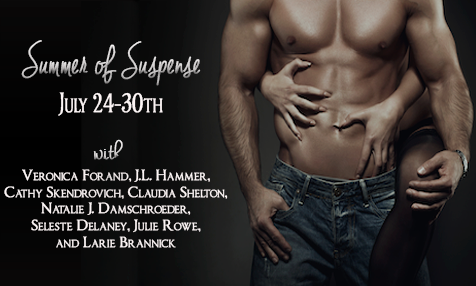 I admit I don’t play a lot of Pokemon Go, but I’m not opposed to running through the neighborhood with the kids in search of an elusive Charizard. I personally am horrible at catching anything. I was also the girl on the side of the lake with no fish when everyone else were catching dinner for the week. But I don’t really care about catching anything, I’m more excited to see the creatures. If there’s one in particular that completely catches my interest, I’ll try to catch it. Otherwise, I’m more spectator.

That’s also how I am with writing. Characters pop into my head and shoot off one liners and snarky comments. At times, I just laugh and let them go, and other times, I try to catch them and place them in a story. One character that wouldn’t leave me alone, although I tried to ignore him was Simon Dunn, the hero of True Deceptions. He arrived in my head, all cocky and unapologetic. I couldn’t resist his personality, so I used him for a minor part in my novel Untrue Colors. He wanted more. So I added another scene and another scene and soon, he was a major character with his POV in a story that for a different hero and heroine.

True Deceptions, however, is his own story.

Simon made his way toward his bedroom with only a towel covering his bottom half. Cassie blocked his way. She’d changed into tight jeans and a low cut blouse. Sweet and sexy.

“Can I talk to you?” The hesitation in her voice didn’t bode well for the conversation.

She nodded and sucked in her bottom lip. He’d give up everything to spend one night with free access to those lips. She must have noticed his focus on her mouth, because her hand touched her lip in an attempt to remove a nonexistent crumb from the corner.

“I’m embarrassed to say I doubted your ability. But you not only succeeded, you also brought Alex back unharmed.” Cassie inched closer to him as though she’d abandoned veganism and was starved for a steak.

Was his pretty California girl coming on to him?

“So you’ll trust me from now on?” he asked, maintaining his position in front of her.

“Cassie, you always have a choice. Be decisive. React. Don’t second-guess every move you make. If you want something, take it.” He bated his breath to see what she would do.

Stepping forward, she placed a hand on his chest. He brushed his fingers across her cheek and felt her lean into him. The tilt of her head against his palm short-circuited his normal control.

“What if I want you?” she whispered.

He should refuse her. She was his subordinate, and sex could screw up their already delicate relationship. Or it could strengthen it. Maybe give her more confidence. And then what? When the assignment terminated, they’d each go their respective ways with fond memories. Perhaps.

“Like I said. If you want something, take it.”

So my life is now filled with creatures who do not really exist. Pokemon Go characters and the crazy people who pop into my head vying to be characters in my stories.

Temptation. Seduction. Pleasure. It’s all part of the game…

After his partner was murdered, Simon Dunn was done with MI6. But the cold, violent world of British intelligence never lets anyone go free. Now Simon has been blackmailed into a new job…with a beautiful new partner who’s going to get them both killed.

Robotics expert Cassie Watson is a newbie field agent with as much sophistication as…well, a pacifist, vegan computer nerd. Now she’s abruptly thrust into the cutthroat world of espionage with a partner who is as cold as he is brutally-and brutishly-handsome.

But when their mission is betrayed from the inside, Cassie will be forced to place her life in the hands of the one man who’s anything but trustworthy…

A Golden Pen winner in romantic suspense and a triple finalist in the Daphne Du Maurier Award for Excellence in Mystery/Suspense, Veronica Forand is an attorney and a novelist. She’s lived in Boston, London, Paris, Geneva, and Washington, DC and currently resides near Philadelphia. An avid traveler, she loves to roam across continents with her husband and kids in pursuit of skiing, scuba diving, and finding the perfect piece of chocolate.

Romancing the Suspense by Claudia Shelton

Here is Cindi Myers for a bit of Straight Talk! When you are getting ready to start a new book, what…