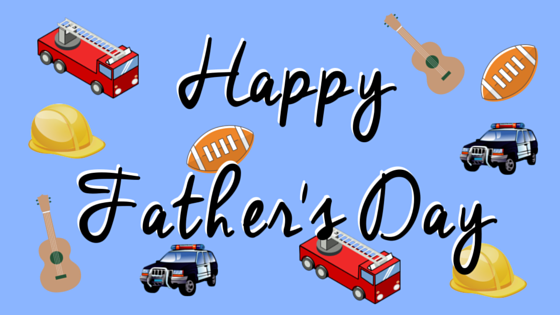 The best way to celebrate Father’s Day? With some of our favorite fictional dads, of course! Read on for a list of fictional fathers that rock our world.

Just For the Summer by Jenna Rutland

Why is he so swoon worthy? Matt’s devotion to his adopted son is most definitely sweet, and when you combine that with his ability to make you smile and laugh over some seriously bad pickup lines–you have one heck of a hero.

Why is he so swoon worthy? Ellie (the heroine) isn’t the only one whose eyes mist over Cy’s tenderness towards his son who lives with selective mutism. His willingness to do anything to protect and be with his special boy has us “awwing.”

Taste the Heat by Rachel Harris

Why is he so swoon worthy? Not only is Jason a smokin’ hot fire captain, but he is also the father to an outgoing, preteen daughter, Emma. Any guy that can handle a twelve-year-old girl with the same amount of respect, love, and charm as Jason is definitely worth a swoon (or five).

Playing at Love by Ophelia London

Why is he so swoon worthy? Jack is just downright lovable. He’s a good and honest man who is willing to pay two mortgages so he can be closer to his daughter, and his ability to admit when he is wrong is just the teensiest bit sexy, no?

Love Songs For the Road by Farrah Taylor

Why is he so swoon worthy? Marcus is literally a rock star, but he makes sure that he is always a dad first. Yes, making music is important, but taking the time to play prisoner and guard with his children is even more important. And did we mention that Marcus is a pretty delectable man? (We’ve “seen” him in his snug-fitting boxers, so trust us.)

Happy Father’s Day to all the dads out there that work hard to take care of their children, to the moms stepping up to do both jobs, and to the men who are there for children who need someone in their lives! You are the best, and we hope you enjoy your day!