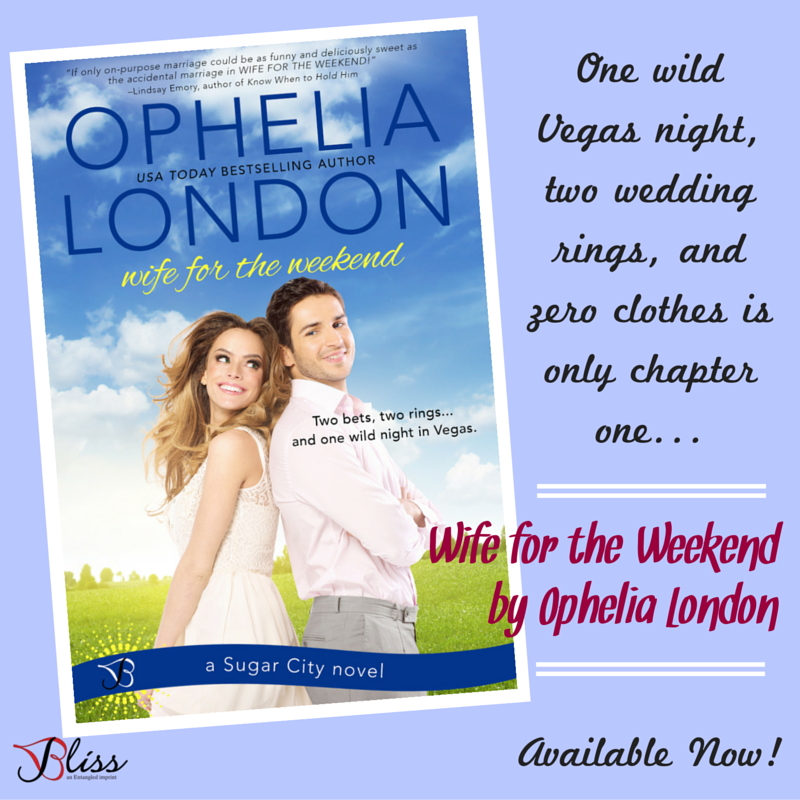 Have you picked up your copy of Wife for the Weekend yet? If not checked out this Teaser Tuesday and you will definitely want to snap up a copy!

It had been hard enough trying not to look at Jules at the hotel this morning. At least that sheet had left something to the imagination. But being in the same room with her while she wore nothing but a towel and her hair half damp hanging over her shoulders…

She was smart, too. Quick-witted, and she made him laugh, made him want to hold her hand and squeeze if he ever needed to.

He might not want to be married, but that didn’t mean he minded hanging out with her, maybe share just one kiss—for old time’s sake.

Suddenly, his childhood bedroom felt way too small and stifling.

“I’ll just grab my stuff and get dressed in the bathroom.”

“Why?” Jules was humming while running a comb through her long mermaid hair. Hell, she might as well be sitting on a rock singing a Disney song.

“It’s fine. Not like I want to jump your bones, Dexter.”

And just like that, he dropped his towel. “Getting back to building our story,” he said conversationally, “you were going to tell me about yourself. We’ve covered the champagne and your love of oils. What else should I know?”

“My birthday’s June twenty-second, making me a Cancer, but I was two weeks late—you know what that means.”

“Not a clue,” Dexter said, pulling a clean and pressed shirt from his bag.

“It means I was born to be a Gemini.” She paused to laugh and set down her comb. “I might be indecisive and talk too much, but nothing like a Gemini. Cancers can be tenacious, but our element is water not air, so obviously… Dexter!” She flung a hand over her eyes and spun around. “You can’t walk around like that.”

At her reaction, he felt a victorious smile curl his mouth. “Thought you didn’t want to jump my bones.”

“So what’s the problem?”

“Dexter.” She pointed in the general direction of what his towel should be covering. “You’re taking up my personal space.” The parts of her face he could see were turning pink. The roguish tease in him enjoyed watching her unravel. When he did nothing to alter the cause of her complaint, she marched over to him, keeping tight eye contact, picked up the towel, and threw it at him.

It bounced off his stomach and hit the floor.

“Be polite,” she growled, gripping the knot of her own towel.

This girl. Everything out of her mouth made him want to smile. “Oh, my not being polite is what this is about?”

“Dexter,” she said, not using her inside voice. “Don’t make me…”

“What?” he asked when she didn’t finish.

Who wins the battle of the towel? Pick up your copy to find out! 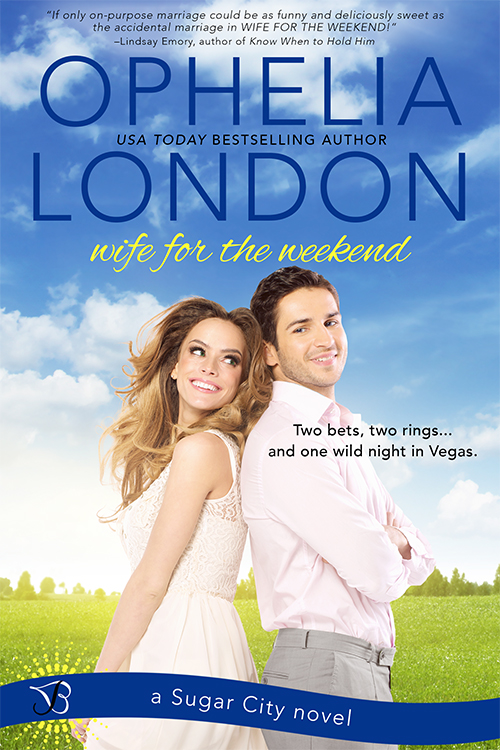 When bad weather closes the airport, free-spirited Jules Bloom finds herself stuck with the admittedly hot but total suit Dexter Elliott. One night and one large pitcher of “Vegas Sunrise” later, Jules wakes up in a hotel bed with a vicious hangover…wearing nothing but a wedding ring.

Determined not to ruin his brother’s wedding, Dexter strikes a deal with the frustratingly gorgeous Jules to continue their quickie marriage through the weekend. Only she keeps getting under his skin in unexpected ways.

Jules has her own reasons for staying married to Dex but they seem less important with each exaggerated touch and staged kiss. But one marriage, one major secret, and two complete opposites don’t add up to a happily ever after…