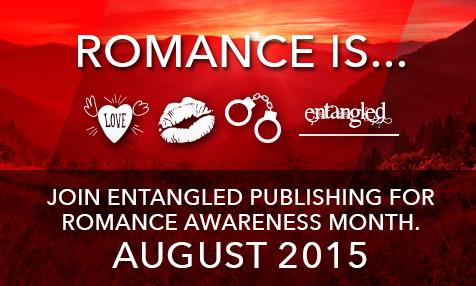 So, I had a kid recently.

And somewhere around the fourth week, when exhaustion had hit its peak and I could barely remember my own name, I started reading him romance novels.

In part, this was a way to stay engaged and productive in my job as an editorial director for Entangled Publishing, a job that stops for no man, woman, or baby. And in part, it was because I knew it was important to read out loud to your newborn for language development, and it didn’t matter if it was the back of a cereal box or Dr. Seuss. He wouldn’t understand the words; just hearing them was what was important.

But someday, I hope he does understand. I hope that someday, my son reads romance novels. 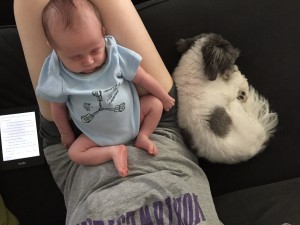 I’ve heard it said that choosing to have and raise a child is one of the most optimistic things a person can do, and I believe that’s true. There’s something inherently hopeful about believing that both you as a parent, and the world you live in, will be kind and good and giving enough to bring someone into it and ensure his life is worthwhile. And what I love about romance is that same inherent optimism.

At the end of the day, romance is about happily-ever-after. It’s about believing that no matter the odds, a happy life with someone who makes you whole is out there. No matter your race, gender, sexual preference, economic background—that people deserve love, that love is love, and that love conquers. That men who respect and admire women are “heroes,” and that women who respect and admire themselves are the “heroines” of their own stories. That children like him exist because parents find each other, fall in love, and want to spread that love enough to feel optimistic enough to try their hand at parenthood.

And I think those are pretty valuable lessons to teach a kid. 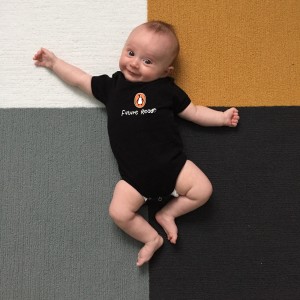 This month is Romance Awareness Month, which is truly pretty great. Romance gets a bad rap sometimes, being called “smut” or “trash,” by those who don’t fully understand it. Sure, it’s sometimes about sex. Yes, some of it can get fairly graphic. Admittedly, at times it can be quite formulaic. But those of us who love it understand that its value lies in its optimism, in its comfort, in its promise well kept that things will always, always work out in the end. (And sometimes, yes, in its hot sex.)

So yes, I hope my son reads romance novels someday. But we can wait until he’s mastered Dr. Seuss first.

by Coleen Kwan I grew up in a city, and I currently live in an even larger one, but small town livin…