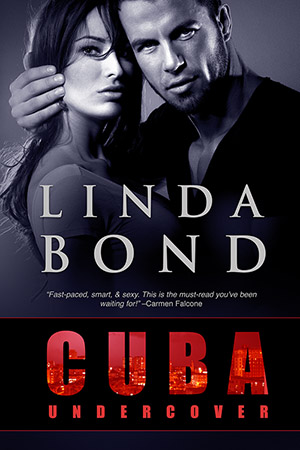 Every novel has a unique birth.

Mine was born as I was working my day job as a TV news reporter in Florida. Pope John Paul II was making an historic first visit to Cuba to meet with Fidel Castro, and I was chosen to follow a large group of Tampa residents going to see this meeting. For many it was a golden opportunity to go back to Cuba and visit family they’d left long ago.

My job was to tell the human-interest stories of the local Tampa residents making this trek. I picked the Figueredo family to interview first because of the conflict still apparent within their family. We romance writers love a good conflict. Juan and Josefina Figueredo have five sons, but only two agreed to go with their parents back to Cuba. Three of the brothers refused to go back while Fidel Castro was still in charge. They were still angry at what they feel the dictator did to their homeland and their family.

I was fascinated that Castro was still dividing families decades after the revolution ended.

The group heading to Cuba met first in Tampa at St. Paul’s Catholic Church. I’ll never forget my first meeting with my future husband. I sat next to him, because it was the only seat available in that row. Fate? I don’t know. But I sat next to Jorge Figeuredo and immediately he introduced himself and started telling me what to do. Which promptly pissed me off. I’m a reporter. In America. Don’t tell me what to do. 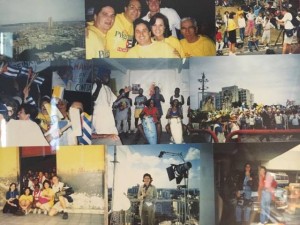 He was one of the few men I’d ever met who wasn’t a bit intimidated by my profession or my independence or my line of questioning. In fact, I didn’t intimidate him at all.

And that sparked an interest.

So, I interviewed the eldest Figueredo’s, Juan and Josefina in Tampa first. I’ll never forget how Jorge jumped in and interrupted my interview, after his mother, overwhelmed with emotion, began to cry. He didn’t like it, and he didn’t want me to get them in trouble with the Cuban government by talking to his parents about politics.

On the day we traveled to Cuba Jorge, was the only one to challenge what I chose to wear on that flight. I had on black pants, a red shirt, and a black, red and white scarf. The colors of the University of Georgia where I went to school. Also the colors of communism.

I scoffed back. I wasn’t making a political statement. I was wearing what was in my closet.

But as soon as we got off the airplane and into the airport in Havana, a Cuban worker thanked me for wearing the colors of their flag. He was referring to the communist flag not the best known flag of the Cuba island nation, which is also red, white and blue. When I looked over at Jorge, he just grinned. He didn’t have to say a word.

More sparks of interest. Maybe because we challenged each other.

When we got to Cuba, my first story was to travel to Jorge’s relatives’ house about an hour outside of Havana. The family didn’t know Victor, Jorge’s brother was coming, and one elderly aunt had been especially close to Jorge’s older brother. When we arrived, I had my photographer jump out and capture a truly heart warming moment when the aunt realized the baby she’d helped raise was back from America after more than 30 years. The aunt ran to the bedroom and pulled out a tiny red shirt, the one Victor had worn the day he ‘d left Cuba. That emotional moment found its way into Cuba Undercover.

I didn’t see much of Jorge after that night. I did most of my reporting in Havana. He stayed with his family in that small town an hour away. But his mother never forgot me. Neither did his brother Victor. When we got back to America, his mother would invite me over to eat her great Cuban food. My mother had passed, and I missed home cooking. Jorge would show up. We’d eat, talk, and the rest, as they say, is history.

So, my love for Cuba was born this way. And my book is based on our true love story, for on that trip – whether he knew it or not, Jorge was teaching me a few things. That the greatest things in life are not success and wealth but love, passion, freedom and family. Also health. If you have all of these – you are truly rich. 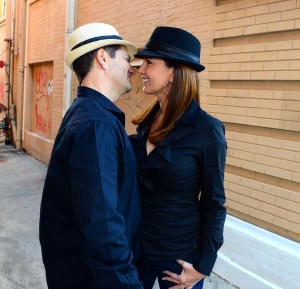 Find out more about Cuba Undercover

Behind the Book with Callie Hutton

We Love Bookshelves: The SubClubBooks

When I’m forced out of my hobbit hole of introversion and end up at a party, I …

Some books write themselves, while other books have to go through several painful rebirths be…

A few years ago, around the time I first had the idea for the book that became A False Proposal, my …