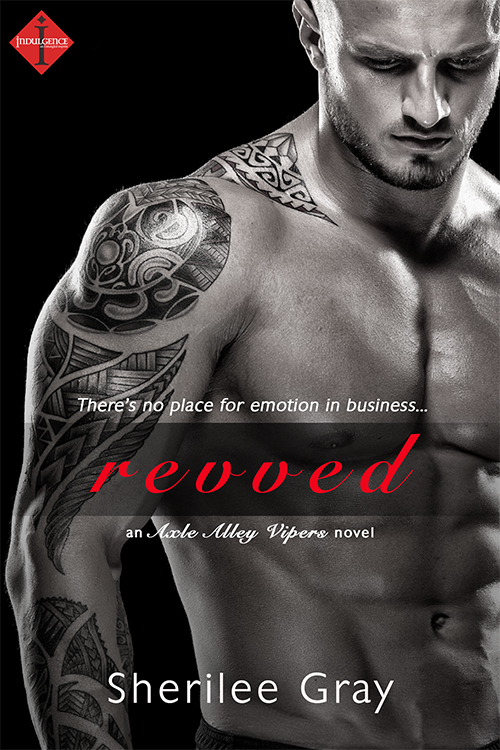 Readers loved the cover of the first Axle Alley Vipers book, Crashed, now take a peek at the other covers in the series! 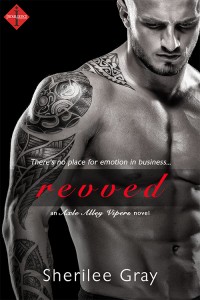 Rusty West swore she was done with men. Instead, she channeled her passion into West Restoration, the car shop she runs with her best friend and sister. But Rusty’s aloof composure fades when the owner of the competition comes striding into her shop, over six feet of sexy, rough-edged confidence…hot enough to send Rusty’s motor into overdrive.

Reid Parker worked his ass off to get what he wants—and what he wants is West Restoration and its crew. He never expected to find a shop of all-female mechanics…or the stunning redhead who ignites a lust that threatens his cool. But Reid plays carefully. He never, ever gets involved with a woman beyond one night.

And no matter how hot the sparks, Rusty will never compromise her business for a man…

Add to your Goodreads shelf 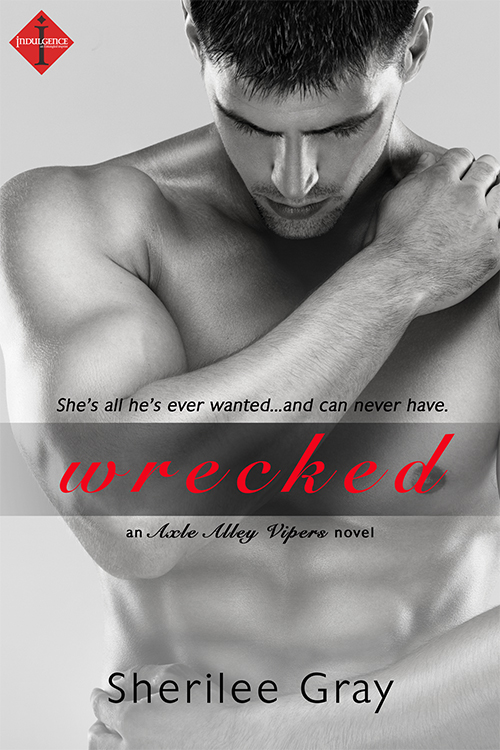 Piper West is finally on her own, and it’s time to get crazy. Except that her overprotective big bro has enlisted his ex-cop best friend to keep an eye on his baby sister. With every move monitored and reported back, Piper’s life has gone from “going crazy” to “being driven crazy.” But a searing-hot kiss with her sexy and scarred watchdog is just the game-changer she needs…

Cole Black owes Piper’s brother big-time, but there’s nothing easy about his new assignment. Piper is all feisty sexiness and curves meant to tempt a man beyond reason, and Cole can’t stop himself. Now he’s caught up in a hunger like nothing he’s ever known, and he can’t get enough…

Even if Piper’s the one girl he’s not allowed to have.

Add it to your Goodreads shelf

Did you miss the first book’s cover?  Check out Crashed here: 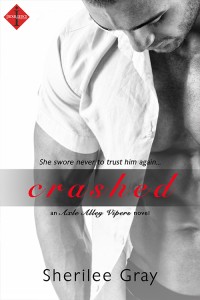 She swore never to trust him again…

Fiery mechanic Alexandra Franco should have known better. Years ago, her best friends’ older brother took her virginity and broke her heart-or rather, doused it with gasoline, lit a match, and then walked away. And Alex definitely should not have indulged in another hot night with him after the fact. He’s not the same boy she fell for, and she sure as hell doesn’t want anything to do with the wealthy, ruthless man he’s become.

Walking away from Alex was the biggest mistake of Deacon West’s life. She belongs with him, and if getting her back means playing dirty, so be it. If she’ll grant him a three-month, no-strings affair, he won’t sell the building Alex and his sisters use for their auto repair business. Hell, he’ll even sign it over to them. But will Alex ever entrust her heart to him again, or are they destined to crash and burn?

Add it to your Goodreads shelf

The blog tour for Samanthe Beck’s red-hot Brazen debut kicks off tomorrow! Samanthe will be st…

In the short time we’ve been in business, Entangled Publishing has become known as an innovato…