Reid vs Jackson
Round 2 Match 1

Thank you to The Hopeless Reader & RhiReading for their continued support of these two fine men!
Vote via rafflecopter below

Top 5 Reasons Why Reid Wentworth is the Ultimate Hero 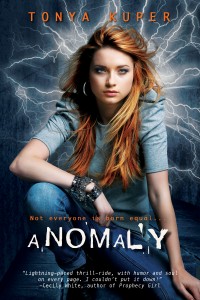 Hi! I’m Tonya Kuper, author of Anomaly, book one in the Schrodinger’s Consortium young adult scifi series. Anomaly is written in dual first-person POV, so we get the story from Josie Harper, the heroine, and Reid Wentworth, the swoony hero. Reid and Josie are Oculi – they can bend reality. Reid grew up in the largest Resistance Hub in North America, taking on the position of trainer. He had more of a militaristic upbringing and is therefore trained to handle situations with care and precision, though he can’t help be his natural smart-ass self. Below are the 5 reasons why Reid is the ultimate hero.

1. Reid is protective of Josie. When first meeting Josie, Santos, Reid’s sidekick, verbally makes a note about how hot Josie is. Reid immediately thinks about how he won’t let Santos touch her, let alone sleep with her. Hell, he won’t let anyone touch her. (There is a good reason he’s protective – it’s not in a crazy stalker way.) Without giving any spoilers, Reid has been watching out for Josie for longer than she originally thought.

2. There isn’t thing more attractive than self sacrifice. Reid puts Josie before himself. Always. He breaks protocol for Josie, which he knows will result in a severe punishment, and he uses his limited supply of energy to train Josie and make sure she’s safe.

3. Reid is one tough dude. Not only can he kick major ass in a physical sense, he can Push and Retract reality at lightning speed. He’s not afraid to get hurt.

4. He’s playful and funny. One example: When Josie walks out in her “Set Phasers to Stun” Star Trek tee, Reid says, “Well, you certainly stun. You’re the only person who can make nerdy look so sexy.”

This is how we first meet Reid: “Another bike rolled up between the red one and the curb. A black crotch rocket. Black helmet and black tee on a whole lotta muscle.”

So there you have it – 5 reasons (out of a million) why Reid Wentworth is the Ultimate Hero. If his underwear model good-looks don’t win you over then how much he cares about Josie will. Swoon!

Find out more about Reid Wentworth in Anomaly by Tonya Kuper

Top 5 Reasons Why Jackson is the Ultimate Hero! 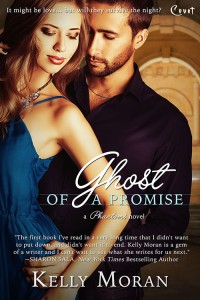 Hello, everyone! How exciting that Jackson made it to the next round. He just offered up a lopsided grin and rubbed the back of his neck. Jackson is a man unaccustomed to staying in one spot for long, but Ava knocked that wanderlust right outta him. I had so much fun writing him. Phantoms is a supernatural series, which kicked off in January with Jackson’s book, Ghost of a Promise. Book two comes out in May and book three in September. I also write heartfelt contemporary romance and I have another series launching this year called Covington Cove. I’m a Readers Choice Finalist and a Catherine Award-Winner, plus earned one of the 10 Top Reads on USA Today’s HEA blog. So nice to meet you!

1. Charm: Oh yes. Jackson has charm in spades. As the lead investigator for the hit paranormal TV show, Phantoms, he’s used to being in the spotlight and wowing viewers. And women. It’s his superpower.

3. Heritage: Did I mention Jackson is British? Hello, luv! His mum lives in the States but his father resides in England. He bounced around across the pond and can wield that accent like a weapon of mass desire. *shivers in glee*

4. Alpha: (insert sigh here). Jackson is a take charge kind of man whose presence fills a room and leaves other males in shadow. The thing about Jackson, though? He knows when to concede control and has utmost respect for women. Yum.

5. Open-Minded: One cannot stress just how sexy this character trait is. Two of his crew members are gay, his co-lead is a strong-willed woman, and he demonstrates great respect for their team psychic, when most think the profession is a fraud. He listens to others’ opinions, asks for their advice, and takes into account their beliefs and feelings. Now that, my friends, is a keeper!

So there you have it. Are you swooning? Oh, how I loved writing Jackson’s character. I kinda want to shove Ava out and insert me instead. Alas, Jackson wouldn’t tolerate it. He fell hard and they’re meant to be. But do vote #TeamJackson as he’s the perfect book boyfriend. Thanks for coming by! xo

Top 5 Reasons to Know How to Dance

Today we’re very happy to be sharing the fabulous cover for Tempting the Bodyguard by Jennifer L. Ar…