Jaxon vs Jackson
Round 1 Match 5

Thank you to Happy Tails and Tales & Consuming Worlds for championing these two fine men!
Vote via rafflecopter below

Why you should vote for Jaxon 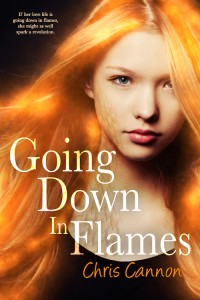 Hello everyone!!! Today I get to Champion a Book Boyfriend Favorite!! You see, Entangled is doing something awesome. They are pitting hero characters from their published books against each other! YAY! And I chose Jaxon from the Going Down in Flames Series by Chris Cannon! I do know that Jaxon is going up against Jackson from Gravity by Melissa West during round 1. I gotta win to make it to round two, so I am expecting all my cool followers to help me promote him. And of course that means getting down and dirty, though that’s just me, as Jaxon probably would never stoop to those levels hahahaha!!!! So, Let me tell you a little about him, and below that I’ll show you how to vote and his books!!

The wonderful author so graciously let me show you some AWESOME pictures of how she sees Jaxon, which also fits my brain as well. So Here we go!

Appears in: The Going Down in Flames series by Chris Cannon
One-sentence summary: honorable, slightly stuck up, HAWT, blue clan dragon shifter
Physical description: tousled blond hair, bright blue eyes, golden skin like a surfer. He looks like the all american boy next door
Description from the wonderful author:  Jaxon Westgate is the son of the man Bryn’s mom jilted. He’s been raised to despise her because she damaged his family’s reputation and standing in the dragon community. THEN, Jaxon’s mother and Bryn’s grandmother scheme to set up an arranged marriage between the two. Neither Bryn nor Jaxon is thrilled with this idea.
Jaxon is loyal, honorable, and arrogant and did I mention that he’s hot?
His weapon/swoon-worthy moment: With Bryn hurt, Jaxon comes to the rescue…

Jaxon climbed into the pit and placed one are under Bryn’s lower back and one under her knees. “I’ve got her weight.” … “Look at me, Bryn.” Jaxon held her gaze. “You can do this.” In a swift motion, he pulled her upward and cradled her to his chest.

— so without spoilers, I think this exact moment is where I fell for Jaxon. Because you see, I actually despised Jaxon in most of book one. Until the end. And at the end, and going into book two, you are getting to see Jaxon as a person, not just a dragon. Yeah, he’ some kinda HAWT!!!
My Favorite Jaxon Quote:

He looked at his shoes while he spoke. “I suppose it’s too late to suggest you adopt another kitten, instead?” His tone was dry, but there was truth in his words. ~Bridged Burned

“I don’t mean to sound ungrateful, but your brand of insanity rubs off. In the sixteen years I’ve been alive, I’ve never seen my mother in her pajamas. It’s disturbing, and it’s your fault.”

My third, but not last favorite Jaxon Moment:

Jaxon draped his jacket over her legs. “Can you sit up?”…. “Tell me I didn’t flash the entire class.” “About a third of them know you wear stockings. I’ll keep the information about the bumblebees to myself.”

You can see my 5 PAW Bridges Burned review HERE

Championed by Happy Tails and Tales

Why you should vote for Jackson 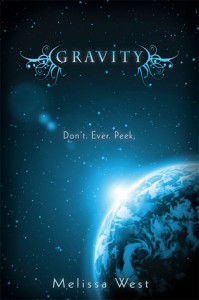 Hello bookish people, welcome to March Madness, where we get mad about more than the Spring weather, we get excited for book boyfriends. We all have them. We all love them. We all get a little crazy about them. And today I hope to either add another to your growing list, or reaffirm your love. I am Danielle Young at Consuming Worlds and I admit, I have a lot of book boyfriends. And today I am going to tell you why you should vote for one of them.

Jackson Locke is from The Taking Series by Melissa West and in the words of Ari (from Gravity book 1) “It’s as though chaos and perfection slammed into each other and he’s the result.” Couldn’t have said it better myself.

He’s solid 6’2″ of yummy alien goodness. A secret spy for his home planet, Jackson is everything a warrior should be. But with a heart. Jackson is a lethal weapon, both his mind and body are honed and sharpened to deliver maximum results. He is the best at what he does. Which, is everything. He is a top fighter, top marksman, and a genius.
Just look at him. He oozes confidence and swagger.

You’re wondering what’s under that shirt aren’t you?

But he isn’t just HAWT… (you know you were thinking it) he has a soft side too. Underneath his warrior shell lies the heart of a Lion. He feels deep, cares for more than himself, and loves with ferocity.

“ I love her with such an intense need that for the first time in my life, I feel whole, I feel right, I feel as though every flaw I have is now erased, filled by her. She is my perfect opposite, and I will love and protect her.  Always.” –Jackson Locke, Hover

“You shouldn’t love me, but assuming you ignore me, like always, know this: I am absolutely, mind-bendingly in love with you. In every way. Every ounce of my body. My entire being…it belongs to you.”

“I want you. In every way. In any way I can get you. And if that means being your friend, then that’s what I’ll be. But don’t expect me to open up about the worst parts of my life when I am next to nothing to you now.”

“His fingertips hesitate at my lips, and his gaze
drops.  I draw a breath, and then his lips find mine.  It’s an
explosion of emotions-first warmth, then contentment, then fear, so much fear.”

And he will fight to save everyone. Jackson doesn’t see race or color. He see’s people. And he will do anything to prevent their deaths.

“Why does death have to be the answer? It isn’t how I’m made, Ari. Orders or not, I can’t just sit back and let this happen. I’d never be able to live with myself if I did nothing.”

Picture #4
Even if it means he has to fight his own kind. Jackson is everything a book boyfriend should be… loyal, kind, fierce, funny, smart, confident, hot, and lethal. He can sweep you off your feet with romance and protect you from every adversary. He loves confidence in a girl and doesn’t mind when she can kick his butt. Now that is a real man.
And in case you still aren’t sure… I’m going to leave you with a few more “reasons” as I sneak away.
Picture #5
One more reason…
Picture #6

Find out more about Jackson Locke in Gravity by Melissa West

A Real Life Firefighter Santa by Adele Downs “Be prepared.” The Girl Scout motto has served me well …

The Voodoo on the Bayou tour kicks off tomorrow! Elle will be visiting blogs with fun interviews, gu…