Gareth vs Jackson
Round 1 Match 2

Thank you to I Smell Sheep & RhiReading for championing these two fine men!
Vote via rafflecopter below

Why you should vote for Gareth 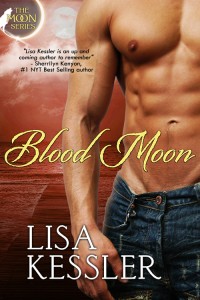 In round one of the Entangled March Madness Gareth from Blood Moon by Lisa Kessler is going up against Jackson from Ghost of a Promise by Kelly Moran.

There is one major reason why you should pick Gareth over Jackson: werewolf. That’s right, Gareth has supernatural strength to protect you and supernatural stamina to love you. Of course Gareth has many qualities that make him a dish you just can’t pass up…

Instructions:
Season werewolf with Native American Mysticism overnight in freezer. Put lots of dry rub on the emotionally frozen werewolf (rub it in well, many layers). In a blender add the caring heart of a strong female and blend until smooth. Pour over top of werewolf and let sit till thawed. Then sear with passion oil on extreme heat and serve on a Harley.

Best eaten outside under the stars.

Championed by I Smell Sheep

Why you should vote for Jackson 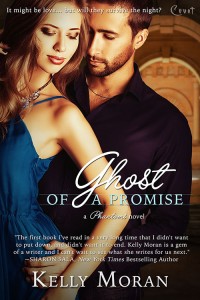 Howdy March Madness readers! Y’all might know me from around the book blogosphere and just how passionate I am about great paranormal romance heroes. But I have a few favorites and one of them is an underdog who won a spot in my heart when he leapt off the pages of GHOST OF A PROMISE. Since I’m a generous reader, I’m willing to share him with you, so today I’m giving you the top reasons you need Jackson Granger in your harem of book boyfriends! Without further ado please enjoy a taste of all that Jackson Granger has to offer.

After meeting Jackson for the first time, his heroine, Ava, decides he’s going to be trouble…

Jackson still looked as dangerously tempting as he had when she first saw him an hour ago. His wide shoulders and sculpted biceps were barely contained in his long-sleeved cotton shirt, and the man knew how to wear a pair of jeans better than any man on earth. His jaw had a day’s worth of growth, and his lashes seemed as thick as the beautiful mass of black hair on his head, framing blue eyes that lit with humor. The man was too hot and too charming for his own good.

Scratch that. For her own good.

And I lost count of the times that Ava mentions his scent being a blend of mint and lemon. Is your mouth watering yet?

But he doesn’t just smell delicious, nor is he simply handsome and charming, he has depth. When he falls in lust with Ava it’s not just her physical assets he’s turned-on by…

There was something so very attractive about a woman who spoke her mind and stood up for what she believed in.

Whenever she lets her snark fly he eats it up, and if I know one thing about you, my fellow readers, it’s that we’re a sassy bunch. A good book boyfriend is going to appreciate our greatest quality. 😉

Though Jackson has been a bit of a serial dater before meeting Ava—thanks to the nomadic nature of his job as host of a ghost-hunting show—he’s still intensely romantic. When he finds out that the haunted house she calls home has kept dates from even walking her to her door he gives her an unforgettable experience…

She was lonely. The thought never occurred to him. Ava was an independent woman comfortable in her own skin. Simple things like watching TV or waking in the morning were always alone. And that bothered her, at least to a small degree.

Well, hell. That was it. “Come here a sec.” He stood, walked to the kitchen door, and held it open.

“Where are we going?”

She pursed her lips and paused. Finally, she rose and checked the pot before meeting him at the door. “Dinner’s almost ready. We can’t stay out long—”

He closed the door behind her and leaned her against it. His admirable intention of offering her a sweet good-night adieu to make up for her previous dates blew to hell when her body pressed against his. Her glorious curves and tall frame meeting his muscle inch for inch had his desire raging.

“What are you doing?” Her whisper ended with a hitch, telling him she felt the pull too.

His belly heated. Other parts awakened with vigor. “Walking you to the door and kissing you good night.” Framing her face in his hands, he leaned in. “I had a really good time tonight.”

And then he did what he’d been wanting to since first setting eyes on her. He closed his mouth over hers.

Because he’s an alpha and a gentleman, and I haven’t even touched on his accent yet.

So about that accent…

Her teeth were working her lip again. “You haven’t used your accent all day.”

He didn’t see that one coming. Being on the road ten months out of the year, he used his British accent more often than not. On location, on camera, with their cases. He did it without thought. In fact, the only time he felt comfortable enough not using it was with his family and sometimes the crew off-location. Damn.

“Does it bother you?” he asked, keeping the American in his tone.

She shook her head and slid her hands up from his shoulders to his jaw. “I’ve always found British accents sexy, but you seem uncomfortable using it. When you’re angry, or really flustered, you drop it. I’d rather you be yourself, be relaxed.”

This wasn’t the first time she saw past his facade. It probably wouldn’t be the last. Yet the intimacy of having this woman know him so damn well was unnervingly welcome.

“I’m relaxed.” To prove it, he thrust again.

I’m sorry did y’all get the /thrust/ of my argument yet? *ahem*

Like your book boyfriends to be sexy with a good sense of humor too? After some ghostly hijinks when his heroine thinks she’s going crazy, Jackson comforts Ava with talk of how she’s not alone in her concern, or her attraction…

“Two things you need to know about me, luv. I’m a patient man and…” He traced the outer shell of her ear with his tongue and smiled at her sharp intake. He pulled back and walked to the door.

She breathed heavily from several feet away. “What’s the other thing I need to know?” Her voice was as hesitant as it was curious.

Now, because I know not all of y’all will have read GHOST OF A PROMISE I’m keeping the page scorching love scenes and the destroy-all-your-feels bits that lead to the HEA under wraps but because I like to play a little dirty I’m going to let check out my fancasting. Oh yeah, punched ya right in the ovaries, didn’t he? Team Jackson FTW!

Spice Your Own Damn Nuts… Here’s the bad news: I’m not much of a cook. But here’s the good new…