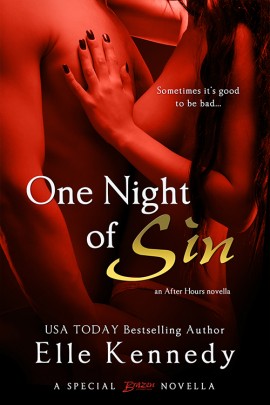 Sinners I Love to Hate 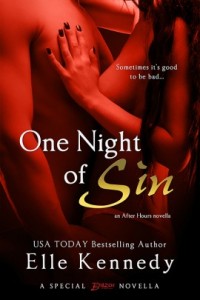 My After Hours series with Brazen features some pretty sexy bad boy heroes. My favorite of the series is Gage Holt, the hero of One Night of Sin. Gage is a former MMA fighter who now works as a bouncer at a nightclub called Sin. And he knows all about being sinful–the moment he sees the heroine, Skyler, he’s ready to have a steamy one night stand with her.

Now, Gage is actually sweet beneath his rough-around-the-edges exterior, so I’m not sure if he counts as an official “sinner.” I’m also not sure if all the sinners on my Top 5 list have that soft interior, but I can’t deny that I absolutely love their sinful ways!

1. Jaime Lannister, Game of Thrones. Okay, so yes, he’s in love with his sister. And he’s technically my enemy because I’m Team Stark all the way. But something about this guy….I just love him. He’s so charming and funny and dangerous with a sword. I loved him in the books, and I love him in the show (doesn’t hurt that Nikolaj Coster-Waldau, the actor who plays him, is super frickin’ hot!)

2. Hannibal Lecter, Silence of the Lambs. Yup, I’m going there. He’s a cannibal and a serial killer, and I still adore him. Again, I was drawn to this character both in the books and the movies, and I even love him on the TV show. He’s magnetic!

3. Dexter. Sigh, I’m starting to wonder if maybe I’m secretly a serial killer or something. Hannibal AND Dexter? But it’s true. Dexter Morgan can do no wrong in my eyes, and it totally helps that he only kills bad guys. So technically, he’s a vigilante sinner, so that’s okay, right?

4. Damon Salvatore, The Vampire Diaries. Confession: I hated the Vampire Diaries books. But the show? LOVE IT. I don’t think I’d love it half as much, though, if Ian Somerhalder wasn’t on it. Damon is the very definition of sin–he drinks too much, screws too much, and yeah, he’s a vampire, so he kills a lot of people too. But his sex appeal is off the charts. Off. The. Charts. And he definitely has that soft interior I mentioned before. Damon is my favorite kind of hero–a tortured badass with a good heart (well, when he feels like showing it to people)

5. Blair Waldorf, Gossip Girl. Yup, a female sinner made it on my list. I love, love, love Blair! She is a scheming, manipulative, selfish brat. In fact, I think she might be a crazy person. But her antics entertain me to no end, both in the books and the TV show. Plus, she really is sweet when she puts the crazy aside, and she’s insanely protective of the people she cares about.

So those are my favorite sinners from books, TV and movies. I’m sure there are a ton of others I’m forgetting, but these 5 stand out to me because they are just so awesome in their sinfulness. Some of them go beyond sinner–they’re certifiably insane. And yet…I love them.

Find out more about One Night of Sin

The tour for DATE BY MISTAKE by Candace Havens with Shannon Leigh, Gwen Hayes, Jill Monroe, a…

August is winding down and so is our Bliss 2nd Anniversary celebration.  Who better than to c…

Taming Her Forbidden Earl is being translated and sold in Greece! To celebrate, Catherine is giving …