I wish I could tell you that I could see the future like Beatrice can, but the truth is, I can’t. None of us really can, but wouldn’t it be splendid if we could? Or would it be a miserable curse? came up with the idea for this series after teaching Greek Mythology, again, in one of my English classes. I loved the mystery and importance which surrounded the seers, prophets from the gods themselves. And lo, the premise to The Raven Chronicles was hatched, and I took off running with it. I hope you enjoy the first installment of my series, LUMINOSITY, as you follow along a tale woven between Beatrice’s struggle to manage her loyalties when it comes to her best friend, the City they live in and the enemy who wishes to destroy it all. 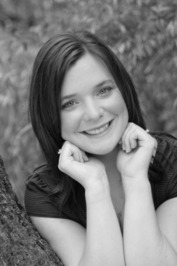 Stephanie Thomas has been writing ever since she could put letters together to form words. When she was a small child, she would present her mother and father with self-made newspapers filled up with make believe stories and pictures. Her love for writing followed her all throughout her schooling, where she entered and won writing contests of all sorts. Stephanie decided to become an English teacher and completed her B.A. at The Pennsylvania State University. While teaching, she later went on to get her Master’s in writing from The Johns Hopkins University. She completed her very first manuscript during her graduate studies, and by the end of the program, she had completed two more. 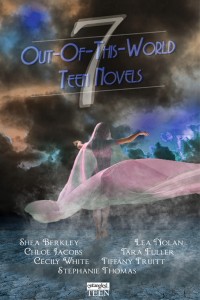 My name is Beatrice. When I was born, I was blessed with the Sight. I was immediately removed from my parents and enrolled in the Institution. At the age of twelve, I had my first true vision, earning my raven’s wings. And when I turned seventeen, one of my visions came true. Things haven’t been the same since.

The Institution depends on me to keep the City safe from our enemy, the Dreamcatchers, but I’m finding it harder to do while keeping a secret from everyone, including my best friend Gabe. It is a secret that could put us all in danger. A secret that could kill me and everyone close to me.

Stephanie’s book Luminosity is part of our Paranormal Bundle that is just 99¢ for a limited time this week. 7 Full Teen books for only 99¢! Click here to see more!

Saw Mamma Mia II TWICE! I was alone (both times), so I pretended to look for my date until th…

‘Tis the season for Egg Nog Cheesecake with J.K. Coi!   If you know me, you’…