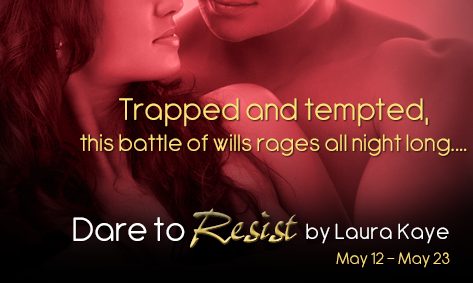 Nose Stuck in a Book

Made For You Book Reviews

Such A Novel Idea

Reading Between the Wines

Romantic Reads and Such

Also don’t miss Laura and Jennifer’s joint release day giveaways!
Dare to Resist is the prequel novella to the sexy wedding event of the year! The Wedding Dare Series brings together five New York Times bestselling authors, one sizzling story of how the bride and groom fell in love, and four super sexy tales of bridesmaids who hope to get lucky in lust—or maybe even love—at their friend’s wedding. Here’s the story that starts it all! 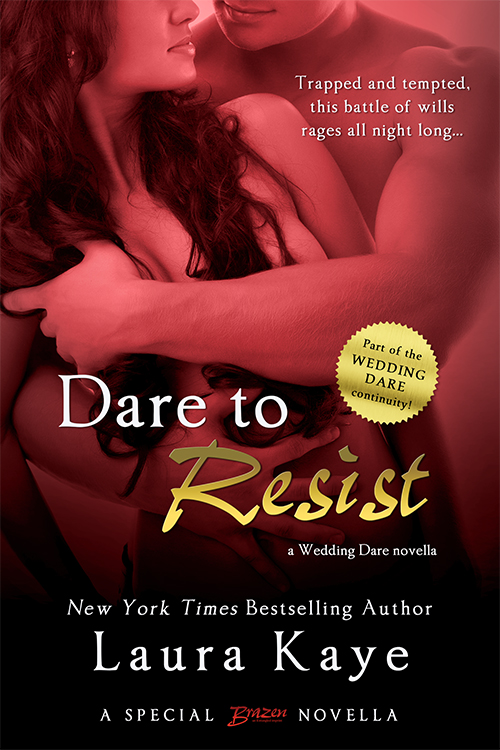 Dare to Resist
Only 99 cents!

Trapped and tempted, this battle of wills rages all night long…

Kady Dresco and Colton Brooks click on a level that defies logic. There are only two problems. One, he’s her older brother’s irritating best friend, and two, they’re bidding on the same military security services contract.

When the competition heats up, Colton is torn between wanting to strangle Kady (and her annoying brilliance) and kissing her into submission. Which is a bad idea for a million reasons, because Kady’s submission is exactly what he craves. Being trapped in a tiny motel room with the object of his darkest fantasies will require every ounce of his restraint.

Kady doesn’t want his restraint, but Colton knows better. She deserves love, marriage, and a white picket fence—three things Colton can’t give her. But her proximity and the memory of their steamy near-miss three years ago slowly destroys his resolve. And he’s not sure how much longer he can keep his hands off…or his heart closed.

About the Wedding Dare Series:

When four bridesmaids dare one another to find lust—or maybe even love—at the destination wedding event of the year, the groomsmen don’t stand a chance. But little do the women know, the men are onto their game, and sparks will fly alongside the bouquet.

Diane Alberts, Falling for the Groomsmen

1 Reply on Dare to Resist by Laura Kaye Tour

Here’s Jenna Bennett for a bit of Straight Talk! When you are getting ready to start a new boo…

Happy February! The editors at Entangled Publishing are always looking for the next breakout hit. Co…