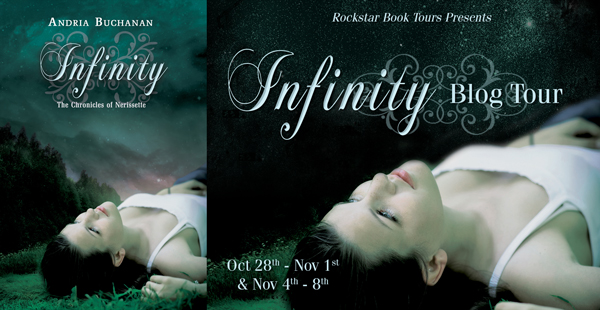 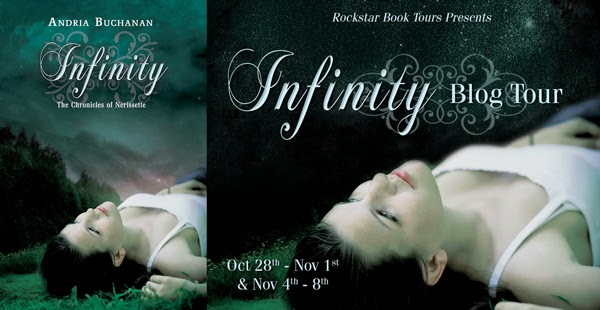 Hey everyone! We are totally stoked to announce the hosts and schedule for Andria Buhanan’s INFINITY which releases on November 5th. The tour is hosted by Rockstar Book Tours.

The tour runs for two weeks – October 28th-November 1st and November 4th-8th – has one stop per day, and consists of reviews, guest posts and interviews.

There will also be a tour-wide giveaway. Details will be revealed at the start of the tour. So be sure to stop by to check it out.

We are super excited be hosting the tour for this conclusion in The Chronicles of Nerisette Series and we can’t wait for its release in just a few weeks.!

But for now, here are the hosts…

The Book on Tour 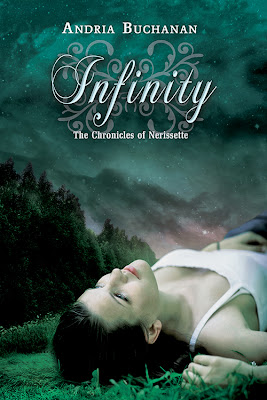 Although she’s still stuck in the magical world of Nerissette, Queen Allie is finally ready to build a relationship with the half hottie, half dragon next door, Winston. But all isn’t really fair in love and war. Unrest is quickly forming at the borders and soon Allie realizes that the Fate Maker wasn’t the only one who wanted her crown. When her trusted aunt Bavasama sends her troops into Nerissette on a campaign of murder and mass destruction, Allie has a tough decision to make. She can’t take the chance of letting more people die or letting those she’s lost disappear from memory, but there is more at stake than even she knows. Still, Allie has to do something. And in the process she’ll discover what she’s truly made of when faced with a series of options…each more horrible than the last.

In the Blood Blog Tour