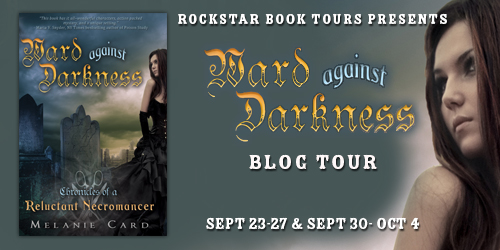 The Ward Against Darkness Blog Tour by Melanie Card kicks off next week hosted by Rockstar Book Tours! Melanie will be visiting visiting blogs with fun interviews, and a Scavenger Hunt you don’t want to miss! So make sure to check out the schedule for all of the stops. She also has an awesome giveaway going on! 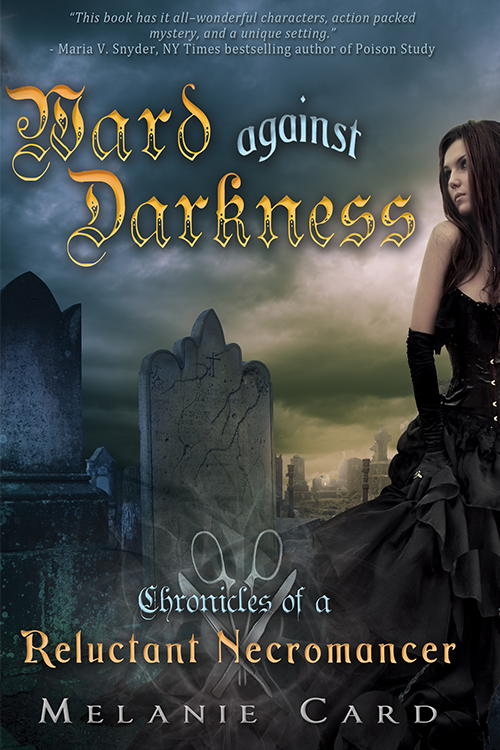 The last thing Ward de’Ath wants is more trouble. On the run from both the law and the criminal underworld, Ward and Celia flee Brawenal City only to stumble into the mansion of a powerful evil necromancer. And when Ward discovers the man possesses a dangerous grimoire, his duty leaves him no choice. He can’t allow the necromancer to keep the grimoire. But the mansion is filled with monsters–human and undead–and Ward has no way of telling who’s friend or foe. The only person he can trust is Celia who dominates more of his thoughts and feelings everyday. But there are still laws in the way of anything but friendship. She’s still dead and he’s still alive . . . for now.

Get ready for Chosen Ones. Seriously, you will be enthralled…   In the not-too-distant fu…