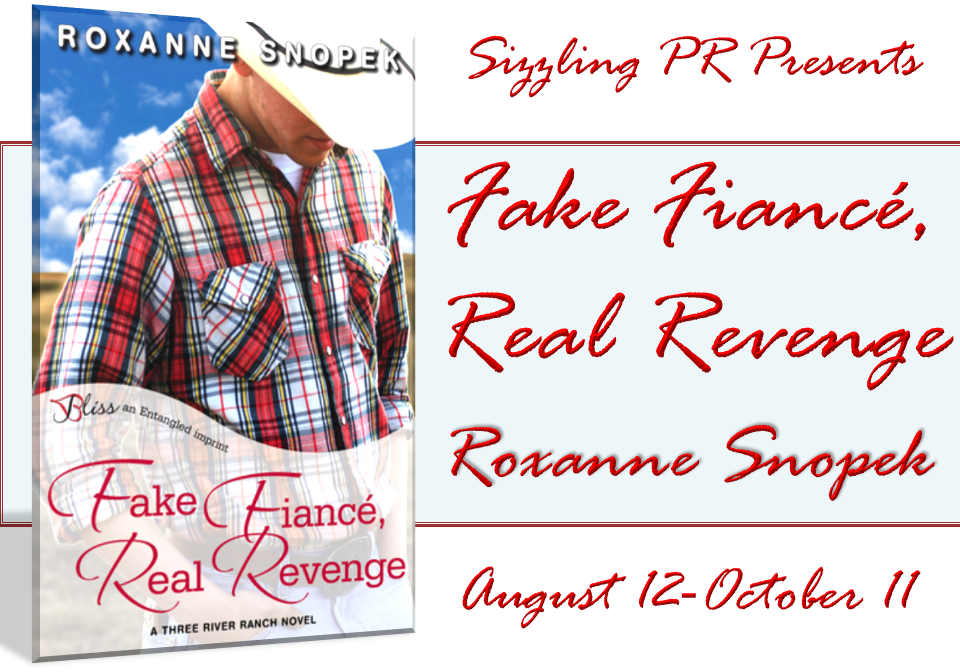 August 14 – Romancing Rakes For The Love of Romance

September 9 – Reading Until I Fall Asleep

September 18 – I am a book addict…and proud of it

September 26 – Love To Read For Fun

October 9 – A Passion for Romance

October 10 – Ramblings from this Chick

Real-estate tycoon Mitchell Granger has a problem. In order to secure a lucrative deal with an eccentric client, he told the teeny white lie that he was engaged…and now he needs to prove it. Even worse? The only name that came to mind was Sabrina Becker, the girl he was never good enough for growing up, and who still lives near his family ranch.

Sabrina doesn’t mind posing as Mitch’s fake fiancée—no, she doesn’t mind at all. One, she’ll make him pay with new construction for her business. And two, Sabrina’s got a plan to exact revenge on her first love, the boy who left her and Three River Ranch behind. She’ll pretend so well, he’ll fall in love with her…and then he’ll get a taste of what true heartbreak feels like.

But as Mitch sheds his corporate skin and picks up his dusty jeans and cowboy hat, will both his and Sabrina’s grand plans get derailed by love?

Are authors eccentric?     I was once labelled eccentric. As I was only a teenager …