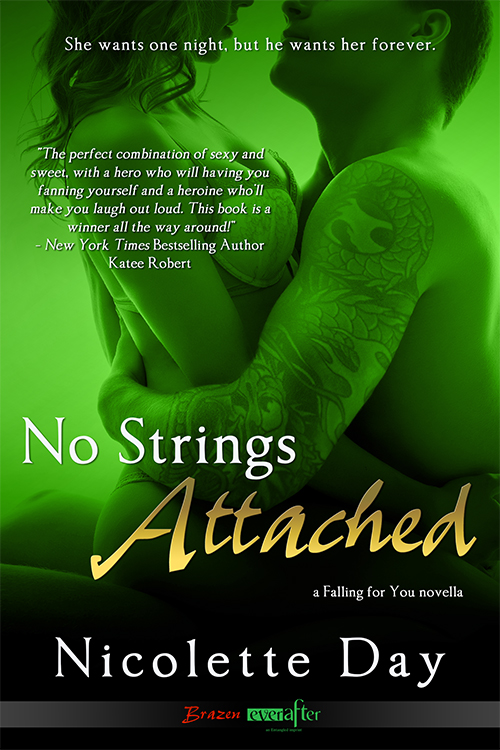 Tara Fuller/Nicolette Day has been a little MIA lately due to the fact that she’s furiously working to get the second Falling for You novel and the third book in the Kissed by Death series to you. But she’s peeking out of the writing cave to do a giveaway! All you have to do to enter, is leave an honest review for one or both of the following books…
BLURRED
or
NO STRINGS ATTACHED
Below you will find the cover, blurb, & buy links for each book. Once you have read the book, post your review on Amazon, Barnes & Noble (or both), then leave the link to your review in the comments below. If you read and leave honest reviews for both books, that will count as two entries. One winner will be randomly chosen on August 31st. Winner will get their choice of a $25 Amazon or B&N gift card.
**Remember to leave the link to your review on Amazon or B&N in the comment section below to be entered** 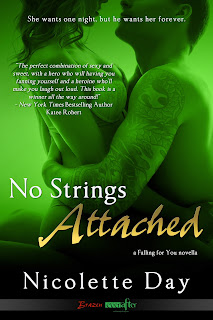 She wants one night. He wants her forever.
Hayden Summers just landed the job of a lifetime taking pictures for Time magazine, but she’s determined to leave with no regrets. The first thing on her list? Erase the memory of her cheating ex with a wild night of anonymous sex. The second? Figure out why her best friend, sexy bar owner Jace Jennings, stopped speaking to her the night she told him about the job.
Jace has a problem. Hayden isn’t just leaving the country, she’s risking her life—just when he’s realized he’s in love with her. When fate traps them in the storage room of his bar together, barely contained desire simmers to surface. In one last attempt to keep her, Jace offers Hayden the one thing she wants: a night of hot sex, no strings attached. But when the night is over, will Jace be able to let her go? And will Hayden leave with her heart intact?
Amazon
Barnes & Noble
Kobo
iBooks 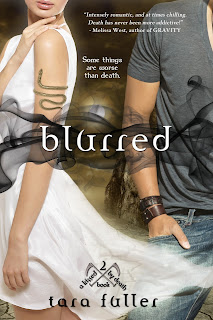 Cash is haunted by things. Hungry, hollow things. They only leave him alone when Heaven’s beautiful reaper, Anaya, is around. Cash has always been good with girls, but Anaya isn’t like the others. She’s dead. And with his deteriorating health, Cash might soon be as well.Anaya never breaks the rules, but the night of the fire, she recognized part of Cash’s soul—and doomed him to something worse than death. Cash’s soul now resides in an expired body, making him a shadow walker, a rare, coveted being that can walk between worlds. A being creatures of the underworld would do anything to get their hands on.The lines between life and death are blurring, and Anaya and Cash find themselves falling helplessly over the edge. Trapped in a world where the living don’t belong, can Cash make it out alive?
Amazon
Barnes & Noble
Kobo
Giveaway Rules
#1) Read Blurred or No Strings Attached (or both)
#2) Leave an honest review on Amazon or Barnes & Noble
#3) Leave the link to your review in one of the comment sections below:
http://tara-fuller.blogspot.com/2013/07/25-amazon-barnes-noble-gift-card.html
http://nicoletteday.blogspot.com/2013/07/25-amazon-barnes-noble-gift-card.html

Paige Cuccaro's giving away a Nook and $50 gift card!

JOIN THE PARTY!   Join us all day today for an epic author event!  Our March authors are…

It was June of 2007. I was sitting at a Starbucks in St. Paul, Minnesota. I’d just dropped my nine-m…