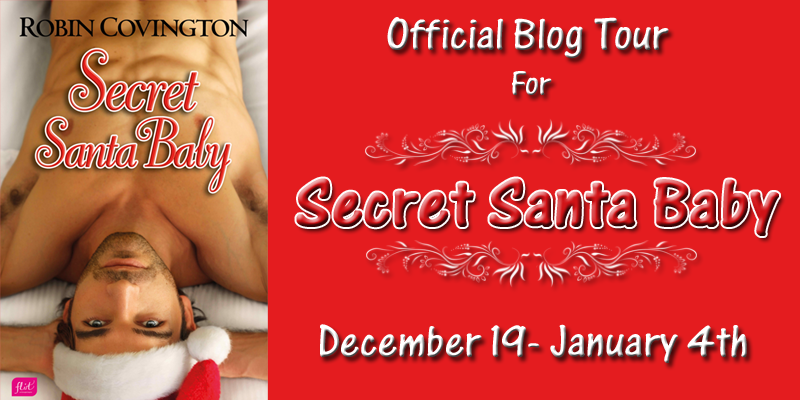 The Blog Tour for Secret Santa Baby has kicked off. Robin will be visiting blogs with fun interviews, guest posts, and great giveaways!

Tessa Stoneman hasn’t been able to get long-time friend and business partner Nicholas Boone out of her head since they shared a single kiss in college. Even when she dated Nicholas’s best friend. Now that she’s giving up her position at GameNerdz to strike out on her own—and now that she’s single—maybe it’s the right time to see if there’s still something between them.

Nicholas knows once Tessa leaves the company she helped found, they might drift apart. Before she starts her own company in the new year, he wants to woo the woman he fell in love with during college. So he poses as her Secret Santa, gifts her with items from the song “Santa Baby,” and plans a big reveal at the company holiday party. But when his best friend wants to rekindle his romance with Tessa, will Nicholas lose his last chance?

Recipes and Memories: A Cajun Christmas with Rachel Harris

Her Outback Cowboy releases on June 19, 2017 and we are excited to share a sneak peek. You wo…