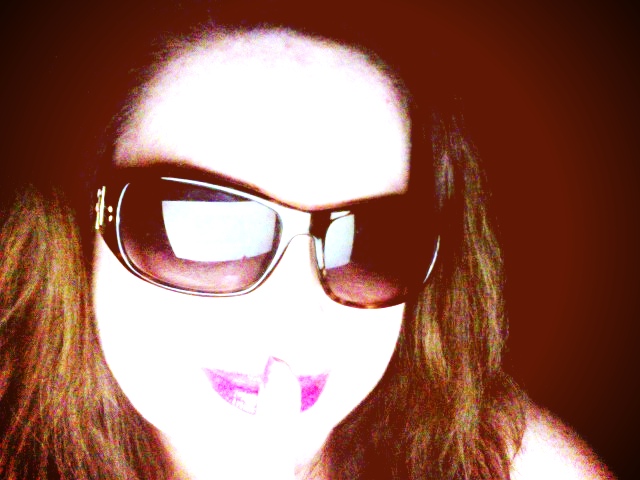 An Interview with Candace Havens, author of Take It Like a Vamp.

Clean off my desk. After every project it looks like a hurricane hit. I need a bit of space to get in the “mood.” I also find the music I want to use while I write and light a candle.

I do. I sleep for at least six hours straight. Then I have to have Mexican food. It’s a ritual.

I’ve had a lot. Just last night I was doing a Q&A with Amanda Hocking at her book signing. I sat around afterwards talking to some friends. There was a woman there who had just moved to the area. She asked me my name again, and then gave me a weird look. She said, “Like, Candace Havens the writer?” I started laughing and told her yes. “I’ve been looking for your books in three states,” she said. Her husband is in the military and they’ve been moving a great deal. “I can’t believe you are just sitting right there.” That was cool. But my favorite was at the Romantic Times convention in Los Angeles a few years ago. I saw this girl running down the aisle with a pile of books in her arms yelling, “Oh my God, she’s here. She’s here.” I laughed and wondered who she was so excited to see. Then she stopped in front of my table, dropped the books and gave me a huge hug. One of the best moments ever.

Are you really going to make me choose between Mr. Rochester and Mr. Darcy? It’s a meal. They can share me. (Smile)

Every book is different for me. Sometimes it’s a line of dialogue, and I don’t even know who the character is that is saying it. Or an idea just pops in my head. I don’t think about it too much. It’s just kind of magic.

I’m officially the worst title “comerupper” ever. I think one title out of 12 or 13 books is one I made up and that was Model Marine. Take It Like a Vamp was my publisher’s idea. And I love it.

This made me laugh. No. I do have people in my head that I’d like to see, though.

Sit down and write. A lot of people talk about it, but only a few actually follow through. And don’t make excuses. Do the work, take classes and always work toward some kind of deadline, even if it’s one you make for yourself. And be accountable to someone, so that you’ll be honest about making those deadlines.

I’ve been a journalist for a really long time. I write about television and film. I’m also a film reviewer for radio.

Well, this was the first time that an editor gave me an idea and it just fell out of my head into a book. And the research into the mythology of the type of vampires I use was fascinating. I’d never heard of them.

I’m a pantser who has to write synopsis for her editors. That means I do have to sit down and sort of think about where I want to go with the book. If I had my druthers, I’d rather just sit down and write. I really hate writing synopses.

I travel so much that I’ve had to teach myself to write no matter where I am. But my favorite place is in my home office hanging with my dogs Gizmo (maltese/Japanese chin) and Harley (monster-sized harlequin Great Dane). I sit down, light a candle, put the headphones on and I write.

Free time? I’ve never heard of that. I hear people take vacations. I’d like to experience one of those. Maybe a trip to Paris?

Do you prefer print books or eBooks? To read?

Both. I read on my iPad a lot because I travel. But when I’m soaking in the tub, I want a real book. (Smile)

I have a new steampunk series (Iron Demon, Iron Blood) coming out in Oct. 2012, a Christmas Blaze anthology (All I Want for Christmas…) with Kathleen O’Reilly and Lori Wilde, and there are new paranormals on the way. I’m also going to work on finishing up some of my other paranormal series the Caruthers Sisters and the Bronwyn books.

How much do you love Vamps and the Paranormal? Candace has started a Vamp Squad. Help spread the word about her glorious vamp novel. Don’t take it like a man (or woman)….Take It Like a Vamp! 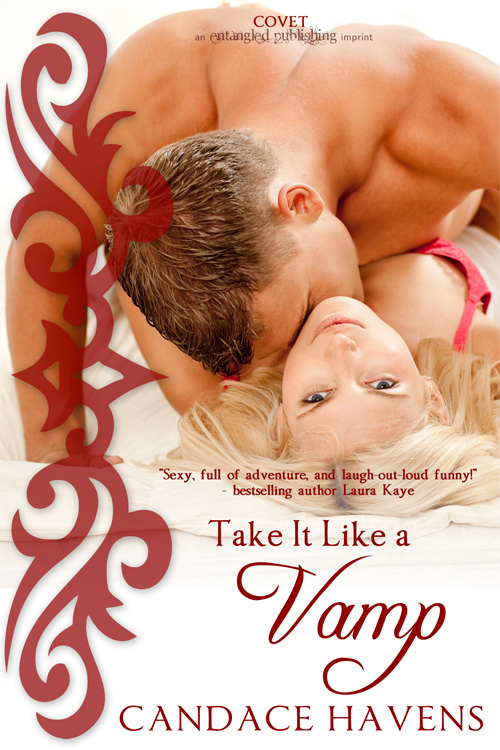 Vampire Nick Christos might have been born in the Middle Ages, but those days seem tame compared to the last eight years spent ruling the Supernatural Council. The only respite in his long days of governing is with his sweet neighbor Casey Meyers. Sure, he’s forced to take a cold shower after every encounter, but no way will he risk anything more with a human. Not with his blood thirsty ex on the prowl and out to ruin Nick’s life. But when said crazy ex shows up at the ball and flies her freak flag high, Nick has more to worry about than keeping his hands off his neighbor. He’ll have to stay closer than ever if he hopes to keep her alive, but will she want to leave him forever when she learns the truth?

1 Reply on Interview with Candace Havens

JOIN THE PARTY!   Join us all day today for an epic author event!  Our March authors are…