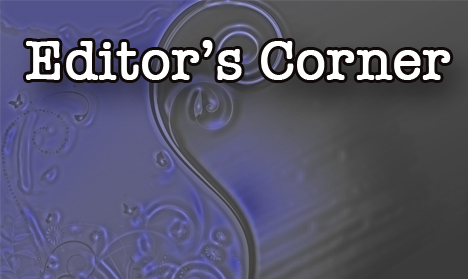 Ask a popular fiction reader to define urban fantasy, and you’ll probably get a response that refers to cover art (chicks in leather!) rather than content. Ask a student of genre, the answer will more likely address the Venn diagram of fantasy, horror, mystery, and romance.

Since we have yet to agree on a standard and pithy definition, I’ll share my own. Urban fantasy stories host mythological beasties that cavort either in public or just outside of the public’s awareness. They might reside in seedy, abandoned downtown buildings; in suburbs that cower from the shadows of the city skyline; or in the plugged-in town just outside of a metropolitan area, where big-city problems have crept into the fields and sewers.

There are two main divisions of urban fantasy, though. One derives from noir and usually has some kind of detective as the main character (or a casual hobbyist of the not-so-cozy-mystery variety), and despite being overrun by paranormal critters, it obeys many of the rules of noir mystery. The second main division can trace its tropes back to paranormal romance. These are the stories that have earned the genre the “Chicks in Leather!” designation.

However, there are also urban fantasy stories where “Chicks in Spandex!” might be a more apt description. Superhero story lines seem to love romantic interests, and that’s carried into the UF genre. Vicki Petterson’s Zodiac series and Jennifer Estep’s Bigtime series are two examples of novels written within the paranormal romance strain of urban fantasy. Those heroines in spandex might as well be heroines in leather.

The line between superhero and urban fantasy heroine is pretty slim. Where the fantasy-driven heroine was born or made through magic, the superhero’s genesis story is infused with science fiction: she’s kick-ass because of a sting from a GMO jellyfish/bee hybrid or because she accidentally went skinny dipping at a factory waste dump site. Despite the science fiction bent, the stories still have a ridiculous amount in common with urban fantasy. There are creatures of [modern] mythology, an alternate history, a heroine/hero who kicks ass now or will learn how pretty fast, and the increasingly blurry line between the bad guys and the good guys.

Superheroes are beings who, hundreds of years ago, might have been worshiped by the masses. Science has explained their magic, but they still captivate us. They are mythical beasties in cities choked with pain, cavorting at the edge of the public’s eye, kicking ass and investigating the shades of gray between heroism and villainy.  They are the modern gods of urban fantasy.

If you’ve made it this far, you deserve a drink. Behold! I present to you the Scarlett O’Hara:

If I were creating a Done-it blog, this one would absolutely be on my list: Publish a book. &…

I’ve been a fan of Diana Gabaldon’s epic Outlander series for years. Jaime and Claire …