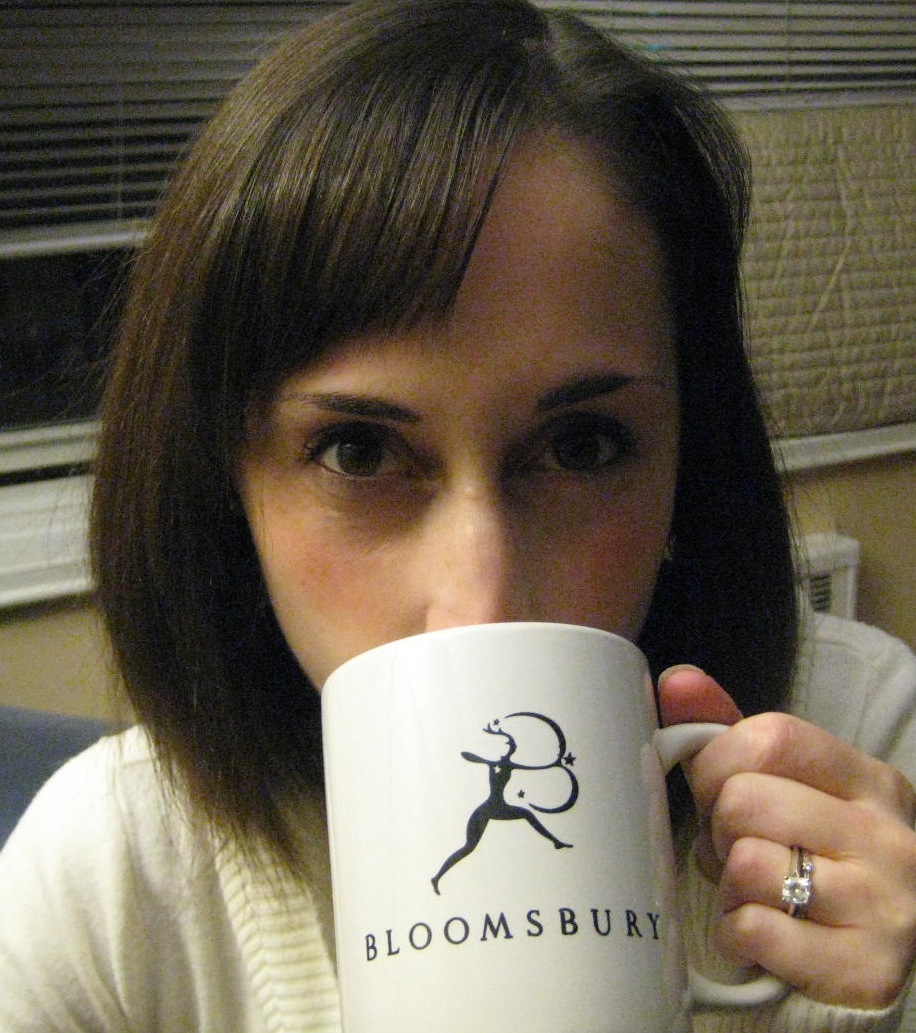 You may have read last week about Stacy Cantor Abrams joining Entangled Publishing as our new Editorial Director.  We’re beyond thrilled to have her and are equally thrilled to introduce her to you here at our Editor’s Corner.

Let’s be honest: this post should really be titled “Everything I Need to Know I Learned in NY Publishing.” But that mug is pretty awesome.

After having spent almost a decade working in this industry, I’ve seen a lot of changes. When I first started in publishing, agented submissions came in fancy boxes and were printed on thick stock paper, Barnes & Noble had no “paranormal romance” section, and e-readers were nothing more than a rumor.

But there are some lessons that have transcended time and space and electronics and self-publishing. Lessons that will transcend whatever comes at us into the future no matter what books—or the world—look like. And they are:

–The only thing more important than talent is passion. Obviously there’s no substitute for fantastic writing and a kick-ass premise. But that is just the first step in making an author’s long-term career. Having the drive, the energy, and the love for what you do as an author makes your sales team, your buyers, and your readers stand up and notice you. Committing to writing the best possible book, editing it the best you can, and then marketing the heck out of it, fully and whole-heartedly, is truly the only way to succeed.

–As the market gets tougher, so should we. Did you know that almost 300,000 books were published in the United States alone in 2010? And with self-publishing on the rise, that number will certainly go up when we tally 2011. That’s a lot of books, and that means a lot of competition to get any single one noticed. As the soft economy continues to mean consumers are pickier with their money, publishers will become pickier with their acquisitions, trying to put out fewer books more successfully. And that toughness is okay—we only want to publish five-star books, after all—but it does mean we need authors with the talent and passion to meet us halfway (see above).

-High-concept is key, key, key. I once heard a very smart agent describe “high-concept” as any book you can describe in one sentence. “Girl fights to the death in an arena.” High-concept. “Boy learns he is a wizard and goes to wizarding school, fights evil.” High-concept. “Sister decides to sue parents over donating marrow to sister with leukemia.” High-concept. If your story can’t be whittled down to one super-cool sentence—its elevator pitch, if you will—it’s going to have trouble hooking savvy readers.

–You can’t account for surprises. Some of the most successful books I’ve been involved in were ones that weren’t pegged as the “big” books upfront. Sometimes it’s a trend hitting at just the right time. Sometimes it’s riding on the coattails of another book, movie, YouTube video, etc. Very often, it’s an author’s own publicity efforts online or in stores drawing new readers. And, of course, it goes both ways: sometimes the “target” titles are the ones that don’t perform to expectation. But “you never know” is truly the best way to describe this industry—which is equal parts exciting…and terrifying.

–The only thing you can trust not to change is change. This was actually something my publisher at Walker said to me the day I told her I was leaving for an exciting, brand-new publisher with an unheard-of business model and almost socialist mentality. She’s seen Walker get bought by Bloomsbury, transition from a school and library publisher into a competitive trade publisher, become a global publishing entity, and probably watched dozens of different employees come and go. She’s had to be tough and smart yet passionate in spades—and has certainly been surprised any number of times. But accepting and welcoming change is the only real way to survive this crazy world we call the book business. Of all the things I learned in NY publishing, I think that’s probably the most valuable.

Oh, but to be fair, I did also get some really cool glass bowls on my five-year anniversary.

12 Replies on Editor’s Corner with Stacy Abrams: I Worked in NY Publishing for Nearly a Decade and All I Got Was This Lousy Mug

On top of being an author, I also have 3 kids and a part-time job. It’s a lot to juggl…

Cover Reveal Week is coming to a close with this not to be missed Lovestruck, Bridesmaid Blues by Bo…

The blog tour for The Cat’s Meow by Stacey Kennedy started this week!  Stacey will be v…