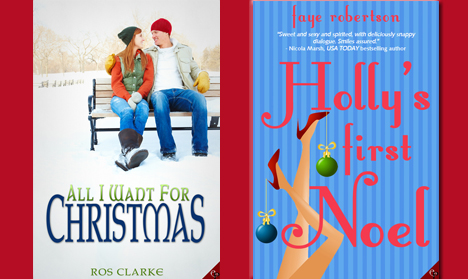 Today marks the very first releases under two of our new imprints, Flirts and Ever Afters.  All I Want for Christmas (So nice of Mariah Carey and Justin Bieber to do the promo single for this title), by Ros Clarke, and Holly’s First Noel, by Faye Robertson, are paving the way for these two lines. We hope you enjoy our holiday gifts to you with these Christmas novellas. 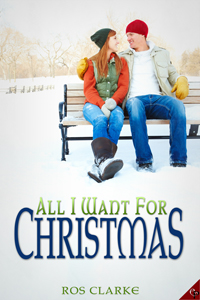 All I Want for Christmas

Last night, Anna Gardner was the life of the office Christmas party—right up until she threw herself at gorgeous advertising executive playboy, Hugh Munro. Again. Last year, Hugh let her pretend their passionate kiss never happened, but this year he’s determined to make Anna admit she wants him as much as he wants her. Except, Hugh doesn’t know the office party is the only night of the year his friend lets her hair down. That every hour she’s away from the office is spent caring for her sickly mother. That her mother’s condition, early-onset Alzheimer’s disease, is hereditary. When Hugh finds out what she’s been hiding, he’s forced to do some serious soul-searching. It’s not fair to Anna or her mother for him to get involved casually, but casual relationships are all he knows. Can he prove to himself—and to Anna—that she’s all he wants for Christmas?

Enjoy All I Want for Christmas, a $.99 Entangled Flirt! 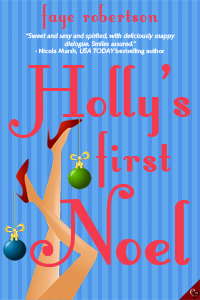 Music teacher Holly Jones is in a festive predicament. Her boyfriend just dumped her the week before Christmas, so why is she only depressed he made off with the mince pies? When the charming science teacher next door overhears the dreaded call and suggests she accompany him on his Scottish holiday retreat, she accepts, eager to spend a quiet week rediscovering herself. Noel Coward‘s wife died on Christmas Eve three years ago. To bury the memories of that day, he spends the holidays getting drunk and watching action movies—which makes him perfect company for a fellow teacher in need of solitude. Except, instead of wallowing in his grief, Noel finds himself comforted by Holly’s presence, fascinated by her mind, and after one innocent kiss, on fire for her touch. As the snow piles up outside, the temperature inside soars, while together, they discover the human heart’s amazing capacity to heal…and love.

Enjoy Holly’s First Noel, a $2.99 Entangled Ever After!

Posted in: Ever After, Featured, FlirtTagged: ever after, flirt
Previous

Heart, humor, and happily ever after… We’re having a summer reading celebration with Rob…

The blog for Toxic, the highly-anticipated sequel to Touch by Jus Accardo, goes live today! Be sure …